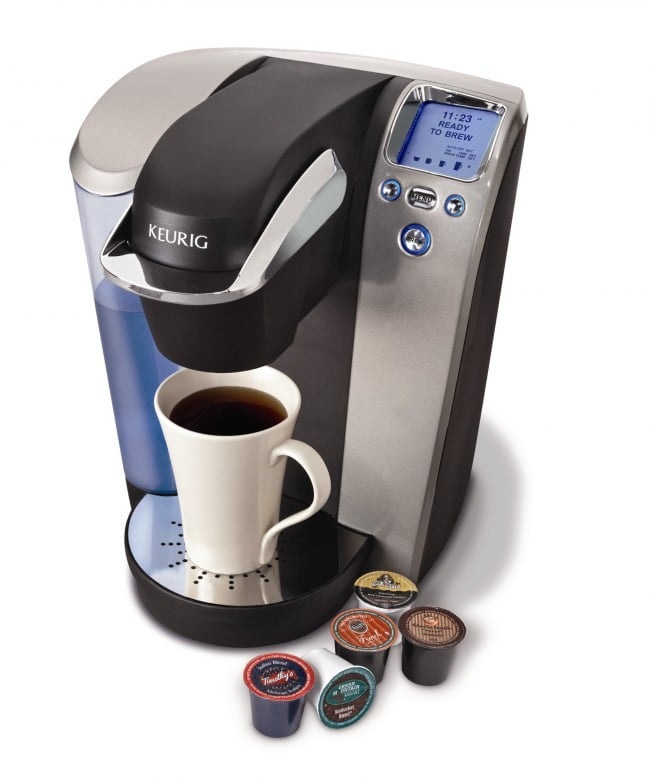 The best coffee pods need a great machine, so behold the platinum model of the mighty Keurig. Or, you could read our Keurig Vue review.

As I stated previously, I love a good cup of coffee, so when I found one of the Keurig Platinum machines on my front porch I was relatively excited. This was going to be another excuse opportunity to drink coffee at all hours of the day in order to facilitate a good and useful review. I wasn’t completely sold on the idea of an expensive coffee maker though – after all, I’m one of the first people to grumble about how much something costs, but could it actually be worth the price? Learn the mistakes to avoid when buying a machine like this.

The Keurig line of brewers are all single cup at a time machines, which may turn some people off right from the start.  After all, if you’re going to have a fairly large coffee machine sitting on your counter, why have it be one that just does one cup?  If you’re thinking like that though, you’ll miss out on a world of coffee bliss. 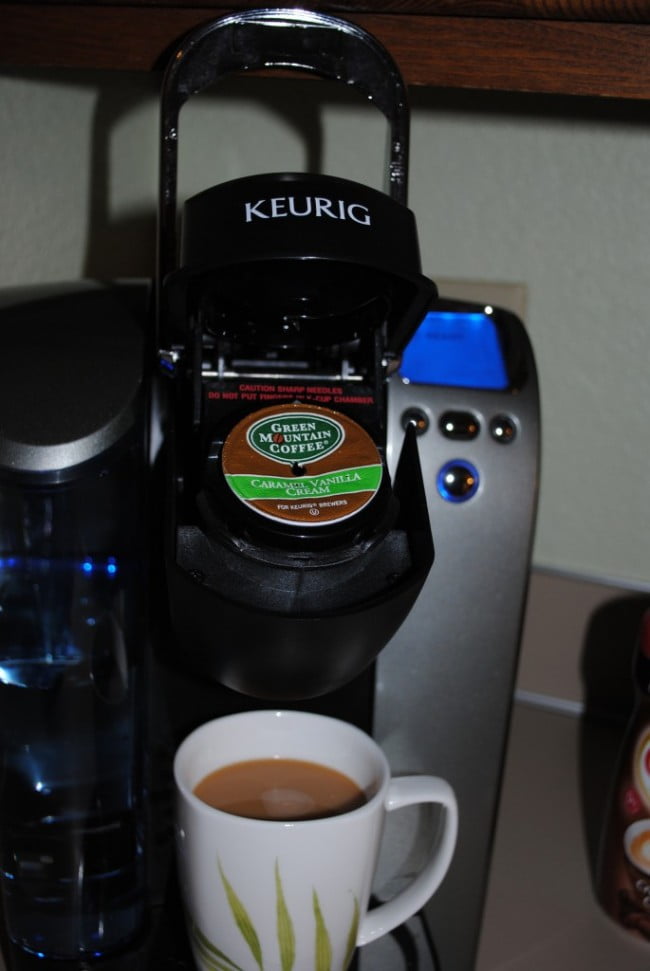 While it’s true that the Keurig Platinum only brews one cup at a time, saying that overlooks the fact that the brew time is less than 30 seconds (thanks to the water staying heated), and that the reservoir holds enough water to make multiple single cups of coffee at a time.  This allows people with different tastes to drink different things.  In my house for example, I love to drink hazelnut coffee, but my girlfriend despises it – she loves french vanilla however, and I could easily do without it.  Prior to the Keurig, I would have to brew a pot of my hazelnut and speed drink it so that my girlfriend could make some french vanilla – either that, or we would just settle for non-flavored coffee and neither of us would be happy.

The Keurig brewer also does a bit more than just standard coffee – it brews tea (hot and cold), hot coco, and iced coffee as well, and it does so very well.  We usually relax with a cup of hot tea in the evenings, so being able to not have to microwave water (or use a kettle) is quite a change – a very good change at that. 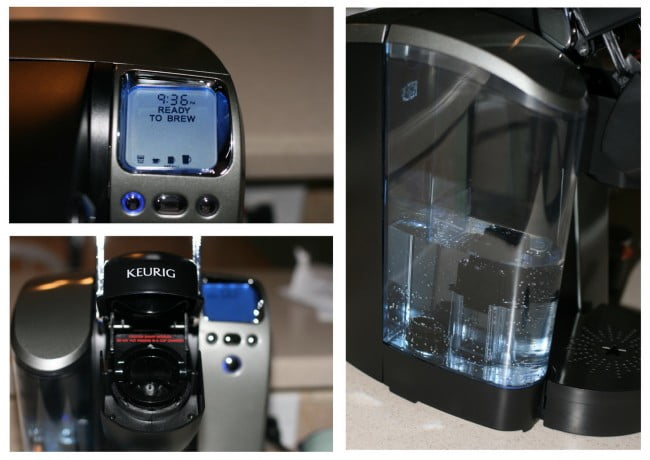 How the Keurig works, is you set a “K-cup” (basically a plastic container with the coffee and a filter in it) into the brewer without opening it.  Two small needles puncture the plastic housing (one on top and one on bottom) to allow the water to flow through the container and brew the coffee.  The water is pulled from the large reservoir on the left side (which has some nice blue LED lighting to illuminate and let you know when it’s low on water), and some of it is kept inside the machine pre-heated for quick brewing.  It’s a very sleek and streamlined process.

I know one of the biggest issues with having a coffee machine is knowing when to clean the scale off of it – do you clean it every three months? Every four?  The Keurig takes the guesswork out of this though, as it has special sensors to know when the scale is built up too much ans is interfering with the brewing.  It’ll tell you right on it’s display screen that it needs cleaned (if only it would self clean though). 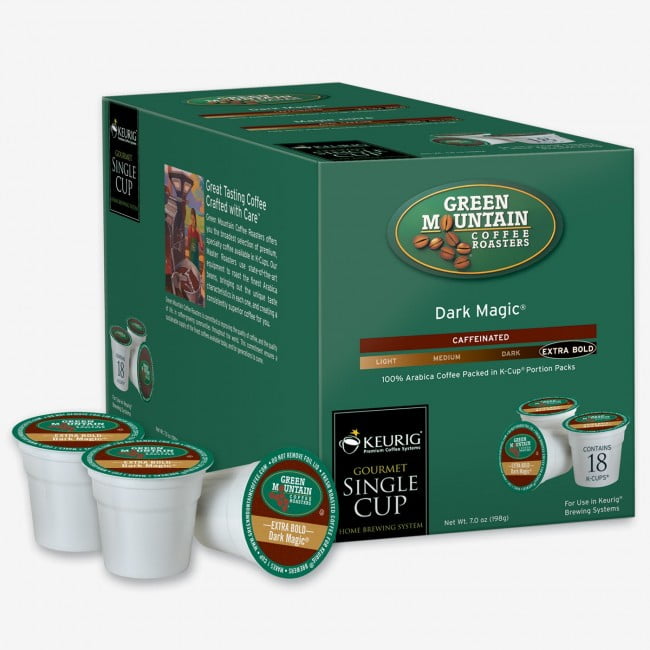 One of the biggest issues with the Keurig though is cost.  Now just the cost of the machine itself, but the cost of the K-cups as well.  If you go to a place like Gloria Jeans on a daily basis though, and would like to be able to brew their blend of coffee in your own house however, the price won’t seem so bad.  Another thing to consider, is when you buy the cheap brands of coffee, how much of it do you end up throwing away?  Either because you never finished the pot, or because it gets stale, there’s a good chance you’re just wasting money.  You’ll never have that problem with a Keurig.  One of the things you can do to lower the price if you’re using it extensively for tea though, is just place one tea bag where you would normally put a K-cup and brew.  It’s not ideal because the bags can rip, and it doesn’t taste quite as good as the actual K-cup teas you can get – but it can be hard to find the K-cup you’re looking for in the stores.

Since the Keurig Platinum has found it’s way into our house, it has caused people that normally don’t drink coffee to brew a cup because of how good it smells.  It’s also been the prime source of all hot drinks made here, which says quite a bit with the varied tastes of my family.  Because of how well it works, and how truly convenient it is I give the Keurig Platinum a rating of 4 and a half stars out of 5. 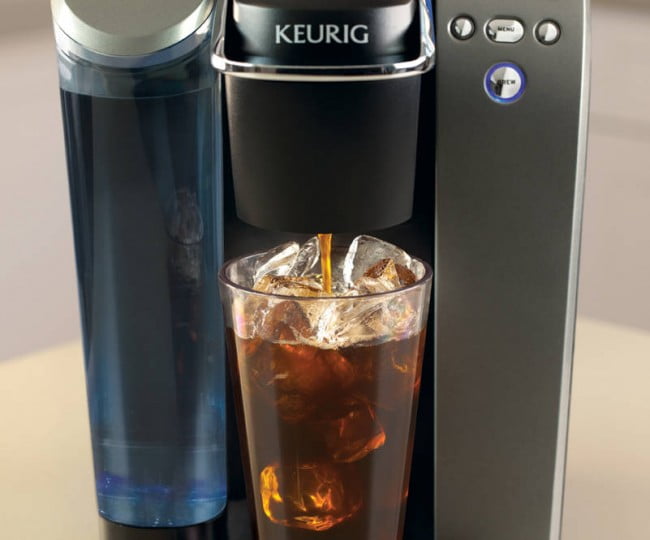 You can pick up the Keurig Platinum from Amazon for $163.50. 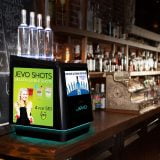 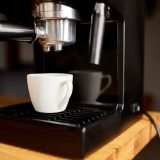 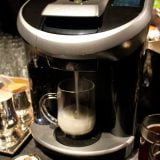 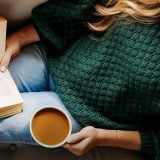