So you’ve plunked down $1400 and purchased a new 13-inch Macbook Air. If you’re anything like me you’ll probably take the utmost care of it for the first few weeks and then as you become more comfortable with your new purchase, which in turn makes it an old purchase, you won’t take the same cautionary measures to ensure its well being.  You’ll be eating ramen just inches from its screen, breaking bread with fellow friends over the keyboard and slurping down a chai tea latte as you enjoy the next YouTube hit. Now when you’re using your MacBook, a laptop bag, even one of the best laptop bags just won’t matter because you’re not going to use your laptop in a bag. That’s where a great case comes in.

InCase is no stranger to laptop cases – clearly, because that’s their name – and in their bag of tricks they sell a Perforated Hard Shell Case for the latest (2011) 13-inch Macbook Air.  It costs $59.95 and is available in white, black and blue.  They make two versions of this case: a glossy and matte.  I got my hands on the matte and while I can’t speak to the glossy version, the matte version has a subtle softness and provides a nice grip in the hand.  Ultimately, it should be less slippery than the glossy version, at least that’s my assumption.

My version of the case contained no rough edges and the ports, while I can’t exactly say are “precision cut” (Incase’s copy on their site) they’re all exposed, which includes the power port, Thunderbolt port, headphone port, SD card slot and two USB ports.  The under belly contains 4 rubber feet, much like the Macbook Air, which elevates the Air by a centimeter or two, which in theory provides additional cooling. 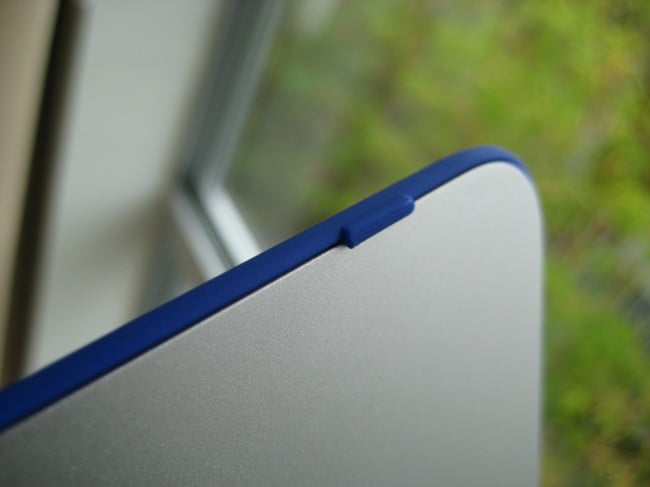 To attach the case you just need to snap it into place.  Since the Macbook Air is just .68-inches at its thickest point, and a mere .11-inches at its thinnest, the case doesn’t have a whole lot to grasp on to, unlike the same Macbook Pro version of the Perforated case.  As a result, the bottom portion, while it initially snapped into place, didn’t have a snug fit and appeared as though it was going to shake loose over time.  The top portion however includes 4 small tabs that securely grasp the computer’s display latching it firmly in to place.

However, I should note that the bottom portion of the case does have two gripping tabs, but since there is no open edge at the back due to the design of the Macbook Air’s hinge, the only secure point for it to latch on to is at the front of the laptop.  As a result the bottom of the case can easily slip off, or so it appeared.  But despite my skepticism, it hasn’t shifted or fallen off in the two weeks of use.

Removing the bottom of the case is simple since there are just two tabs securing it in place.  The top portion took a bit more fiddling and proved so secure that I became fearful that I might damage my Macbook Air’s screen.  I recommend unlatching one tab, closing the laptop and then slowly leveraging it off the screen.  Go slow, though, since the Air’s screen is much more fragile than a Macbook Pros.  This is the biggest, if not only drawback of this version of Incase’s Perforated Hardshell case. 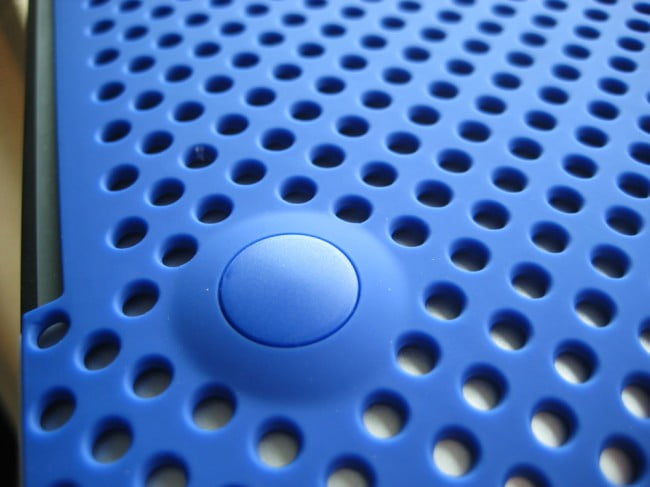 The weight of the case is negligible, but arguably significant from a spec stand point since the 13-inch Macbook Air weighs just 2.96lbs.  The real caveat is the aesthetical sacrifice.  It covers the top and bottom of the the laptop and negates some of its svelteness.

No matter where you go or what you do with your Macbook Air a scratch will always be a foot.  Perhaps a coffee shop table with a slightly exposed nail awaits your precious computer’s underbelly, or an innocent stranger is fumbling for their keys only to drop them onto the lid of your new Air.  Ultimately, that’s what this case will protect it from.  If you happen to drop your Macbook Air to the floor it might provide a tad bit of protection, but chances are a set of tears and a embarrassed face will follow.  So with that said it’s what you do with your laptop and your penchant for Apple purism that will dicate if you can justify the $60 cost. 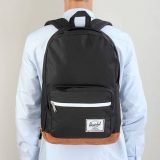 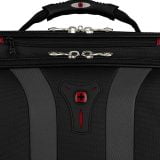 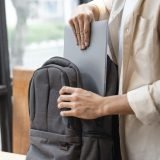 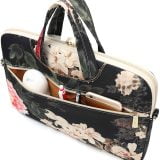 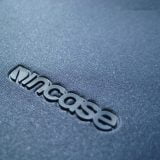