Headphones used to be dull — boring even. All they did was go over your ears and convey the sound from your audio device. That’s it. Did they need to look good? No way! In fact, the companies used to take pride in how clunky they appeared. Check our list of some of the best over-ear headphones on the market.

Times sure have changed. Some might say it’s because of mobile devices like smartphones (iPhone) or MP3 players — but I say go back to when the Walkman was the high-end of music mobility. It seems pretty evident to those in the know, but also to those uninitiated, that little earbuds couldn’t cut it when it came to getting the sound out. You needed big audio drivers inside of big earcups to make that happen. And you had to wear it on your head, as you would with the Cowin E7 Pro.

Of course, the big issue then was not looking like a dork, so maybe that’s why a few years ago the big boys in the headphones world started retooling their over-the-ear headphones. And bringing in endorsements which, all snark aside, is pretty meaningless unless accompanied by a real tie in between the tech and the endorsee.

So where we are today is that over-the-ear headphones have to look as good, if not better, than just vanilla. And for sure it wouldn’t hurt if it sounded good too.

Related: For those shopping for an on-ear headphone, have a look at the House Of Marley Redemption Song On-Ear Headphones review 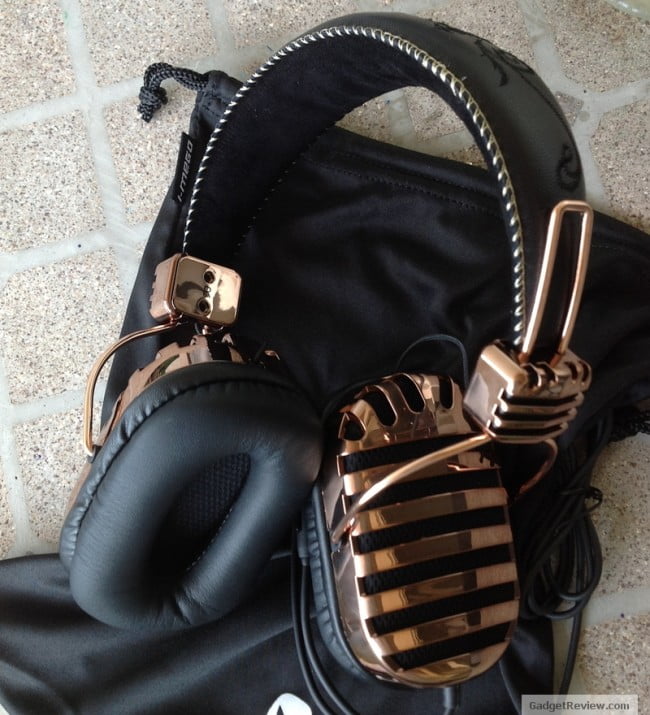 All that is what i-mego hopes you’ll agree with when you see, wear, and look in a mirror for the reflection of you wearing their highly-rated over-ear headphones. Called THRONE, it comes in two colors — the one I have on hand is gold. And yeah, it’s good to be the king.

We’ll start with what we can see — a lot of gold tool-work highlighting the medium-sized ear-cups. There’s a wireframe motif that extends on the back of the earcups and runs up and through the framework that connects the hinges to the headband. Being that the headband is black, and the earcups also, the matching of the two colors is pretty classy. Building that up, even more, is the fact that the headband is not just padded, but leather ANDembossed, and has matching gold stitching running along the sides. The overall effect is an “expensive” look, but that’s a fake-out since the retail is about $129. Read that as “expensive look, affordable cost.” With that said, the JBL Tempo on-ear headphone will run you about half that price.

The cups move vertically to adjust to the wearer’s head, but don’t expect a whole lot of angling mobility. It’s not there. This is a straight-up pair5 of headphones: you pull the headband to ensure that each cup hits an ear and that the headband is snug. End of adjustments.

Related: Do you want a headphone that doesn’t have joints or collapsible ear cans? Check out the Incase Reflex Headphones review 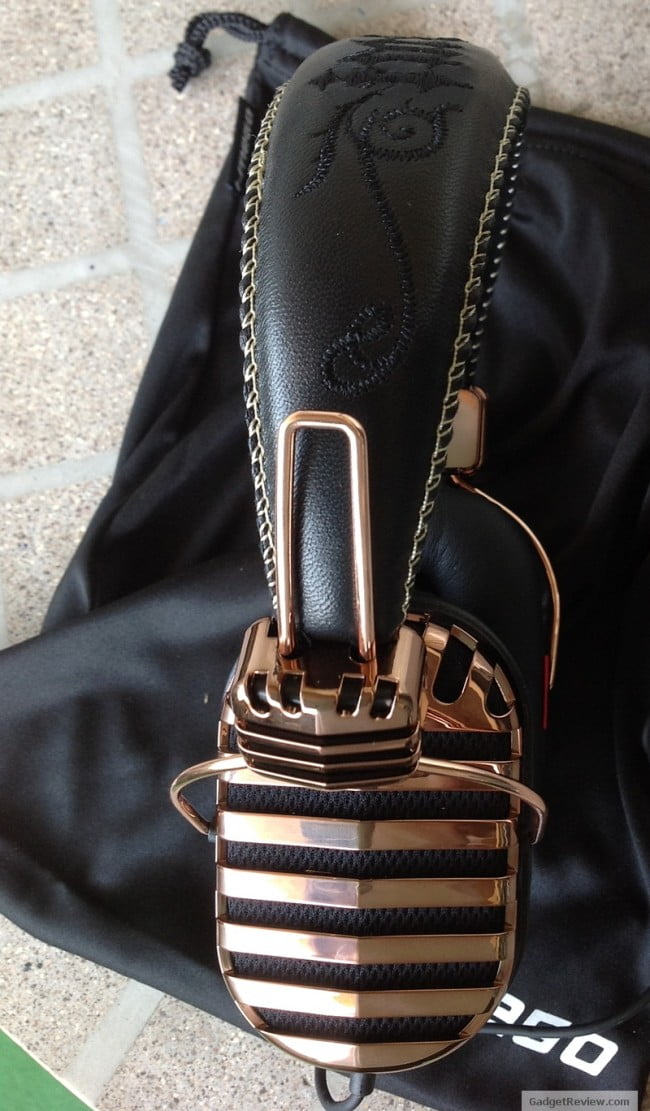 As to the earcups themselves, by the nature of a pair of over the ears, you get a fairly good seal to start that filters out most ambient noise. The THRONE’s earcups are nicely cushioned and won’t chaff even after an hour or two has passed. Super comfortable they’re not, but that’s more of a personal thing because medium-sized cups will be less cozy for those who have big heads. Sorry and not trying to be rude to anyone who is Hulk Hogan-ish, but it’s true. If you’re a teen or in your early 20’s, most likely you wouldn’t even understand what I’m talking about, much less feel what I am saying (physically, not emotionally).

The earcups are big enough to allow for 40mm drivers — this is becoming a bit of a “standard” for the market these days, especially among the mid-sized over-the-ear models. Genially speaking, this driver is big enough when combined with the room provided by the earcup to allow for good audio where vocals are clear and the bass is well situated, but not overly “boomy.” 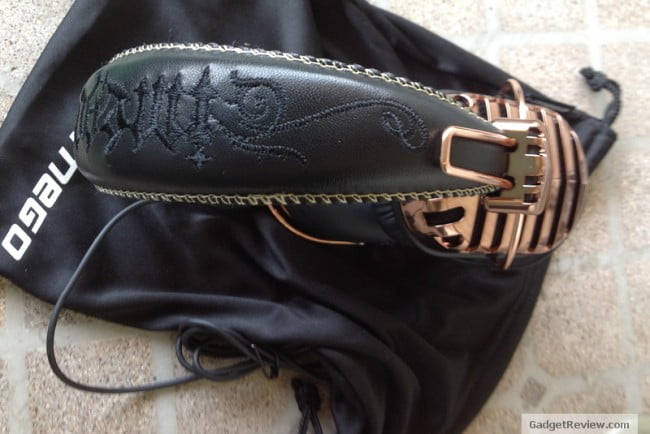 And because it’s what you do these days, an in-line button is included to activate the line when a call comes in — if using it on a mobile device that uses same, like a phone, and works in conjunction with a mic so those you are listening to can listen to you as well. There’s also an adapter that works well with other phones (think: Android), as well as an adapter for use with “big boy” headphone inputs that takes care of the 3.5mm plug. And the whole sha-bang can go in the soft pouch you get for being a good person.

So with all that in mind, I adjust the THRONE on my head and take a walk to the Dollar Store up the block while tunes play out through my iPhone. As expected, the seal of the cups padding is mitigating the majority of the surface noise — in this case being the street with cars that I have to cross over in order to get to the store. A call comes in — I tap the button to take it — and marvel at how blasé I am at having such cellular abilities. The voice on the call was clear and easily understood — though I was told to speak up since the mike has no technology in it for handling surface noise. In the store I got a lot more stares than I’m sued to — okay, all jokes aside, what I mean to say is when I’ve gone there wearing my white iPhone earbuds, I’ll get the normal glance or two that is part of life — but here the THRONE’s gold color scheme is calling out more like someone waving a red scarf at a bull. If part of i-mego’s selling point for this headphone is that it doesn’t get ignored like so many other over-the-ear headphones do, looks like they succeeded. But where an over-the-ear headphone can really shine is listening to classical music — yeah, that’s not going to be happening much with the majority of those buying this (but I can hope, right?).  In a controlled environment like your living room or bedroom, where you can listen to music that hasn’t been low-rezzed to death, you’ll find the value that over-the-ear headphones bring. Listening to Leonard Bernstein and the NY Philharmonic in some remastered performances lets me safely say that there’s no embarrassment in wearing these for Lennie. With all the audio adjustments and modifications set at average, the THRONE is no embarrassment to be listening to. Now compared to that of an extremely more expensive pair I have on hand, the THRONE’s bass seems a bit “harder” than it should be. But considering the kind of audio that’s usually going to be coursing through it, I can see this as being an asset.

Bottom line: The overall performance of the THRONE is better than acceptable inside, and quite a hoot when worn outside because of the attention it attracts. Smartphones combine the convenience of a mic and have the ability to shut out the outside world so that what is being heard doesn’t have to mix. 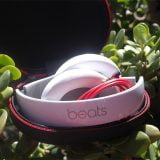 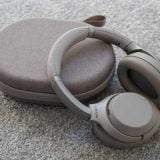 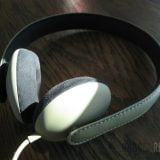 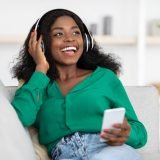 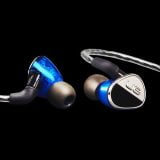 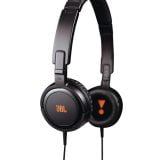