Most drone users don’t even consider an RC quadcopter as the best indoor drone. But at this price, pretty much nothing else comes close to the Hubsan X4 H107L. Because it has LED lights built-in, it’s actually one of the best drones to fly at night at any price point. 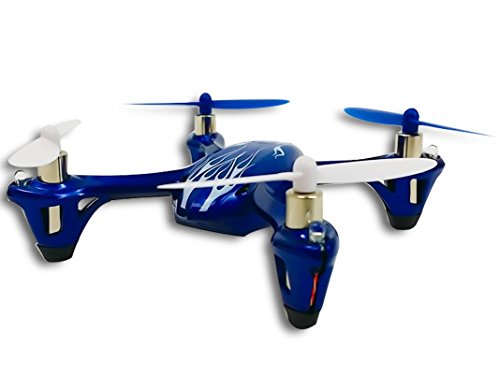 The Hubsan X4 H107L RC Quadcopter is a fantastic drone below $50. Pretty much everything you need at this price, other than a built-in camera or camera mount, this drone has it all. And the durable build is nicely complemented by the sleek design.

Just like most other RC quadcopters at this price, the Hubsan X4 H107L also comes with two-speed modes. For beginners, we recommend practicing with the lower speed mode first, as the high-speed mode is extremely fast. And unless you want it to straight-up crash onto a wall at full speed or something like that (which will break it), you should stick to the low-speed mode in the beginning. The top speed of this thing is surprisingly close to the DJI Spark remote-controlled drone, which costs $300 more. You may want to check out our Hubsan H301S Spy Hawk review for a drone with a better flight time.

For a $30 indoor drone, the Hubsan X4 H107L sports an extremely high range, unlike the JJRC H37. And that is partly due to the high-quality 2.4 GHz transmitter present both on the controller and on the drone itself. You’ll lose sight of it before you start losing signal; it’s that good. But, if you need even more range, you need to spend more on the Tello Quadcopter Drone.

Just like the Newest Syma X20, it’s a durable RC quadcopter, no doubt about that. All the internal components, including the coreless motors and the 240 mAh high capacity LiPo battery, are tightly sealed and well protected. But, just like the Holy Stone HS200, if you crash it onto a concrete wall at full speed, it will break. Besides the modular blade protection guard, you also get four sets of multicolor replacement propeller blades.

Similar to the BLADE Nano QX, there’s no built-in camera that comes with this drone. And there’s no camera mount either. Considering the flight time is just around 6-8 minutes, it doesn’t make sense for it to have a camera. The LiPo battery (even though it’s a high-capacity battery) faces a hard time already with the LEDs inside and the low flight time. Adding a camera to the equation would make matters worse.

The value aspect of the Hubsan X4 H107L is pretty incredible, because you can’t get good quality motors, or a high capacity LiPo battery like this on any other drone at this price. And the built-in LED light is just a cherry on top. 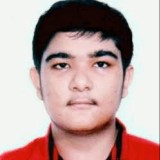