Not many laptops are able to match super good looks with super high end specs as well as the HP Spectre. This new Spectre from HP offers the option to go either with a 1080p or a 4K AMOLED display, and in addition to that, its screen is significantly bigger than that of its previous model from last year. Users also get to enjoy a long battery life, as this new Spectre x360 is capable of running for an impressive 14.5 hours. Flexibility is another major selling point for this convertible laptop, as it can be easily switched between tent, studio and tablet mode to reveal the sexy “Spectre” imprint on its hinges. Now that you know just a bit about the Spectre x360, let’s dive into the details and see if indeed it could be the best ultrabook you can get your hands on in 2020. If you’d rather have a PC, take a look at our Samsung ATIV 7 all in one Window 8 PC review too. If you’re working from home, you might also be interested in our guide to the e-pad laptop pillow desk. 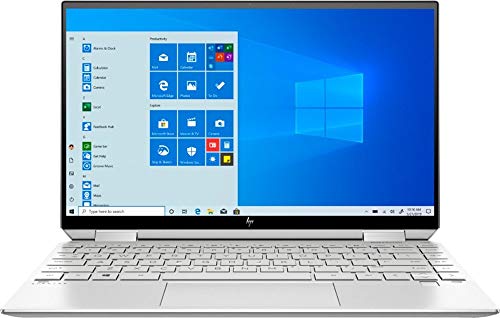 The HP Spectre x360 is easily the most stylish ultrabook you can get from HP. This marvel comes packed with a sharp 13.3 inch display, a snappy Core i7-1065G7 processor, and Intel Iris Plus graphics. If you need a smaller computer to take on the go, check out our Samsung ATIV Book 9 Lite laptop review too. Or, if you want to stay the most up to date in the latest in computer technology, take a look at the Dell Latitude E4200 (availability/date unveiled).

To start things off, our review unit carries a powerful Intel Core i7-1065G7 processor, which is backed by 8 GB of memory and a 512 GB SSD drive. These are decent specs for most uses, but the HP Spectre x360 also accommodates gamers and creatives through its Intel Iris Plus integrated graphics card, which is a step up from the Integrated UHD Graphics that you’ll find with most modern ultrabooks (such as the Asus Zenbook 14). The HP Spectre also includes 32 GB of Intel Optane memory to keep boost times fast and turbo charge data transfer between the memory, storage & processor.

If anything, you’ll probably love the HP Spectre x360 for its design more than what it can do. This HP ultrabook creates a strong statement with its gorgeous looks, aluminium body and sharp edges. It features ultra-thin bezels, an edge-to-edge display and what is probably the world’s smallest IR camera at 2.2 millimeters. Having the power button located on its side might take a bit of getting used to, as does the USB-a port that you also won’t find with most ultrabooks today (save for the Microsoft Laptop Surface 2). Another intriguing addition is a webcam killswitch that you’ll find right next to the SD card slot, which is probably a lot better than having a short tape to conceal your camera.

When most people think about Ultrabooks, it’s mainly the Macbook Air and Macbook Pro that come to mind. These two may earn a lot more consideration than the HP Spectre now, but that might actually change in the near future. Not many ultrabooks can boast of a battery life that pushes through 14 hours (the Lenovo Yoga 720 included), together with an Intel Iris Plus graphics processor that’s much better than the Intel UHD you’ll find with the Dell XPS. Also, its Core i7 Ice Lake CPU is pretty much capable of anything you would want to do on the go.

The HP Spectre offers the perfect balance between good looks and great performance. The ultrabook has all the power to get whatever you want done, and its long battery life will let you keep busy for as long as you need to be.