The HP Chromebook X2 allows you to use the chrome os to a greater extent than most chromebooks thanks to its Intel Core M3 processor and 4GB of RAM. Whilst making the most out of android apps with its detachable 2-in-1 design the Hp Chromebook X2 also features a touchscreen display and an included stylus. And so, with all that and a whole lot more the HP Chromebook X2 is the best chromebook for those who are looking to get an increase in performance without reaching too deep into their pockets. 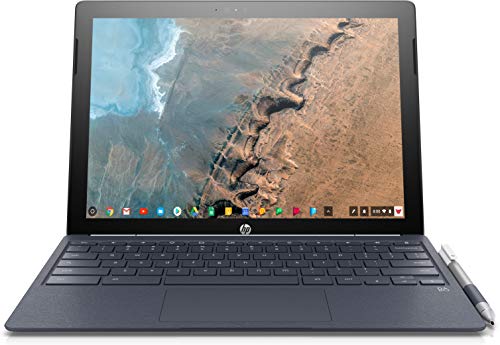 While the X2 does come with the Intel Core M3-7Y30 processor and a Intel HD Graphics 615, it is limited to 4GB of RAM. This will limit your use to a number of tabs and apps on the operating system, but in a way it’s an upgrade from those Intel celeron processors in some other chromebooks. It surely does not offer as high a performance as that of the Google PixelBook but considering its price, the HP Chromebook X2 offers more than sufficient power to do the tasks you need to do. If you need a different model with 8GB of RAM, consider checking out our review of the HP Chromebook X360 14.

When it comes to the storage, the Hp Chromebook X2 comes with 32 Gb of eMMC storage which most certainly isn’t enough or even up to par with that of Asus C302 Flip or the Samsung Chromebook Plus V2. It’s a drawback, but you can make a compromise with cloud storage as well as an SD card, thanks to its SD card slot (however, if you work with large files and want another option, the HP Chromebook 14 might be a good fit) . Moreover, the X2 comes with a 12.3 Inch display with a 3:2 aspect ratio and a resolution of 2400 x 1600. With its bright and vibrant colours, the display makes the HP Chromebook X2 a great laptop for watching movies as well as reading articles. And paired with its battery life of around 9 hours of video streaming, which is greater than that of the Asus Chromebook Flip C302, you’ll spend less time with your laptop plugged in and more time on the go.

Furthermore, the X2 comes with 2 cameras, a 13 megapixel back camera and a 5 megapixel webcam. They aren’t that great but they’re moderately good for video calls now and then. Adding to that you also get the Banf and Olufson stereo speakers which are better than average speakers and offer a quite loud and clear sound quality, but it’s not the best. However, you may just be spending most of the time listening through headphones, so it really isn’t a drawback at all.

Finally, the keyboards on the Hp Chromebook X2 have a good amount of key travel and are great for typing once you get used to them, but unfortunately they are not backlit like that of the Asus Flip C302. As for the touchpad, it’s slightly undersized and decent, but on the other hand, you can just use the stylus, making the most of its responsive touchscreen.

With a pretty unique design for a chromebook, the detachable screen on the HP Chromebook X2 is a great feature to have. It allows you to easily swap between tablet and laptop modes, and unlike the surface pro or the ipad pro, it has a solid keyboard rather than those kickstand ones. Which is a great thing to have when you spend most of your time with the device on your lap. Additionally, you no longer have to worry about constantly pressing on the keyboard at the back, while you use the device in tablet mode. Unlike many Microsoft Surface Devices, you can now easily take the screen off the keyboard and put it back in as easily thanks to its magnetic design.

You may be thinking that the hinge may be compromised, but on the contrary the hinge on the HP Chromebook X2 is sturdy and doesn’t wobble easily. However, with most of the weight on the screen, you may find the tablet to be a bit heavier than an android tablet. Speaking of that, the entire device measures around 0.59 by 11.5 by 8.3 Inches and weighs around 3.07 pounds with the keyboard attached. This is pretty light and compact, and allows great portability, but if you prefer something more lighter and travel friendly, the Asus C302 Flip is a great option. And apart from the headphone jack and a micro SD card slot, the HP Chromebook X2 offers only two USB-C ports so you might need some adapters to connect certain devices.

With devices like the Pixel Slate with their additional keyboards and styluses, pricing around $1000 at the least, the HP Chromebook X2 offers a great amount of performance for almost half the price. It allows you to keep quite a number of tabs open and is much more responsive than the cheaper chromebooks out in the market. It has a solid build and a design of the first of its kind among chromebooks, allowing for greater flexibility in your day to day use. Overall, although it’s not the best performing chromebook out there, it’s a great pick for those who want a good chromebook but have a tight budget.

The HP Chromebook X2 may not be as powerful as the Google PixelBook, nor does it have as great a display as many other Chromebooks. It is slightly heavier than the Asus Flip C302, so it may not be as travel friendly. Nor does it have as much storage as the Samsung Chromebook Plus V2. But overall, the HP Chromebook X2 offers you all the performance you need, allowing you to open up a number of tabs before the device starts to lag and with its solid and premium design, with a unique detachable display it stands out among the mid range chromebooks. You can get the Flip C302 or the Samsung Chromebook Pro at a lower price, which offer a similar performance. But, if you value the detachable 2-in-1 design and the longer battery life, the HP Chromebook X2 is a great pick for you. 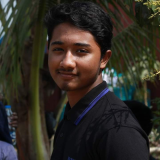