How to Repair a Magnetron in a Microwave

The magnetron can malfunction even in the best microwave ovens, but as long as you follow some safety guidelines carefully, it’s a fairly easy fix, just like repairing microwave rust. But, the bigger question is whether it’s worth the trouble and cost.

The magnetron is what generates the actual microwave energy in your microwave oven- thus, it’s one of the most common components that need repairing or replacing. If you know how to repair a magnetron in a microwave, you’ll gain some handy points while learning other important skills like how to discharge the microwave capacitor.

A failed magnetron is often the culprit when a microwave oven won’t heat food or liquids, but troubleshooting with a multimeter or ohmmeter will tell you definitively.

What is the Magnetron in a Microwave Oven?

The microwave magnetron is essentially a high-powered vacuum tube that generates high-frequency waves- microwaves, to be exact- to heat any water present in the thing being cooked- which is directly related to why some plates get too hot in the microwave It’s the heart of your microwave oven and nothing can be cooked without it, so when it’s malfunctioning or damaged, you’re either looking at a replacement part or a new microwave.

If your microwave oven isn’t heating, the culprit will either be the magnetron, a door switch not providing electrical continuity, or a high voltage diode- here’s how to troubleshoot for the magnetron and repair it or replace it if need be.

How to Troubleshoot and Repair the Magnetron

To troubleshoot the magnetron, you’ll need an ohmmeter or multimeter (sometimes called a Multi – Meter).

First, unplug the microwave power cord from any power source and make sure the high voltage capacitor is fully discharged- it’s dangerous to attempt any work on a microwave oven otherwise.

What to Do Next

If you’ve determined you need to replace your magnetron, you have two options: buy a replacement and follow the simple replacement guide- or replace the microwave altogether. A new magnetron isn’t cheap- it could run you anywhere from $100-250- more often than not equal to or greater than the cost of a new microwave.

Given the repair costs and the safety and damage risks involved in microwave repairs, it’s strongly recommended that you opt for a new microwave replacement in most cases. If you do decide to install a new one, it’s still recommended you take it to a professional, which will, of course, add labor to the cost.

So, while magnetron replacement is an option, it’s generally not a practical one. Smaller components like a fuse or door interlock switch are usually worth replacing, however.

The cost of replacing a magnetron is usually as much or even more than the cost of buying a new microwave, which makes it an impractical option instead of replacing the whole oven, most of the time.

How long does a magnetron last?

Magnetrons in microwaves are generally rated to last for about 2000 hours of normal use before they start to malfunction and even cease to work altogether.

What causes magnetrons to fail?

When a magnetron stops working it’s usually due to either broken magnets, burned terminals, or a melted antenna, regardless of the model. When any of these things happen it usually means a replacement is required.

Is it worth replacing a magnetron in a microwave?

The short answer is no, generally not. Given that a replacement magnetron can cost anywhere from $100-250, not even considering labor if it’s done by a professional repair tech (which is strongly recommended), it’s an expensive repair, and considering that bigger microwave repairs can be dangerous if the unit isn’t properly discharged, you’ll often spend as much or possibly less on a new microwave oven.

STAT: It’s usually better to get a new microwave if your microwave is 6 years or older. (source)

STAT: The market size by revenue of the appliance repair industry in 2021 is over $4.5 billion. (source)

STAT: The word magnetron was coined in 1921 by General Electric. (source) 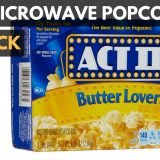 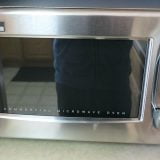 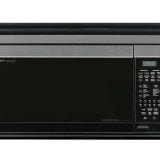 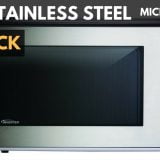 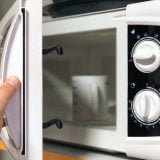 How to Deodorize a Microwave 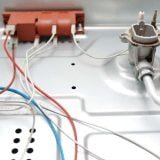 How To Replace a Microwave Diode