How to Bring Hoverboards on a Plane

The best hoverboards, otherwise known as self-balancing scooters, are a fantastic way to travel on roads and even on rocky terrains and other off-road situations. But remember, the increased power and battery of off-road models may increase the hoverboard cost. This makes them, in theory, a perfect accompaniment for a vacation. After all, what could be more fun than exploring a new location via hoverboard? If you are traveling via car, train, or bus, you will have no problem carrying your hoverboard to your final destination. If you plan on taking a flight, however, you may run into some trouble.

Until around 2016, airlines were happy to accept hoverboards as long as they were packed away and sent via checked luggage. That changed when stories began circulating of exploding hoverboards, causing the large majority of national and international airlines to eventually ban them entirely, including Southwest Airlines, Alaska Airlines, and others. This includes packing them as a checked piece of baggage or as a carry-on. So if you are wondering how to bring a hoverboard on the airplane with you, you may be out of luck, though people should keep reading for tips.

When hoverboards first arrived on the scene, around 2015, they instantaneously became a must-have gadget for kids, with adults also participating in the new craze. While many reputable companies, including Swagtron and Segway, manufactured high-grade scooters with durable and safe components, new companies popped up and began producing low-quality products with below-average batteries. Because of this, there was an increased risk of fires. If you are concerned about how to stop your hoverboard from exploding, buying a hoverboard that is UL2272-certified is your best bet. Additionally, you should not use a cheap third-party charger if you lost the charger that came with your hoverboard.  You can also read our article on how to charge a hoverboard without a charger to see your safe options.

Most hoverboards, and other electronic gadgets, receive power from embedded lithium batteries. While the great majority of these battery packs are made with safety in mind, boasting UL certifications, some of the packs that accompany cheaper boards made by less-reputable companies can become an issue. These cheaply made battery packs led to the aforementioned stories of hoverboards bursting into flames. Even though the large majority of hoverboards for sale would be absolutely safe to fly with, people didn’t want to take the risk, so they banned all hoverboards that include a lithium-ion battery pack. This includes companies such as Southwest Airlines and Alaska Airlines. Similar regulations have been placed on related electronic gadgets placed in baggage.

Oddly, hoverboards are not an issue with the TSA, otherwise known as the Transportation Security Administration. The TSA allows hoverboards to pass through security checkpoints as baggage, even if they are outfitted with lithium batteries. The issue lies squarely with the airlines and the people who work for them. In other words, even if you get through the security people, you won’t actually be getting on the plane with your hoverboard.

Just because the airline won’t let most hoverboards on board doesn’t mean you are completely out of luck. We have assembled some tips to ensure you will get to enjoy riding your favorite personal scooter while on vacation.

Not all hoverboards use lithium-ion battery packs. Some of the top-rated products have adopted different technologies in order to power their batteries. These lithium-free hoverboards can be taken on airplanes, though you may have to plead your case with an airline employee, as the technology is on the newer side, and not everyone may know the difference between the two types of hoverboards. Many airlines give the crew the final say as to whether or not a lithium-free hoverboard will be allowed on the flight. We’d advise calling ahead.

One surefire way to get your hoverboard to your vacation destination on time is by mailing it. While USPS will not ship hoverboards that are equipped with lithium-ion batteries, the same does not hold true with companies such as UPS and FedEx. This should prove to be a relatively simple process while shipping a hoverboard within the 48 contiguous states, but you will run into issues while attempting to ship a product internationally. Additionally, shipping something as large and heavy as a hoverboard could end up on the expensive side. You’ll have to contact a smaller freight company directly and speak to someone for international shipping.

Take a Bus, Train, or Car

If you really want to be certain that a hoverboard will arrive at your chosen destination, take it with you. Instead of flying to your vacation spot, rent a car or drive your own. Other options include buses and trains, as companies such as Amtrak and Greyhound do not place strict restrictions on hoverboards regarding baggage. It goes without saying, also, that a car rental company places no restrictions on hoverboards whatsoever.

Call Ahead of Time

Even if you are taking a Greyhound or shipping a hoverboard as baggage via a lesser-known freight company, it would be a good practice to call ahead of time to ensure that they will allow the presence of a self-balancing scooter.

You can always rent a self-balancing scooter while on vacation. Most vacation destinations have well-maintained hoverboard rental services, which can be accessed for a daily or hourly fee. This will be a boon if you can’t get your hoverboard to your destination as checked baggage.

Though the United States Postal Service (USPS) will not ship hoverboards, for the same reason airlines won’t allow them as baggage, this does not pertain to independent shipping companies such as FedEx and UPS, among others.

Technology rapidly changes, and hoverboards are no exception. Some of the latest high-grade models are made without the use of lithium-ion battery packs, making them safe to fly with. You will still want to call the airline ahead of time to be sure they can be placed on board as baggage.

Be careful. If you check out the TSA’s page with hoverboards, they suggest that they are perfectly fine to take through security checkpoints. This is true; however, the airlines themselves won’t allow them on board as baggage.

The post office will not ship hoverboards, so take that into consideration. You can use FedEx and UPS to ship a standard hoverboard, but only throughout the contiguous United States.

Airline standards regarding hoverboards tend to fluctuate from year to year. One used to be able to fly with a hoverboard so long as the lithium battery was removed. This is no longer the case, as they will not be allowed on as baggage.

If you do bring a hoverboard to an airport, the airline could confiscate the unit instead of allowing it on board as baggage. At any rate, you will not be allowed to board the plane before disposing of it in some manner.

Bringing Hoverboards On A Plane FAQ

Can I take my hoverboard on a plane?

Short answer, no. All major airlines have banned hoverboards from both carry-on and checked baggage. This is due to the inclusion of lithium-ion batteries in self-balancing scooters.

Are lithium-free hoverboards allowed on planes?

Technically, yes. Though it depends entirely on the airline’s policy and the flight crew. In other words, call ahead to be sure you will be able to fly with your lithium-free hoverboard and related electronic devices as baggage.

Are there any alternatives to flying with a hoverboard?

You can ship a hoverboard via FedEx or UPS, though only throughout the contiguous United States. You could also take a Greyhound bus or a train to your final vacation destination, placing the hoverboard and related items, including spare batteries, in the baggage area.

Can I ship a hoverboard via USPS?

No. Though independent shipping companies, such as FedEx, do allow hoverboards to be mailed, the United States Post Office does not allow these items.

Do you need insurance for a hoverboard?

No. Hoverboards do not meet current road standards for vehicles such as automobiles. As such, they do not require insurance in order to ride. 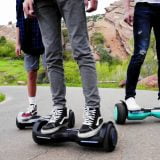 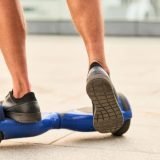 How Fast Are Hoverboards 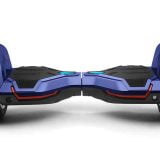 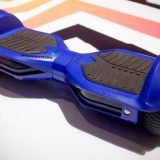 Guide to Returning a Hoverboard 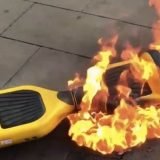 Why Do Hoverboards Catch on Fire? 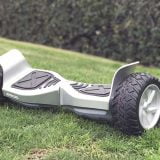