How High Can Drones Fly?

Keep reading to find out more about the altitude limit imposed on hobbyist drones and the exceptions to this rule.

Joining drone communities allows you to connect with other enthusiasts and help you learn more about the safe operation of consumer drones.

The Maximum Altitude for Modern Drones

However, you might still wonder how high drones can be flown if the drone operator has no limit. This is a fair question and a point of fascination for many recreational drone pilots. Drones with rotors typically top out at 33,000 feet.

Unmanned aircraft from the United States government have reached well above that, though. Some of them have reached upwards of 50,000 feet.

The Legal Limits on Uncontrolled Airspace

There are some drone regulations of which any hobbyist should be aware. For example, you’ll need to know how high can a drone fly legally.

However, exceptions to this rule exist. Understanding drone regulations will serve you well as you begin to enjoy your coming drone flights.

Recreational drone pilots must only fly in uncontrolled areas with a 400-foot limit. This rule exists to keep everybody safe. After all, you don’t want air traffic controllers having to worry about drone collisions with aircraft.

Exceptions to the 400-Foot Rule

There are a few exceptions to the allowable altitude for hobbyists. For example, those looking to do aerial photography will likely need to achieve a higher altitude than the current altitude rule.

You need to ensure that you always understand the difference between controlled and uncontrolled airspace and the status of the airspace around you.

For more information, read up on how long it takes to get a drone license.

STAT: The most popular quadcopters or drones in the world are produced by Da-Jiang Innovations, popularly known by the trade name DJI. (source)

How High Can Drones Fly FAQs

What is the highest altitude military drones can fly?

Some commercial and military drones have an uppermost limit of 30,000 feet. However, there have been recorded cases of drones reaching sub-orbital levels as high as 50,000 feet.

Why is there a height limit on consumer drones?

We have limits and drone laws to ensure safe drone operation for hobbyists and professional drone pilots. This helps keep encounters between drones and other objects to a minimum.

Where do you begin measuring from for the 400-foot limit?

The rule refers to the amount of feet above ground level, so it depends on where you are. You have to find what ground level is in relation to your projected flight path.

Can any drone pilot fly above the 400-foot limit?

Commercial drone pilots receive special licensing to fly above the legal height limit. They still must be mindful of their feet above ground level and any manned aircraft in the area. 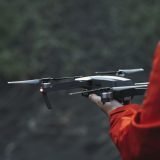 How to Use a Drone Camera 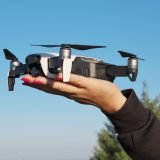 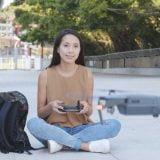 How to Connect a Drone to a Controller 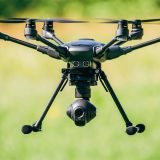 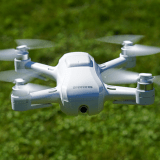 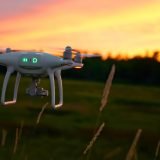