How Does the F Stop on a Digital Camera Work?

If you have been experimenting with a top-rated digital camera, or even if you are a seasoned vet, you may be wondering about the mysterious F stop. How does the F stop on a digital camera work? Keep reading to find out.

What is an F-Stop?

When it comes to photography, the single most important aspect is light. Luminescence essentially creates the image, after all. So what’s an F-stop? Light is controlled with a digital camera by the aperture and shutter speed. A larger aperture size, or maximum aperture, means more light is allowed to pass through the image sensor. A camera’s F-stop is the mechanism that controls the aperture. It has no bearing on a manual lens for a digital camera, but it can cause distortion in a camera if not calibrated correctly.

In other words, the F-stop regulates the amount of light that can pass through a lens at a predetermined shutter speed. The terms aperture and F-stop are often used interchangeably. But, this is unlike the digital rangefinder in a digital camera, as it’s a totally different function.

Don’t fear experimentation. Try setting the F-stop low along with the shutter speed for some truly bizarre photographic effects. You can also go in reverse, using maximum aperture.

How is F-Stop Measured?

The metadata in a digital camera can tell when a photo was taken but the F-stop will help you take awesome photos, especially if you use the leading mirrorless camera. The “F” in F-stop stands for focal length. The F-stop is typically illustrated as a fraction, such as F:8. If the “F” stands for focal length, you are solving for the diameter of the aperture blades in your lens. Focal length divided by that diameter is your actual aperture.

How Does the F-Stop Work?

The functionality resembles that of an hourglass. The wider the aperture size, the more light is allowed to pass through to the image sensor. Adjusting the F-Stop allows photographers to find the correct exposure for their digital images.

Are F-Stops and Shutter Speed Connected?

Can I Set Any F-Stop That I Want?

Not really. Your F-stop range will be dictated by how small your aperture blades can close and how wide they can open. Eventually, you will reach their limit and you will not be able to increase or decrease the aperture anymore. Each digital camera features a unique aperture scale, so be sure to take that into account before making a purchase. The camera you are eyeing may not be able to access a wide aperture so you may want to choose one with a wider aperture range.

Varying the F-stop in your camera may, however, affect the DPI of your images. This is why you need to understand why cameras save images at different DPIs.

Not all cameras are created equal, so your aperture or F-stop range will vary depending on the make and model of your digital camera.

What is the aperture in photography?

How is shutter speed measured?

How do I set the shutter speed?

Most modern DSLR cameras set the shutter speed by default, but you can change it up by diving into the settings menu. You can also use the settings menu to adjust the depth of field, if you want shallow depth, and make changes if you are using zoom lenses.

STAT: According to the exposure value formula, doubling the exposure time doubles the amount of light. (source) 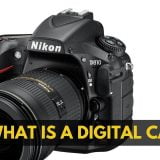 What Is a Digital Camera? 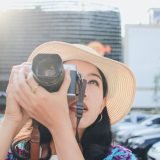 What is ISO in a Digital Camera? 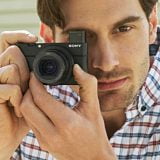 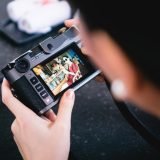 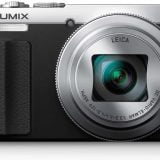