How Does a Blender Work?

Most Americans with a kitchen have a stationary blender, which is sometimes called a mixer. In 2019, approximately 25.8 million blenders were sold over retail channels in the United States. However, some of these people do not understand how does a blender work. People know the end result of ingredients being put into the blender, of course. To understand the way a blender works, you should know the various parts of the blender. Also, if you invested in a top-rated blender, you will get more value from it if you know how a blender works.

Parts of a Blender

How a Blender Works

When the consumer presses a button on the blender, the motor is activated. The motor then powers the rotation of the sharp blades connected to it. The blade sticks up into the plastic or glass jar, rotating against the components. This rotation causes the blades to chop up the ingredients. After the initial impact of the sharpened metal edges, the motion propels the blades, unleashing shearing forces that pull the water down towards the blades. The kitchen appliance then further reduces the contents through a phenomenon called cavitation. Users may use one of a few different speeds to enable blending, chopping, or pureeing solid foods. These features also may mix in liquid ingredients, such as in frozen drinks, water, or juice. So, how many watts should a blender have to perform all these tasks? Well, it depends on how fast or how easy you want these tasks to be.

How Are Immersion Blenders Different?

Immersion blenders mix large volumes too large for the pitcher of a countertop blender, smaller amounts of ingredients that may not have easily blended in a standard blender, or hot ingredients, such as those for soup. As a result, these devices have significantly fewer uses than their countertop counterparts. However, the handheld appliance is particularly useful for chopping up nuts or making small amounts of salad dressing. Additionally, if the horsepower of a blender is important to you, an immersion blender may not be the right fit because they are more suitable for light blending.

How do you start a blender?

How do you use a blender effectively?

For a standard blender to work effectively, you will need to add solid ingredients and liquid ones. For example, some people add ice to make certain recipes, such as smoothies.

What are some things to do with a blender?

You can make a variety of recipes with this appliance. You can usually grind, blend, mix, crush, and emulsify ingredients.

STAT: In 2019, approximately 25.8 million blenders were sold over retail channels in the United States. (source) 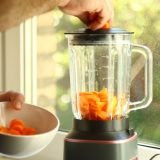 How to Clean A Blender 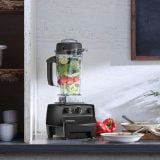 Best Blenders for Vegans in 2022 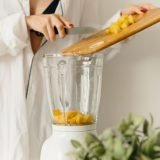 Why Blenders With Powerful Motors? 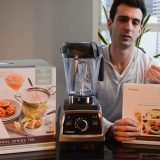 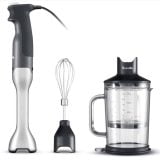 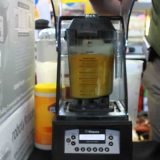