Grand Theft Auto Online is massively growing multiplayer mode for world famous Grand Theft Auto 5. It now has over 2 dozen, free, DLCs for all, including current and new users. These DLCs have grown to include robust contraband missions and intense heists. For a game that barely breaks the forty dollar mark on Amazon and includes an extensive single player campaign, that’s a serious steal.

In the past, Grand Theft Auto Online included thrilling races, epic deathmatches, and fun robberies. But now the stakes are being raised in a brand new DLC that adds a wide variety of stunt-themed races, vehicles, clothing, and even tattoos called “Cunning Stunts”! That said, this DLC is just the forefront of Rockstar Games plans for Cunning Stunts, as they will continue to add more content until August 2nd, where upon they’re planing a second huge release that will have players designing their own courses!

Grand Theft Auto Online has plenty of featured races for players to grind for money and rep – rep is GTA Online’s version of a players experience. This add-on features new exciting stunt races, throwing racers sky high, upside down and perhaps crashing to their death. They feature huge jumps, boost ramps, loops, wall rides, and tubes on raised tracks that tower over Los Santos. In other words, get ready for stunt driving at 20,000 feet! If you are interested in these races while playing Grand Theft Auto Online look for the pink stunt series blips on the map.

If you want a quick overview on what each race entails, look no further, as we’ve got you covered with the course description.  We’ve also included a link to the Rockstar Social Club Job creation board where you can see the tracks map, player size, vehicle class, and overall rating.

“White water rafting is for eco-liberals and cowards. Get to know the real Raton Canyon as you plunge through this relentless Stunt Race for supercars with up to fifteen other nature lovers.”

“Time to wave to all your friends at the FIB as you get some turbo-charged air time over their HQ. Bonus points if you moon an informant out the passenger window. Stunt race for sports cars over the heart of the city.”

“Halfway through yet another corkscrew above Downtown LS, unable to see anything more than the next 10 feet of track, struggling not to black out, you might find yourself wondering what life choices led you to this point. Because whatever they are, they were clearly excellent. Stunt race for super cars.”

“Two groups of crazed speed freaks take two routes around one track competing for one spot at the top of the podium. What could possibly go right? Stunt race for Muscle cars.”

“When the next planeload of tourists flies into San Andreas, what do you want their first impression to be? The natural drama of cliffs, mountains, and ocean? Or you and a bunch of nutjobs driving supercars around a giant wall in the middle of the sea? Thought so.”

“Close your eyes and get caught up in a fast-moving wave of excitement and optimism that’ll take you to the very pinnacle of the banking sector. What goes up never comes crashing down. Seriously, this can only end well. Stunt race for the Sports class.”

“There’s nothing quite like driving through Los Santos at night. What the guide books don’t tell you is that the best route is an elaborate stunt race, the best altitude is around 2000 feet, and the best vehicle is a twitchy, race-tuned motorbike. Time to break out your Snapmatic.”

“As ever in the Golden State, you’ve got two choices: use every dirty trick in the book to cling to the high life, or duke it out with all the other schmucks in the gutter. You should have gotten good at this by now. Stunt race on two levels for bikes.”

“There’s a fine line between an epic descent and falling uncontrollably out of the sky, and which side you’re on is going to depend on talent, judgement and just how hard the other guy is trying to kill you. Classic point to point stunt race for super cars.”

“When it’s not being used as the entry point for half the meth in the state, the Sandy Shores airfield is just the kind of big open space that makes you stop and ask yourself what happens when a pack of fragile sports cars charge into some 30ft bowling pins. Buckle up and watch the magic happen.”

“As the next gigantic ramp gives you ten straight seconds of air time over the Grand Senora desert, there’s only one question worth asking: why doesn’t all rally racing take itself this seriously? Stunt race for the Omnis and Tropos.”

“You are the sum of your choices, so make them count. Inside line or outside line? Red route or yellow route? Steer with your left and crack one off with your right, or the other way round? Stunt race for the Grotti Brioso: this is one for the decision makers.”

“Sure, exploding cars and the screams of the dying can be a little distracting. And that six pack of 48hr energy shots you nailed earlier ain’t helping. But keeping your focus is your only chance on this tight and technical stunt race for bikes through every level of Los Santos.”

“No, it’s not a side effect of your IBS meds, you really are getting tunnel vision, and it’s because you’re moving at incredible speed through a ten-story tunnel in the middle of nowhere. Self-explanatory stunt race for bikes.”

“Any old amateur can hit top speed on their way through a fully operational wind farm. What takes really big, dumb balls is seizing every opportunity to get battered out of the sky by a stray turbine arm along the way. Off-road stunt race around RON Alternates. Helmets advised.”

“Give it the D. Put the D in Vinewood. Get up close and personal with a massive D. Drive a motorbike at breakneck speed through the D of the Vinewood sign. Surprisingly, that last one is not a joke. You know what to do. Stunt Point to Point for bikes.”

What’s a car focused DLC without some over enthusiastic vehicular photography? Check out the new cars for the Super, Sports, Compact, Off Road, Motorbike and Muscle vehicle classes.

In the Sports class, we have two speedsters, one featuring a classic appeal while the other shares a more modern look.

For Compacts, we have teeny, tiny but adorable Grotti Brioso R/A.

In the muddy Off Road class, we have the Vapid Desert Raid and Vapid Trophy Truck. Two monsters that should not be allowed on street roads.

In the two-wheeled Motorbike class, there is the rugged Nagasaki BF400 and the laid back Western Gargoyle.

In the 100% American Muscle class, there is the Declasse Burger Shot Stallion, Vapid Pisswasser Dominator, and Bravado Redwood Gauntlet. None of which lack in the commercial department.

Grand Theft Auto Online: Cunning Stunts also features brand new racing gear to try on, 50 new tattoos for your character, and a special retooling of the player interaction menu for much easier use.

For the next three weeks, Rockstar will be adding races and vehicles added into the stunts genre. They won’t say exactly what they are adding but it will lead into a big finale with the release of the Sunt Race Creator on August 2nd. This mode will give the content creators hundreds of props to experiment with while they try to create the most insane race track.

Earn Money and Build Rep: These new cars can cost quite a bit. If you need some help earning money and rep in Grand Theft Auto Online visit our online guide for some quick tips.

Further Adventures in Finance and Felony:  If the last Grand Theft Auto Online update still seems like a mystery visit this quick walkthrough to find the ins and outs of being a corporate millionaire.

Secrets: On the single player side of Grand Theft Auto 5 a dedicated team of players recently found a huge secret that features Sasquatch, golden peyote and even Teen Wolf!

Cheats: Don’t forget to brush up on all cheats Grand Theft Auto 5 has to offer! Personally the slow down time is great for recreating the Matrix! 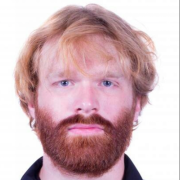