If you want to film insane 360-degree shots, the GoPro Max camera is one of the few choices. It’s the successor to the old GoPro Fusion and comes with two cameras that can be used simultaneously. If you like you can also switch to using a single camera in Hero Mode. The Max GoPro has fantastic video quality and made our best GoPro list. If you want a stand for your GoPro, check out our Lomography Spinner 360 review too. Or, you might be interested in our review of the GoPole Evo is a stick for your GoPro.

The GoPro Max action camera is designed to shoot spherical video in 360-degrees and can be used as a vlogging cam or action cam. It’s a rival to the Insta 360 One X but has better video quality and more microphones. It has great image stabilization as well as multiple modes like max hypersmooth, max review, and max timewarp.

No GoPro Max review is complete without checking out the performance. It comes with dual cameras for crazy 360-degree shots. It can shoot in 5.6K in multiple aspect ratios including 16:9, 1:1, 4:3, or 9:16. It can also shoot in 1080p when using a single camera. It offers amazing Max Hypersmooth image stabilization and many different modes like Max Superview and Max Hypersmooth. The GoPro Max also has built-in Wi-Fi, Bluetooth, and GPS. For a dedicated action camera, the Hero8 Black might be a better option.

The design of the Max is completely different from all the other GoPro Hero action cameras. The dual cameras can capture shots that most cameras are totally incapable of capturing. The Max comes in the familiar black-box style of other cameras in the range and comes with a durable rubberized finish that’s waterproof up to five meters. Just like the other latest generation GoPros, it as integrated mounting fingers that can be folded out to attach wherever you need to go. If you don’t want the trouble of buying accessories, check out the GoPro Hero7 Black Bundle.

The GoPro Max doesn’t come cheap, but it’s in a niche market without many rivals. It excels in shooting shots that other cameras simply aren’t capable of capturing. Both the video recording and image quality are superb, and you can easily edit your content using the GoPro app. This camera also has fantastic image stabilization and multiple shooting modes. When you consider that it can be used as an action camera and a vlogging camera, it offers brilliant value for money. The GoPro Hero5 Black is still available and is an affordable alternative.

The GoPro Max is a versatile camera that can be used for 360-degree filming or as a vlogging cam or action cam. It delivers excellent video and picture quality, and the six microphones ensure good sound quality too. All this comes in a durable package with GoPro’s legendary reliability. It’s only waterproof up to five meters, but that should be enough for most people. This is a camera for people who want to capture one of a kind shots. 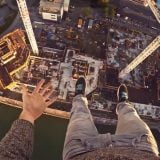 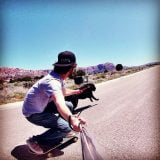 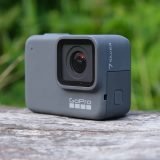 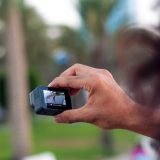 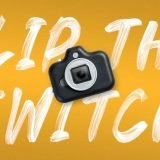 Asokee Turns Your GoPro Into A DSLR Camera 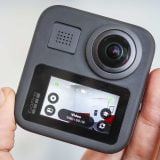