This Google mesh system comes with three network hubs that need to be placed in different areas of the house. It delivers good Wi Fi coverage, up to 4,500 square feet to be exact, and offers fast internet connection as well. It is one of the best gadgets for men and should end your search for mesh systems.

The Google WiFi mesh network system offers excellent coverage for large homes and is super easy to set up. The WiFi app works well and offers quick customisation, ability to control connected devices, and more. The router system also works with smart home products such as the Google Nest.

The Google mesh router system offers speeds of up to 1200 Mbps via the dual band Wi fi router. It is also comparable to some tri band mesh systems such as the Netgear Orbi series. Despite having dual bands only, it can still cover a large area of up to 4,500 square feet if the WiFi points are placed properly. A single Google WiFi point can cover up to 1,500 sq ft and deliver fast speeds. If you’re looking for a smart home device, try the Amazon Echo Dot (3rd Gen).

The Google WiFi points have a circular design and a minimal look. The main router unit has two inputs for Gigabit ethernet, one for WAN, and a second for LAN. The additional WiFi points also have two ports, but both will act as LAN inputs. The sleek and compact design will ensure that it will go well in any room and table top. The WiFi Google system is bundled with an ethernet cable as well. Want something different in white? Get the Apple AirPods Pro with Wireless Charging Case.

This mesh network system from Google is good value for money. It features a great design, is compact, and offers good WiFi speeds. The product also offers a total coverage area of up to 4,500 sq ft with the 3-pack. It uses the Google WiFi app for easy setup and control, while also being able to connect with Google Home. Overall, this is a powerful mesh router for large homes. You can also check out the Suunto Core All Black Military Men’s Outdoor Sports Watch if you’re in the market for watches.

The Google WiFi system offers speeds of up to 1200 Mbps with dual band Wi-Fi connectivity at 2.4GHz and 5GHz. It has a minimal design, and despite only having two ethernet ports, performs well. The WiFi points can cover up to 4,500 sq ft and everything is controlled via the Google Wi Fi app. 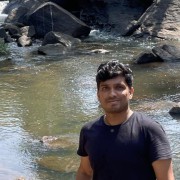