Powered by one of the most powerful GPU’s out there and Intels capable skylake processor the Core I7-4710HQ, the Gigabyte P35x V5 surpasses both its predecessors and many of its competitors with an amazing gaming performance. Although falling behind in terms of aesthetics, it provides you with ample port availability and a display unlike any other. And so, with a great gaming performance paired with a Ultra HD 4K display, the Gigabyte P35x V5 stands out to be one of the best gaming laptops out there. If you’re looking at a laptop more for the aesthetic, you should also read our review of the Samsung Transparent OLED Laptop (to go on sale later this year). 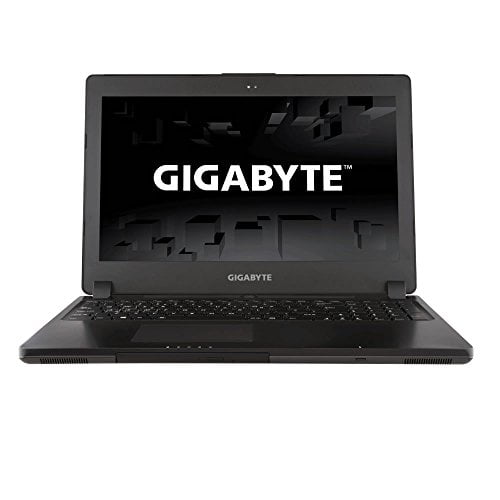 Packing in one of the best displays you can get in a gaming laptop, the Gigabyte P35x V5 brings you the ultimate gaming performance in compact and considerably lightweight build. Powered by the Intel’s Skylake processor and the Nvidia GeForce GTX 980M the P35x V5 allows you to play the best games out there to their highest settings with ease, all while viewing it in a 4K Ultra HD display. This will definitely give you more quality features than you might find in our Lifetouch Note Android Netbook specs (looks ok, touch resistive screen will be a nightmare) review.

With the base model starting off with 8GB of RAM, the Intel Core I7-4710HQ processor and the all powerful GTX 980M graphics card, the Gigabyte P35x V5 provides you with all the power you need to play AAA games with ease. And with the option to upgrade to 32GB of RAM, and the Intel Core I7-6700HQ processor, it outperforms many other gaming laptops with a fast and extremely responsive gaming performance. However, it does fall behind the P35x V6 in terms of graphical performance with 6GB of VRAM against the V6’s 8GB. If you want a VR-ready laptop, then read our Razer Blade 15 RTX 2080 review.

Moving onto its display, the Gigabyte P35x V5 provides you with a 3840 x 2160 4K IPS display. Despite having a mediocre brightness of 271.9 cd/m² and a contrast ratio of 496:1, thanks to its wide colour gamut covering 95% of the sRGB spectrum, you can experience vivid and vibrant colours. But, if you don’t really need the 4K display, rather than getting the 1080p version of the P35x V5, the Dell Inspiron I7559 or the Lenovo Y700 are cheaper, great options.

When it comes to storage, the Gigabyte P35x V5 offers you the choice of having 1TB of 7200RPM HDD or a combination of that and a 256GB SSD. Although, having the SSD won’t really boost your gaming performance, it will make moving through the operating system much faster and easier.

Moreover, as per the review Gigabyte P35x series has received over the years, the P35x V5 surpasses its predecessor the Gigabyte P35x V3 with a quieter fan noise and better heat maintenance. However, the noise is still loud, that is louder than many other gaming laptops like the Alienware R15. On the other hand, the speakers aren’t very loud but do provide a clear sound. For a laptop with a better sound system, the Lenovo Y700 is a great option with its JBL speakers.

Finally, the Gigabyte P35x V5 provides you with a pretty good battery life of around 4 hours of web surfing and almost upto 2 hours of loaded gaming without needing to plug in. This is much better than that of the MSI Ghost Pro but almost on par with the cheaper Dell Inspiron I7559. As for the keyboard and trackpad, while the keyboard isn’t that great with its shallow travel, the touchpad isn’t very responsive either. But as you’ll be using this for gaming, the touchpad will just be replaced with a mouse most of the time.

When it comes to aesthetics, the Gigabyte P35x v5 falls behind just as it surpasses in terms of performance. With almost no LED or lighting to speak of other than the keyboard backlight, it doesn’t really stand out from any business laptop. And with a plain colour, it doesn’t really seem like a gaming laptop either.

On the other hand, it measures to be 0.8 by 15.2 by 10.6 Inches and weighs around 5.07 lbs. This makes the P35x V5 pretty portable and less heavy than many other gaming laptops performing on par with it. As for the build itself, the top of the base and most of the upper part is made with aluminum while the bottom cover is made of plastic. This creates a good balance of weight and heat dissipation while also giving you a pretty premium feel on the arm rest.

Finally, when it comes to inputs, the Gigabyte P35x V5 provides you with three USB 3.0 ports, one USB Type-C port, an HDMI input, an SD card slot and a mini display port as well as a VGA port. The SD card slot allows you to expand your storage if the internal hard drive isn’t enough, while an additional optical drive makes installing games via CDs and DVDs much easier. However, the optical drive bay is placed on the front of the laptop, making it an unusual placement and giving rise to a bit of an uncomfortable feeling when you’re putting a disk in.

The Gigabyte P35x V5 offers you one of the best gaming performances and allows for plenty of upgradability. And although it may not have the best aesthetic design, it still makes for a pretty portable gaming device with an impressive battery life. However, with almost double the price of many other gaming laptops like the Dell Inspiron I7559 or the Lenovo Y700, its drawbacks dont bring it justice, making its price just way too expensive. But with certain sales, the price might just be worth it.

It doesn’t have the best keyboard nor does it have the best speakers. It surely falls behind its successor in terms of graphical capability. But even so, it outperforms many of its competitors with a great gaming performance. And so, if you’re someone who is ready to compromise a good looking design for the capability of playing almost every AAA games with the highest settings and a pretty amazing display, the Gigabyte P35x V5 is a great pick. That is if you’re willing to pay the price. 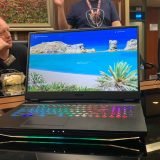 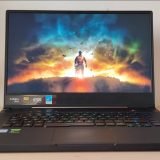 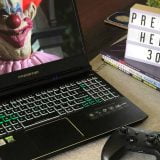 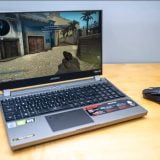 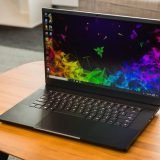 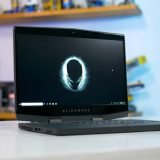