If you’re looking to stay in touch with friends and relatives on the cheap, open up Skype and pick up a refurb Logitech 600 desktop mic for FREE (after mail-in rebate). The rebate link isn’t showing publicly on NewEgg, but use our link to save. Ends November 30th. If you’re always on a hunt for the best deal, you’ll also be interested in reading our Gilette Venus Swirl review.

Or, if you want to compliment that doorbuster HDTV you picked up on Cyber Weekend with some quality sound, look no further than JBL’s Cinema 500 home theater speaker system. You’ll need to add a receiver, but once you do, you’ll get solid sound out of a system About.com reviewed as a “good value” at its suggested $699 retail. (And you’ll be getting that great sound for a whopping 76% less money.)

Treyarch’s new Black Ops 2 is down to $50 with free shipping on eBay deals for the PS3 and Xbox 360 consoles. The multiplayer pvp levels seem like an improvement over previous Call of Duty games. Also worth a look at for the new zombies levels.

Thursday is the day Lenovo releases new PC deals and coupon codes. This week we’re seeing some decent price drops on a variety of consumer-orientated IdeaPad models. First off the cheapest Y500 model is cheapest ever by $50. The base configuration of the Z500 has a new $200 coupon code, making cheapest ever by $20. For more portable options the 13.3-inch Z380 and the 11.6-inch Yoga 11 are at their lowest prices ever today. Also notable – if you buy a laptop this week at Lenovo you’ll receive a 1 year subscription of Skype Premium.

Nothing quite as exciting today as they Black Friday/Cyber Monday maddness but a few gaming to list. DiRT 3 is 50% off at Gamefly and you can use a 20% off coupon code for extra savings. Similar story with Gemini Wars at Green Man Gaming – 50% instant discount plus a stacking 25% off coupon code. Finally, Buy.com has the well reviewed Kirby: Mass Attack for the DS at only $10.

Today we unearthed four stellar HDTV deals. There’s a 55-inch LG set with 3D LED display for under $900 and a 47-inch from the same line for just over $600. Not many reviews yet as these are September 2012 models, but the few owners have near-unanimous praise for the LM4600 line. The 32-inch Sharp Aquos we found at its lowest price by $30 is similarly received, although you might want to add a soundbar for optimum audio. Finally, if you’re looking for a smaller set to fit under cabinets in a kitchen or in a similar nook, there’s a Haier 24-inch LED set for only $160 after coupon.

For audio enthusiasts who don’t want white noise interfering with their music, we found the Audio Technica ATH-ANC25 nearly half off their next best price. Or for staunch audiophiles looking to stream bit-perfect music digitally, the Logitech Transporter SE is now the cheapest we’ve seen it by $150. In the “significantly less expensive” subcategory, we found a solid Logitech wireless keyboard/mouse combo, Nikon’s Coolpix L26, an OEM copy of Windows 8, a Motorola Bluetooth headset, a Rosewill Windows 7/8 HTPC remote, and even a 16” 720p LED monitor – all for $70 or less and at the lowest prices we’ve seen. Finally, power users hoping to upgrade their storage can snag a 256GB OCZ Vertex 3 SSD for only $165 – $35 off the next best price after rebate. 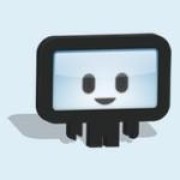