The Fujifilm Finepix XP80 Digital Camera takes great, vivid pictures under the bright sun and can show your child what a picture can truly look like. But when the moon takes over they’ll have to try harder to replicate those stunning photos. But there’s nothing wrong with a little hard work, is there? Check out our best digital camera for kids and the best digital camera list for more great options!

The Fujifilm XP80 may be a little more advanced than your average newcomer camera, but it’s still easily operable and can act as a starting point if you or your child want to jump head-first into the world of photography. The built-in Wi-Fi makes it easy to share photos to smart devices, and video recording is in Full HD which will provide a great incentive boost.

If you’re using the Fujifilm XP80 outdoors in bright light your pictures will come out vivid and punchy. This is good news considering outside is probably where you’re mostly going to use it. However, shooting in low light isn’t really one of the camera’s strengths. It’s the same on the Fujifilm FinePix XP130 digital camera, which only does well in bright light. However, if you’d like one that does better in low-light, consider the Nikon D3500 Digital SLR Camera instead. Alternatively, you can compare devices like the Canon 60D vs Fuji X70 mirrorless digital camera for even better options.

Connecting the camera with your smart device is pretty straightforward because of the built-in wi-fi which allows you to send photos for quick emails or social media sharing. The camera comes with a wide array of options like ‘telephoto’ and ‘wide’ buttons, but there’s not a whole lot you can actually change. This makes the camera perfect for kids who are just starting their photography adventures and need to learn the basics. But if you do want something more advanced, try the Fujifilm Instax Square SQ10.

The Fujifilm XP80’s shooting life is about 210 frames according to CIPA. The average for cameras in its class is about 255 shots, give or take, so the Fujifilm XP80 contains a shorter battery life than most. In the hands of more advanced photographers, this would be a huge detriment. But in the hands of a kid or newbie photographer, this would be acceptable because they’re just trying to learn the basics anyway. That said, if you’re interested in a camera for your child, you might like the Kodak Smile Instant Print digital camera.

On the side of the camera is a compartment that houses the memory card and battery. This compartment can only be opened by pushing a button and twisting a lock. Something very hard to do by accident. Adding to that, the camera is waterproof, dustproof, shockproof, and freezeproof, giving it a VTech Children’s Digital Camera level of durability.

The Fujifilm XP80 supports video recording in Full HD and has a 5x optical zoom lens which, again, may not be good for professional photographers but is more than enough for a newcomer. The previously mentioned built-in wi-fi also makes the camera compatible with the Fujifilm Remote Shooting App. And on a final positive note, the camera comes with a 16-megapixel BSI CMOS sensor.

Related: For a more affordable and modest camera but still with 4K capabilities, read our Fujifilm XF10 digital camera review.

While the Fujifilm XP80 may contain features that professional photographers may scoff at, such as poor low-light shooting and small battery life, it should be more than enough to get your child interested in the world of photography without completely overwhelming them and causing them to cast the camera aside. 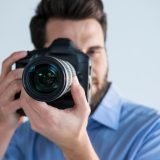 How to Clean the Inside Lens of a Digital Camera 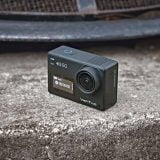 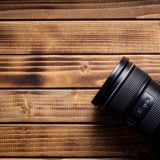 Why Does My Camera Delay When Taking Pictures? 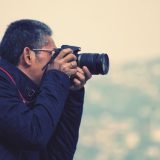 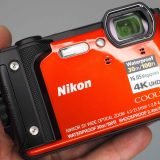 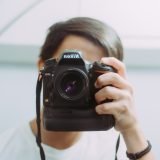 What is Live View Mode on a Digital Camera?