For those looking for mirrorless cameras that produce high-quality photos and videos, but need a bevy of features, the best mirrorless camera for the job has to be the Fujifilm XT30. It might be a small camera, but it’s packing 26.1MP, 4K videos, and features that make capturing movement a breeze. But, for another model, check out the Fujifilm XP140.

Part of the magic of the X-T30 Fujifilm integrated their excellent sensor, the fourth generation X-trans sensor, which has been used in previous Fujifilm cameras. That has definitely worked out for the best. It’s then combined with its mechanical shutter shooting continuously up to 8.0fps at full resolution, which is 26.1MP—higher than the 24.5MP in the Nikon Z6, and twice the MP over the Olympus Tough TG 5. Even in sports finder mode, cropped at 1.25x, the electronic shutter can still capture at 16.6MP. And if need be, you can shoot video in 4K at 30fps. To shoot using a camera with a wide native sensitivity range of ISO 160-12800, click our Fujifilm X T4 review.

Furthermore, noise is kept low between ISO settings, coming in at just behind the Sony a6400 in performance. For less noise, look to Sony A7 III. Still, there’s plenty of dynamic range, including three settings and built-in flash. If you prefer a small but powerful Fujifilm camera with a retro look, open the Fujifilm X T100 camera review.

The Fujifilm XT30 is a rather small camera, but that doesn’t make it hard to handle, not with the grippy texture and handle like the Panasonic Lumix G7 or the Canon EOS M50. Access the various shutter speed settings with the shutter speed dial. The mode dial is located on the right-hand side, including an auto mode. The Q button is placed in an awkward location, right where your right thumb will be. It takes some time to get used to.

The Fujifilm X-T30 is clearly a heavy hitter, and it’s certainly capable of capturing high-quality images. However, arguably its selling point has to be all the features that are crammed into such a small camera. For starters, face and eye detection AF is available when shooting videos. That’s much better than the Campark ACT 74, which can have blurry video quality.

The camera also captures sound through an HDMI port, which is great for professional filmmakers, not to mention the various simulation modes Fujifilm is famous for. And not to forget that its electronic viewfinder is larger than entry-level DSLR viewfinders thanks to its full-frame sensor. You’re getting an excellent deal, especially if you add in a kit lens.

If you fawned over a camera like Sony’s a6400 Mirrorless Camera, the Fujifilm XT30 can bring you near the same quality at a cheaper price and a laundry list of features. It can also capture professional-grade videos, not to mention being comfortable for both professionals and serious photographers. The biggest downside is an awkwardly placed Q button, which you’ll learn to avoid. 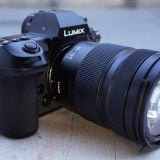 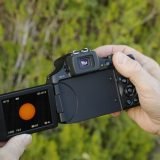 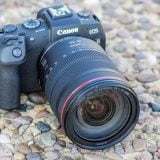 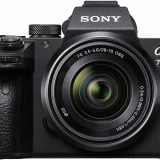 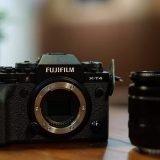 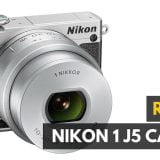