Summer is almost upon us. There are birds in the air. Kids are free from the confines of school. And that means there are hungry mouths to feed. And what better way to do this than grilling. Learn How We Choose the Best Charcoal Grills.

Enter the Fuego F24C gas grill. But this isn’t any grill. Why? It’s designed by Robert Brunner, former chief of design at Apple and designer of Beats by Dr. Dre headsets. Can you tell? I sure can. Compare this grille to our Stok Quattro review to decide which is best for your home. If you want a grill that’s on the go, you might also like our review of the to-go grill.

But it’s not all looks. This thing can cook. So keep reading my Fuego 24C review to learn more. 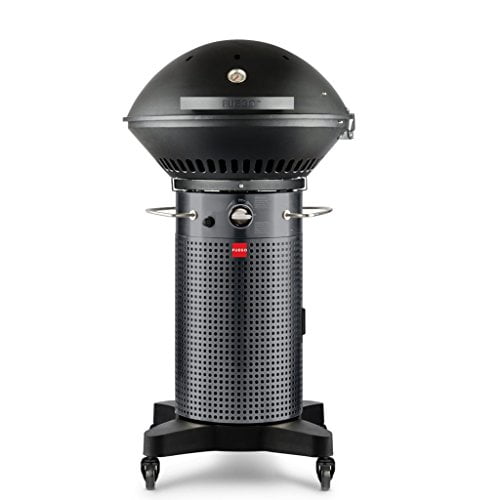 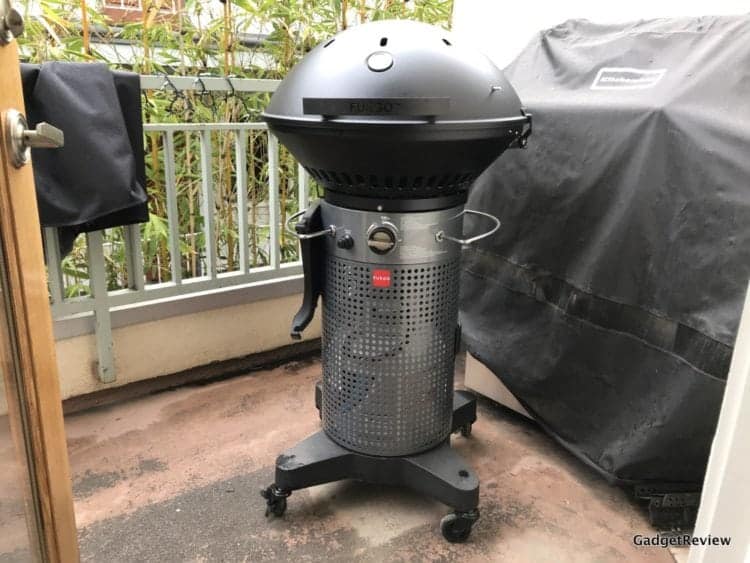 This grill not only looks cool, but it’s smart. Not smartphone smart, but just wait. First off, the grill lid opens at a 45° degree like angle such that you’re not reaching your arm directly in line with the heat source, like most grills.

And while the grilling area measures 525 square inches – a decent amount given its shape and design – what I also appreciate is that the grate isn’t manufactured of flimsy metal that will wear or rust in a few years. This is similar to the Kenyon electric grill, which is highly durable.

This thing is built to last and you can see that by looking at the grate’s surface, which appears to be almost a quarter-inch thick metal. This is further evidenced by the fact that it weighs a massive 18lbs. Moreover, this means it will retain heat and add extra sear to whatever you’re cooking.

Just below the grate is a drip tray. It feels less impressive than the rest of the grill. But I suppose that sums up the life of a drip tray. That said, it’s very easy to clean. I haven’t had to after a month of grilling, but it’s a subject matter that leaves me with little concern (or interest to write too much about it).

Nested below the grilling area, is, of course, the propane tank. It’s hidden behind a metal door that latches closed with relative ease. Unfortunately, what isn’t easy, is placing the propane tank inside as it can be a challenge to the lower back and hands. You’re supposed to hang the propane tank on a hook and this is a difficult task, one that resulted in me pinching my hand in the process. So be careful. 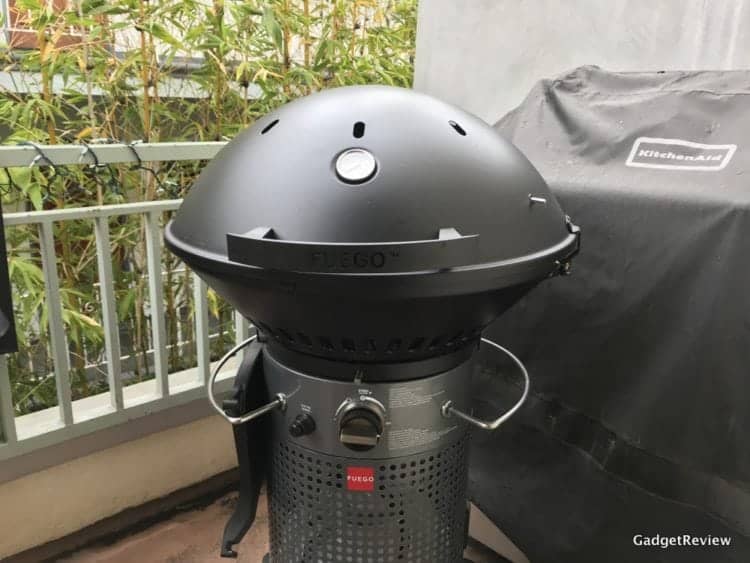 Located on either side of the grill, just below the head of the Fuego 24C, are two racks, good for hanging cleaning or grilling tools.

Lastly, there is a temperature gauge and a set of locking casters. The grill seems to max out at about 500 F, even though it goes as high as 600°F. And as for the wheels: it makes it very convenient to move the Fuego around with two of them locking to ensure it doesn’t roll away mid sizzle.

Related: If you prefer grills with dishwasher-safe removable plates, check out our George Foreman 4 review.

Setup and Building the Fuego 24 C

All in, it took me just over 30 minutes to assemble the Fuego 24 C. It comes in parts. Assembly is fairly straightforward, but keep in mind it has an Ikea-like assembly. Which isn’t a bad thing. I’m simply insinuating that you need to be able to follow instructions, identify parts, and have some patience. That said, you’ll need a Philips head screwdriver to put it together. 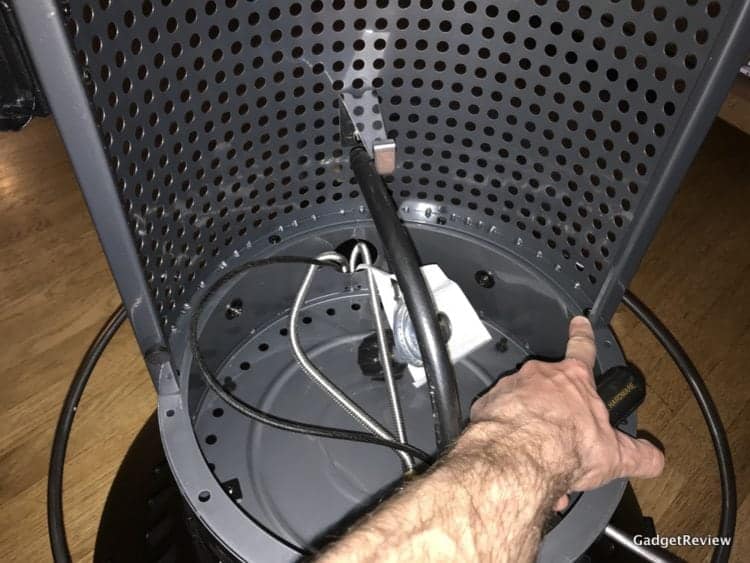 The biggest annoyance, while assembling, was screwing in the metal housing that surrounds the propane tank. The screw holes are just short of flush with the wall of the housing, which made it very challenging to fit both a hand and screwdriver in place to get leverage to turn and lock the screws into place. 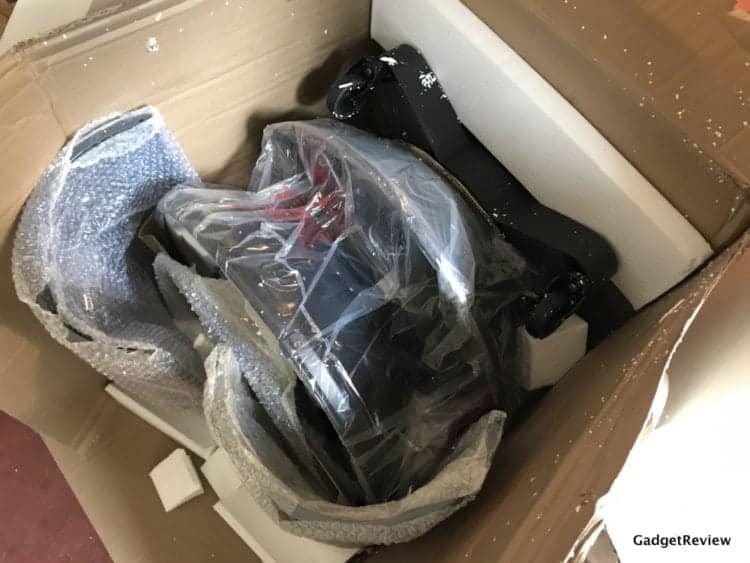 That all being said, there is a great sense of satisfaction in building and then grilling. It, for lack of better words, reaffirmed some of my masculinity.

So in my experience, most gas grills (compared to charcoal) don’t offer enough heat to get that sizzle and sear I’m always seeking. Sure, they heat up with the lid closed, and they might sizzle when you initially place your meat on the grate. For more gas grills, ready our Lion Premium Grills natural gas grill review.

But, with the lid open, this effect rarely lasts long and you end up with only one side that achieves partial caramelization. And you don’t want to close the lid to increase the heat, especially when cooking steak (or really any meats), so you’re often stuck with a flimsy-looking piece of meat with no sear. 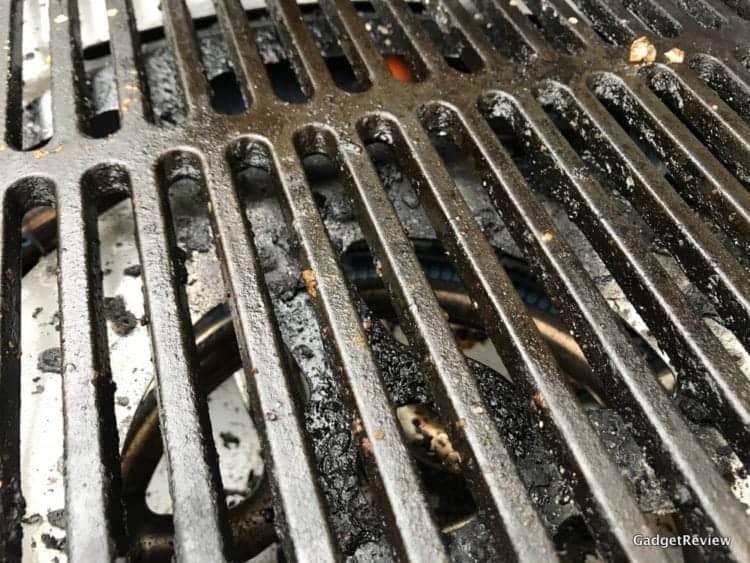 However, the Fuego 24C is contrary to this. Which is to say it can get hot enough to sear meat. Now to be clear, it’s still not on par with charcoal. One is because the heat levels just aren’t there compared to the aforementioned source of fuel. Two, the infrared component is lacking (read this if you’re not sure what I’m talking about).

But those last two small shortcomings aside, if you heat the grill (with the lid closed) for 10 minutes (Fuego says it reaches 500 °F in 5, but I recommend 10 minutes to get the grate hot through and through) toss on a steak, you’ll get sear.

However, in my experience, it will be hard to achieve a comparable sear on the other side. Why? For one, the lid will have been opened for 6-7 minutes at this point and with that, some of the heat would have dissipated. The other you ask? If you’re cooking to a medium or medium-well, you just won’t have the luxury of time.

Chicken suffers from the same small issue – in terms of searing on both sides. While fish, a whole branzino to be more specific, is grilled perfectly. Shrimp, corn, and peppers also had no problems grilling. 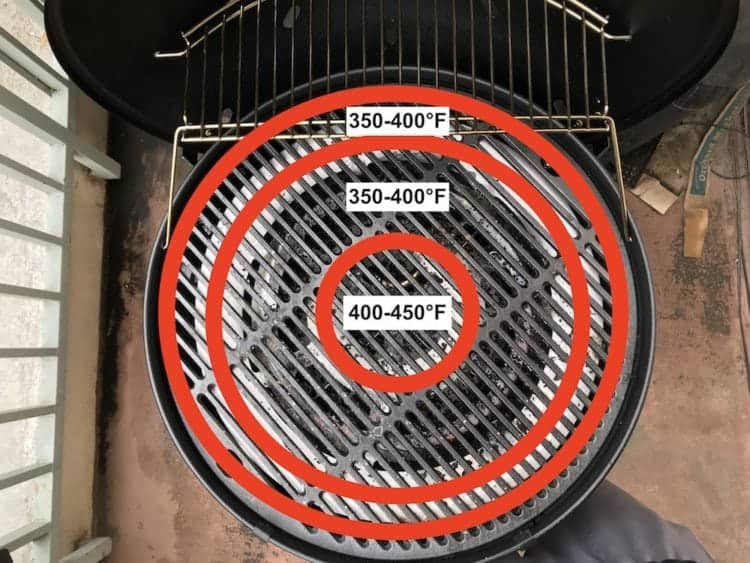 Now, in terms of hot spots. I found that the inner ring (there are two rings of fire – outer and inner) was always the hottest, measuring 400-450°F degrees using my laser-guided thermometer gun. The outer rings hovered in the 350-400°F range and everything else was 300-350°F. These numbers were captured with the lid open for a few minutes, which I feel is a more real-world scenario.

Honestly, I went in thinking the Fuego 24C was going to be another lackluster gas grill. It might be fair to say I thought it was all looks and no go. But it’s the real deal. A real sports car, that has the looks and the fire to sear meat. Moreover, it doesn’t suffer from a wide spectrum of temperatures, otherwise known as hot spots, which is impressive.

I still prefer my steaks on charcoal, but that process is laborious and takes about 5 times as long as a gas grill.

So if you are looking for something that can fit on your small outside area, and has some gusto in the heat department, I can only suggest you take a look at the Fuego 24C gas grill (that or their other grills). Although, if you need a personal grill, too, you might like the DASH mini grill. 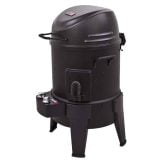 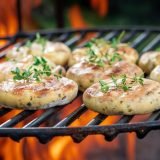 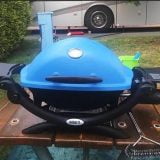 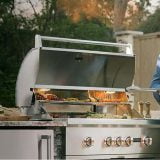 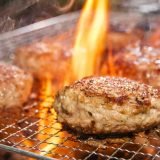 How Do Grills Create a Spark? 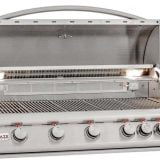