Differences Between Front-Wheel and Rear-Wheel E-Bikes

The main difference between front hub motors and rear hub motors is where they are placed on the electric bicycle. The placement of these motors leads to a whole host of related differences that touch on power, energy, weight, safety, and more. Of course, these differences may be subtle, unlike when you compare a moped vs an electric bike.

Here are some of the primary differences between front hub and rear hub motors, typically derived from motor placement. They both can excel on steep hills, though, as they each can feature a powerful motor depending on the make and model.

Ideally, you want the weight of an electric bike to be equally distributed throughout the frame. In most cases, the battery pack and related components are attached to the rear of the bike. This means that when it comes to weight distribution, a front hub motor is the better choice, as the motor up front, along with a battery pack on the rear, translates to equal weight distribution. A bike with equal weight distribution is also easier to carry when not in use, as portability is a concern for some consumers, particularly when comparing a folding bike vs an electric scooter. However, if you are sure you want a folding bike, be sure to check out these highly-rated folding electric bikes.

Due to the weight distribution issue, front hub motors are also slightly safer to operate than rear hub motors. Why is that? Well, if all of your weight is centralized on the rear of the bike frame, you could accidentally “pop a wheelie” during acceleration, which could lead to a dangerous accident. Or course, some riders may actually prefer the ease with which rear hub motors can head into a wheelie, especially if they are looking to perform tricks or stunts. Regardless of where the motor is installed, you should remember to always wear a helmet when operating your electric bike. If you don’t one, we have a great guide on the best electric bike helmets.

A rear motor has one primary advantage over a front motor. Some consumers want their e-bike to be aesthetically similar to a traditional bicycle. A front hub motor makes for a distinct appearance, whereas a rear motor could be mistaken for a standard bike. This can also help deter thieves looking to snag electric bikes.

Rear hub motors do offer more traditional aesthetics in line with a standard bicycle, as the electric motor is in the rear.

Electric bicycle hub motors vs mid-drive motors: which should be on your next e-bike?

Why a front or rear hub motor instead of a mid-drive motor?

A mid-drive motor offers plenty of power and frees up the front and the rear for better suspension, brakes, and other goodies. This could lead to a decrease in flat tire repair, for instance. However, your average mid-drive motor is more expensive than a hub motor.

What are the different types of e-bike conversion kits?

When it comes to e-bike conversion kits, a mid-drive motor is rare indeed. Rear rack motors and front motors, however, are more common and cheaper while still offering plenty of motor power.

STAT: Torque sensors and power controls were developed in the late 1990s. For example, Takada Yutky of Japan filed a patent in 1997 for such a device. (source) 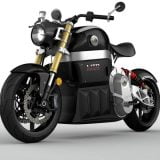 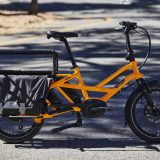 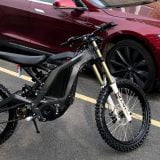 How Fast Can An Electric Bike Go? 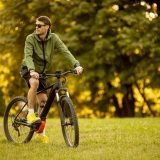 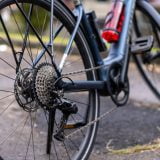 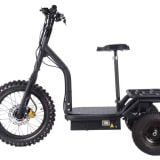