Having a highly-acclaimed air purifier in your car is very essential especially if you want to avoid contracting a respiratory infection. You probably get a sense of how dirty the air can be when you’re driving to the city or when you’re stuck in the middle of a traffic jam and have your windows open.

While your vehicle might have its own air filters to prevent the entry of bad air, this might still not be enough for the air quality to remain good enough to breathe in. This is why a car air purifier like the Frieq Car Air purifier might come in handy. But, another great option is the Homdox car air purifier.

The unit is far from being the best air purifier in the industry, but if you’re looking for something cheap, basic, and reliable, it could be the best car air purifier for you. 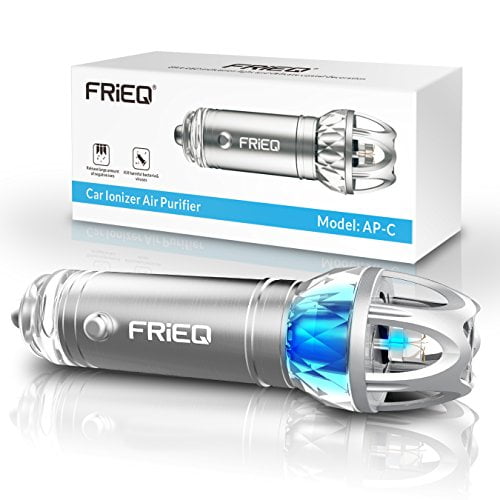 The Frieq Car Air Purifier is an affordable, small-sized air purifier that’s got the capacity to release almost 5 million negative ions per cubic meter into the air to eliminate bad odors. It’s also got a blue LED light that’s good for illumination, and will only need to be plugged into your car’s cigarette outlet to work.

At around $17, the Frieq car air purifier is way cheaper than the IQAir Atem Car Air purifier, making it a decent choice to turn to if you wouldn’t want to spend hundreds of dollars on one unit. It’s basically an ionic air purifier, and it works by releasing negative ions into the air, which then attach themselves to dust, pollen smoke, cigarette smoke, or mold particles to have them easily attach to a surface. It also destroys odor-causing particulates from the air, and in doing so, it gets rid of any bad odor inside your vehicle. For odors in the house, you’ll want something like the GT 3000 or the GermGuardian AC5250PT.

The Frieq car air freshener is quite efficient in its functioning, as it releases 4.8 million negative ions per cubic centimeter in your car to get rid of all the bad odors available in your car. You’ll just have to plug it into the 12V car cigarette lighter outlet, and you’ll be able to enjoy clean air whenever you’re moving around out and about. If you’d rather have something that you’ll be able to use both inside and outside your car, then the Wynd Plus Smart Personal Air Purifier would be a perfect alternative to consider.

Unlike the PHILIPS GoPure Compact 200, there is no HEPA filter on the Frieq car air freshener, so you can’t ideally expect it to perform as well as the Philips unit does. It also doesn’t feature a carbon filter to deal with bad odors, but this is something that it still manages to do by releasing negative ions. Check out our Figo Thinkga Car Ionizer Air Purifier review if you want a similar car air purifier that is affordable too.

There’s nothing that you’ll need to replace with this Ionic air filter. It’ll be able to provide you with fresh air all through 12 months, but at the end of that period, it’ll no longer be able to remove dust or eliminate bad odors from your car. It is however backed by a 12-month manufacturer warranty, so should anything happen to your unit within those 12 months, make sure to contact the manufacturer, and they’ll be happy to offer a replacement.

Perhaps to make your car look better, the Frieq air purifier car freshener also features a blue LED light that helps illuminate the inside of your car when it’s dark outside. The blue light isn’t that bright, but it’s still perfect for keeping the inside of your car well-lit. You can also read through our Germ Guardian AC4150BLCA review if you’d love a compact air purifier that works well in small rooms or your kid’s room.

There’s not much else to point out about the Frieq Car Air purifier, other than the fact that it is a reliable tool that you can use to clean up the air in your car. Unlike most of the modern air purifiers in the market today, it won’t need you to make any replacements, making it very easy to maintain. 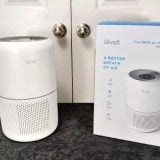 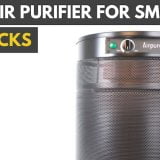 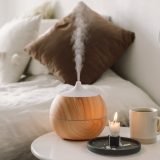 How Does an Electromagnetic Air Purifier Work? 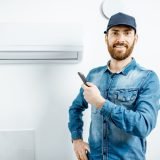 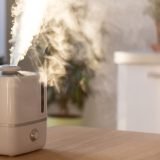 How Does a Water Air Purifier Work? 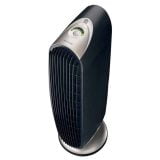