If you’re at the market looking for a small spy camera that can double as a security system and give you peace of mind, the best spy camera for the job could be the FREDI Mini Hidden Camera. Not only does it shoot videos in very high quality, full HD, you can view said stream, thanks to its Wi-Fi capabilities. 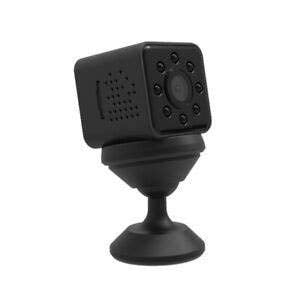 When it comes to video recording, the FREDI Hidden Mini Camera is equipped with all the essential marks: high quality HD video and audio recording, night vision, and access to live streaming. For businesses and conferences, the best hidden camera is the spy pen. You can learn more about it by clicking the Facamword spy camera pen review.

The FREDI Mini Hidden Camera does exceptionally well at recording video. Something shot in 1080p, full HD comes out in clear and precision detail. And that quality extends to night vision. Additionally, it can record audio, which sounds great and doesn’t playback a lot of static. In the Jayol 1080p mini spy camera review, you will also find another hidden camera with movement detection and night vision.

What we liked the most was live streaming, with the use of Wi-Fi. However, live streaming was laggy. It wasn’t extreme, even with terrible Wi Fi, but it was always 1-3 seconds behind. On the bright side, it has a 4 hour battery! And it’s a rechargeable battery.

Live streaming aside, the design was hardest to handle. The FREDI HD Mini Spy Camera does not share the same design philosophy you see with the DivineEagle Spy Camera Phone Charger and the Omples 1080P WiFi Hidden Camera Alarm Clock. If you took one good look at the FREDI Mini Hidden Camera, you’d know it was a camera.

The FREDI Hidden Spy Camera is still pretty small at 1.34-inches on all sides. However, the SIRGAWAIN 1080p Mini Spy Camera is slightly smaller. Included in its design is a memory card slot that can handle micro SD cards up to 128GB. Should it reach its limit, the camera will resort to loop recording and rewrite the old video first.

The FREDI Mini WiFi Camera lands itself in a strange place. On one hand, it isn’t a bad spy camera, but it’s better suited as an IP camera—which is essentially any live streaming surveillance system. In that regard, it holds its value far better and makes better use of its video quality and motion detection.

According to a few customer reviews, people found that its ability to record audio was perfect for keeping an eye on nannies/babysitters. For a parent who wants to ensure physical and mental abuse are not being issued in their home by a hired nanny/babysitter—it’s invaluable. Do note, however, that it may be illegal in your state to record audio without their knowing.

Not everyone trusts their new nanny, and the FREDI Mini Hidden Camera is more than capable of providing that peace of mind. It’s built to provide 1080p quality, night vision, and record audio—all wrapped into a long-lasting battery. Live streaming can be a few seconds behind, and its design doesn’t hide its true nature, but it excels at being a security camera. 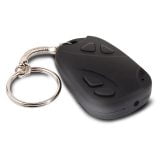 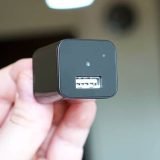 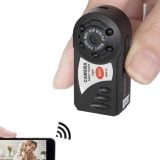 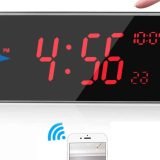 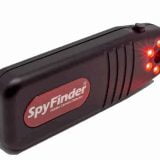 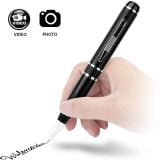