At first glance, you’d think the Fossil RFID Wallet took a few notes from the best cool wallets, due to its stylish leather exterior. But underneath its appealing design, it shares the same quality that puts wallets on the Best RFID Wallet list: RFID protection. It prevents thieves from swiping data when you’re out and about. 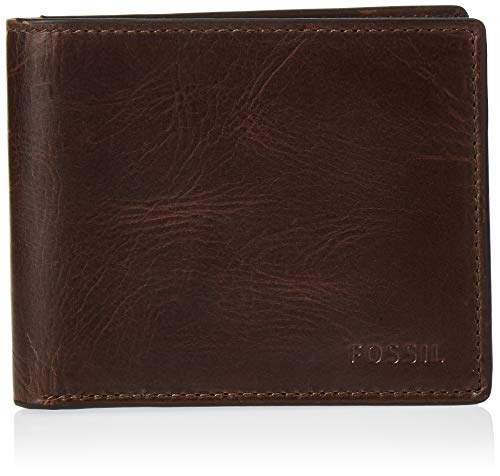 The Fossil RFID Wallet is going to make you feel like a detective, due to its dual-ID window that can quickly be revealed at the flip of your wallet. It’s genuine leather is also particularly pleasing to the eyes. Do you like leather wallets? Read more about a 100% buffalo hide leather in the Fossil bifold wallet review.

The Fossil RFID Leather Wallet is very pleasing to the eyes. Its genuine leather surface has been given a nice, dark finish, but only comes in three colors. The edges in particular have been shaped, with embroidery along the lining and interior. It’s simple, but effective.

If we’re talking durability, the Fossil RFID Wallet is going to have a hard time standing up against the Flipside Wallet. While leather is nice to look at, lack of care can make it crack and peel. Also, the polyester lining isn’t the most durable.

As a functioning wallet, the Fossil RFID Wallet isn’t the greatest we’ve come across, but it’s fairly average. It has 6 card slots for debit/credit cards, which is just enough, but could use more. At least it holds more than the Tommy Hilfiger Wallet and its measly 4 card slots. Additionally, you can drop change into the coin pocket or slot two separate IDs. Most importantly, there’s RFID protection to block nearby frequencies after your cards and IDs.

The Fossil RFID Wallet measures 4.5″L x 0.75″W x 3.56″H in size. If you’re a minimalist at heart, that might be too thick for your liking, but it’s still marginally slimmer than your average leather wallet (which tend to get rather bulky). However, a few bills and cards can quickly change that, so considering opting for the Travelambo Wallet if size is important to you. A minimalistic wallet you could also consider because it is also slim to fit in your back or front packer is detailed in the Furart slim minimalist wallet review.

It’s not hard to understand style does come at a cost, which appears to be where a large portion of the price comes from. With that said, the Fossil RFID Wallet’s overall performance and aesthetics don’t exactly warrant its nearly $50 price tag. If it had a few more cards slots, a removable ID window, and better durability, then perhaps.

The Fossil RFID Wallet can be used as a lesson: simplicity tends to be cheaper, not more expensive. Its leather exterior, while very appealing to the eyes and nicely crafted, isn’t enough to drop $50 on. It’s an average functioning wallet that needed a little more time in the oven. 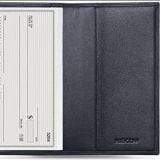 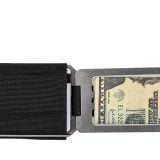 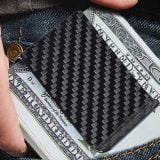 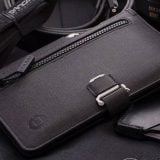 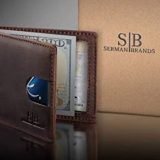 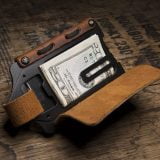