All of the Best GPS Tracker apps should be available from official places like the Google Play Store and the App Store. While the FlexiSpy app might not be that, it is very much competent. So much so that it can be considered as one of the options for the Best GPS Phone Tracker title.

The FlexiSpy app is not just some throwaway entry in an already somewhat congested spy phone app market. It’s pretty great, mainly because it’s not only limited to smartphones. You can even track Windows and macOS using this tracking app.

Too many parental control tracking features on a monitoring software results in a considerable performance impact. And that’s exactly the case with the FlexiSpy app. After installing FlexiSpy, the device’s performance can decrease anywhere between 30-50% on average. Even the Cocospy GPS tracking app is miles better in this aspect.

Once you allow the installation service of your phone to install FlexiSpy .apk file, it’s not all smooth sailing from there. Don’t get us wrong; it does come with a substantial amount of features compared to something like the Glympse app. But its interface isn’t really the easiest thing to get around for novice users.

This monitoring software is not really something you can find on the official Google Play Store or the Apple App Store. While that’ll create problems while trying to update the app, that’s not the only thing you should be worried about. Users who use these kinds of apps most often don’t have any idea where else the private data of the target device is being shared.

The FlexiSpy spy phone app is a good entry into the spy phone app market. The parental control options, text messages tracking, and more options are really worth paying the subscription fees for.

All in all, the FlexiSpy app is pretty good. Not many monitoring software come with this many parental control features that you can insert right onto the target device. 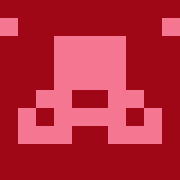