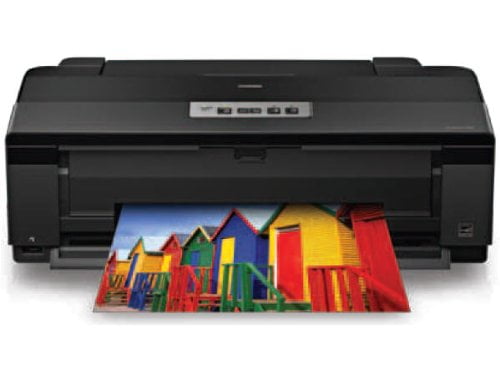 The Epson Artisan 1430 is another blast from the past printer that may sound a little outdated but was quite up-to-date back in its day. Despite that, it’s a specialty printer that can churn out stunning, high-quality prints using its six-color ink system that will still rival more modern-day printers. Although, if you find that this printer is printing faded projects, you might need to do some light maintenance.

Related: For those who want to cut on printing costs, the Epson Ecotank ET 2750 review may be a worthy read!

The Epson Artisan 1430 Wide Format Printers are marketed mainly as photo printers, and as such, output quality, not speed, will be the main deciding factor of whether you get one or not. However, we know many of you like to know print speeds, so after some research, we found that print speed is roughly 3ppm for both color and monochrome pages. This is outrageously slow, but remember, it’s about the print quality with this printer, and still slower than another photo printer from Epson, the Expressions Photo HD XP-1500, which gets about 9ppm, which is why it’s considered a best printer for cardstock. Still, check out the HP OfficeJet Pro 9015 if you want something faster.

Epson Artisan 1430 Inkjet Printers have especially good photo printing capabilities, and its photo quality representation is one of the best, bar none. Reproducing a color photo on photo paper or presentation paper matte yielded exceptional results. On plain paper, the color was accurate, but a little washed out. But this also means that, if you need to print text documents, they’ll be a little on the washed-out side, so be on the lookout for that. Check out the HP Designjet T120 if text documents are what you need more of out of your printer.

Epson Artisan 1430 Printers/Scanners come with your more advanced six-color ink system: Cyan, Magenta, Yellow, Black, Light Cyan, and Light Magenta. Because of this, it’s very difficult to estimate running costs because we have no idea when the two extra ink cartridges will produce more ink. However, because there is no program you can join for cheaper ink, and considering the cost of cartridges without this program, it’s safe to say costs can run high if you’re not frugal. Check out the Brother Inkjet Printer MFC-J985DW if you want to save on running costs.

The printer was first released in 2012, so it probably won’t have as many advanced features as many modern printers do. It has a CD/DVD-compatible tray for printing photos directly from those formats. But it does have Wi-Fi and USB connections, as well as a PictBridge USB Port in the front. Mobile connections include the EpsonConnect App. Overall, the printer’s accessories still make it viable competition in the home printers market. If you want the ability to print anywhere, the Canon SELPHY CP1300 has an optional battery pack that you can purchase.

The paper feed on the Epson Artisan 1430 has a capacity of 100 sheets of plain paper and up to 30 sheets of specialty or fine-art media paper. The product warranty is one year, which is always nice to have, but it can be extended should you need to. And despite being a wide format printer, it’s quite compact, measuring only 24.3 x 12.7 x 8.5. We know it sounds big, and it is, but for a wide-format printer, this is one of the smallest you’ll see.

The Epson Artisan 1430 will most likely act as a backup to your standard printer because of its only fair ability to print on plain paper and its excruciatingly slow print speeds. But this doesn’t mean it’s any less impressive. Moreso, think of it as a specialty printer that will bring family photos to a bigger canvas for all to enjoy. 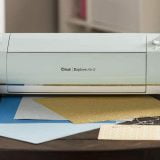 Best Printers For Cricut in 2022 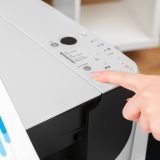 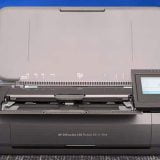 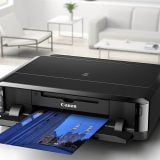 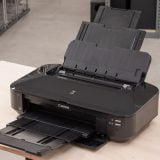 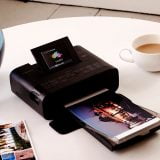