The question of belt vs chain drive on electric bikes is something may be pondering if you’re trying to determine the best electric bike based on your needs. While belt drives are often considered an upgrade from the older chain belt style, they’re not always the best choice, and since they’re increasingly common, you should get to know the pros and cons of each kind.

Chain drives have generally been the most common variety on e-bikes since they first appeared on the market, and go back at least 100 years on traditional bicycles. They’re so ubiquitous that many people have only ever seen a chain drive on a bicycle, e-bike, or motorcycle, and the fact that they’ve remained the primary technology for over a century speaks to the effectiveness of the system.

More recently, belt drives- which are made of a single piece usually made of an ultra-strong synthetic fiber attached to pulleys on the gearbox and rear wheel have begun to emerge on e-bikes as an alternative, and they’re generally marketed as an improvement on the chain drive. While this is often true, several factors- like value and compatibility- should be considered before either purchasing an e-bike or changing from one drive type to the other.

Like the debate over brake pads vs disc brakes, the choice comes down to the kind of rider you are.

It is a good practice to check both the voltage and ampere-hours of any lithium battery pack you are considering purchasing.

When it comes to upgrading or switching drives on an e-bike you already own, compatibility is going to be a key factor when deciding between drive types. Here, chain drives have the advantage- most chain drives will be compatible with most e-bikes regardless of motor, wheel, or bike frame types. Conversely, belt drives are a newer option, and are often more proprietary- there are also far fewer options and even fewer belt drive bikes.

A chain drivetrain is made of multiple pieces (the chain itself) that can be removed or replaced, making repairs possible in many cases. Belt drives, being one piece, can’t be dismantled in order to do repairs and thus will generally require a replacement depending on the damage- and being more expensive and less common than chain drives, this can be an issue.

Here’s where belt drives definitely have a major advantage. Chain drives can be quite noisy due to their metal construction and multiple pieces, especially at higher speeds. Belt drives aren’t metal and are comprised of one single strip of material, making them far quieter in any situation.

Chain drives require far more maintenance than belt drives- they need to be cleaned and dry lube treated regularly to keep them running smoothly. They’re also more susceptible to the elements, can limit top speeds, and can rust if not properly cared for. Belt drives, on the other hand, are extremely tough, don’t rust or wear down like chain drives, can support more weight, and don’t require any special maintenance.

How to calculate your ebike range?

Watt-hours calculate the energy capacity. To calculate WH, multiple the voltage by the amp hours of any lithium batteries available. This will result in a simple average and should work with most electric bicycles.

Which battery is best for an electric bike?

Lithium batteries last anywhere from two to five years, depending on usage, the number of charge cycles instituted, and a variety of other factors. 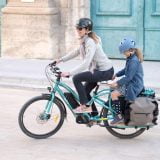 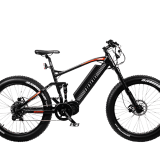 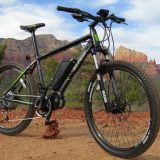 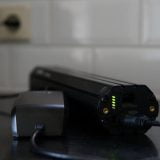 Best Batteries for Electric Bikes in 2022 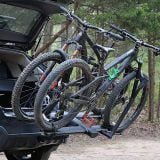