Electric Bike Regulations In the EU and UK

Under European and United Kingdom law, many electric bikes can be treated as bicycles rather than as Mopeds or motor vehicles. In general, this means you won’t have to register your eBike or pay road tax, but you are required to wear a helmet and observe other cycling regulations. eBikes are allowed on bike paths except where local rules prohibit them.

EBikes are allowed to use the bike lanes on UK roads and the cycle lane on most EU roadways. You don’t need a driving license to ride an eBike, but in the UK including in Northern Ireland, regulations state that you do need to be at least 14 years old. Be sure to also read more about the best electric bikes on the market today.

Definition of an EBike

Current regulations in both the European Union and the UK have a specific definition of an “eBike” that can be somewhat confusing. EBikes are required to have pedals and a motor power output limited to 250W continuous. Motor assistance is required to operate only up to 25 kph. Have a look at our electric bike sizing guide to learn more about the different types of e-bikes for different riding styles.

In EU and UK law, eBike maximum assisted speed is up to 25 kph. E-Bike riders can still pedal an eBike faster than this, but the eBike isn’t allowed to provide electrical assistance beyond this speed. Additionally, there are some bikes that can charge while you pedal. So it may be of interest to check those out if you don’t mind pedaling. You will get a workout in and you can go faster, win-win. So, if you are a speed demon, you will like that and you can also read this great article on how to increase an e-bike’s speed.

For twist throttle eBikes, the speed allowable under throttle assist alone is up to 6 kph.

In addition to the criteria for bikes with electric motors that fall roughly into the category of regular bike legal jurisdiction, there is an EU definition for more powerful bikes with motors beyond 250W or equipped with a full-speed throttle.

These “Speed Pedelecs” are in between e-Bikes and electric mopeds. They are allowed to provide throttle assist up to 45 kph and are required to be registered as motor vehicles for use on public roads. Riders are required to wear a motorcycle helmet.

Both the EU and UK regulations now state that to be classified as an “eBike” or Pedelec, an electric bicycle must have a motor with a continuous rated power output of 250W or less. This means the nominal motor power rather than the “peak” power, which can be confusing, as some electric cycle motors are advertised by “peak” wattage.

Off-road Switches can delimit many e-Bikes so that the electric motor can provide additional assistance at speeds beyond 25 kph, but according to UK regulations, these switches are not allowed for electric bikes used on public roads. They are legal in the EU for use on bike trails, but local regulations may mean they aren’t allowed within city limits. If you are curious you can read about throttle electric bikes to understand their usage better and why you should choose an electric bike with a throttle.

There’s no specific licensing requirement to ride an e-Bike that fits the definition of standard pedelecs in the European Union or the UK. However, in the UK e-Bike riders must be 14 years old or older. In order to ride speed pedelecs or more powerful cargo e-Bikes, you’ll need to have a license and the bike will have to be registered as an electric vehicle. In most cases, there’ll be some road tax.

In the United Kingdom, standard eBikes must weigh 30 Kg or less. The European Union doesn’t have a specific weight limit for electric bikes.

Other Rules and Regulations

Since UK eBike rules were harmonized with the EU standard regulations in 2016, eBikes purchased in the UK prior to January 1st, 2016 aren’t retroactively included in them. This mainly affects the use of full-speed throttles or “twist and go” throttles, which under European Union rules are only allowed as “start-up assist” features, providing electrical assistance up to 6 kph. If you have an older twist-and-go eBike in the UK, it can still be treated as a bicycle and not a motor vehicle, as long as it meets the other UK requirements for eBike classification. And finally, for added protection, we recommend any of these electric bike insurance options, even though this is not legally required.

Do e-Bike riders have to pay vehicle excise duty?

In most EU member states and in the UK, eBikes defined as standard pedelecs or “electrically assisted bicycles” don’t need to pay vehicle tax.

Is there a separate law for twist-and-go eBikes?

Under EU law, twist-and-go eBikes with up to 1000 watts of continuous motor output now fit in a category called “L1e-A powered cycles,” or speed pedelecs. These are technically motor vehicles but are not subject to the same taxes and requirements as a full-on classic moped. UK law allows for twist-and-go eBikes sold before 2016 to be considered standard pedelecs as long as they meet the maximum speed and power requirements.

What if my eBike doesn’t meet the regulations?

If you have an eBike that doesn’t meet the power and speed assistance limit, you can still ride it on public roads but you’ll likely have to have insurance, pay a small vehicle tax and have a moped driving license. You may also be required to wear a motorcycle helmet. 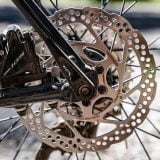 When Do You Replace Mechanical Disc Brakes on eBikes? 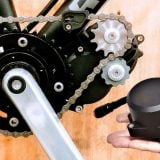 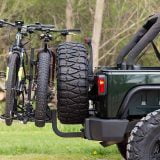 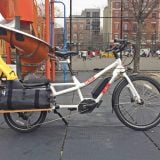 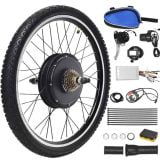 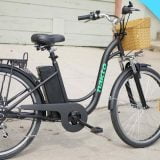