If you are shopping for a brand new camera, you may be comparing DSLR cameras vs digital cameras. The best digital cameras, after all, typically feature DSLR, compact, or mirrorless designs. Here is some more information about these camera types.

The umbrella term “digital camera”, however, includes DSLR cameras, compact cameras, action cameras, mirrorless cameras, and more. You’ll also see large format cameras and point-and-shoot cameras. So the differences, then, would be on the DSLR side. So what do DSLR cameras offer that some other digital camera types do not offer? A lot, actually.

DSLR cameras tend to include large and robust image sensors for superior image quality. The same cannot be said for compact cameras, action cameras, and some other subsets of the digital camera category. Though if a large image sensor is not your bag, you can also find DSLRs with medium and other sensor sizes. Many consumers, after all, look to compare medium format digital cameras vs full-frame DSLRs.

Mirrorless cameras are smaller than DSLRs, yet still offer much of the same functionality for professional photographers.

When comparing DSLR cameras to other types of digital cameras, including compact and mirrorless designs, you would notice that DSLRs tend to be heavier and bulkier. This is due to the fact that the design seeks to capture some of the benefits of film and digital all in one package. DSLR cameras are not pocket cameras and they are sensitive, so be sure to have them in a carrying case when not in use.

If you are looking for advanced controls over every aspect of the photo-taking process, go for a DSLR. Other types of digital cameras tend to be aimed at amateurs, so they are filled with automatic modes but often lack manual adjustment modes. DSLR cameras allow for shutter control, exposure adjustment, aperture control, ISO adjustment, and so much more. For professional shutterbugs, the adjustment options are an absolute necessity. For beginners, however, the sheer level of control may be somewhat overwhelming. Though it must be noted, many DSLR cameras feature a full auto mode that will handle these adjustments for you.

If you are looking to trade out for a number of interchangeable lenses, DSLR cameras are the way to go. DSLRs integrate with just about every lens out there, including telephoto lenses, so you can try your hand at different types of photography. Compact cameras, action cameras, and other subsets of the digital camera category are often locked into one lens, though mirrorless cameras can switch out to many different lenses. However, even mirrorless cameras have some limits in this regard. Some modern mirrorless cameras do allow for adapters that let you switch out to lenses typically used by DSLR cameras.

Unfortunately, all of the advanced features found in a DSLR camera come with a literal price, as they are much more expensive than compacts, point-and-shoot cameras, action cameras, mirrorless cameras, and just about every other type of digital camera. Though you can find a budget-friendly DSLR, it will tend to lack some of the advanced features found with the more expensive models.

DSLR cameras are relatively finicky, thanks to their roots in analog design. Other types of digital cameras, including compact and point-and-shoot models, tend to be much more durable with form factors that can take a hit or two before malfunctioning. If you are buying a camera to travel with, a DSLR may not be your best bet. Go for an action camera, as the lens is often protected by a shielded barrier. DSLRs, on the other hand, tend to feature a relatively finicky optical viewfinder instead of an electronic viewfinder.

What are the main differences between DSLR and mirrorless cameras?

Mirrorless cameras lack a mirror, so the light goes straight through to the image sensor. DSLR cameras tend to include an optical viewfinder whereas mirrorless designs feature electronic viewfinders.

But are mirrorless lenses really smaller?

Mirrorless cameras and their lenses tend to be smaller but still offer a decent depth of field, a good dynamic range, and more.

What is a point-and-shoot camera?

A point-and-shoot camera is essentially a compact camera made for amateurs, though they can typically capture quality images. 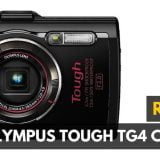 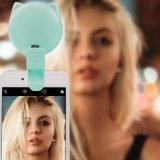 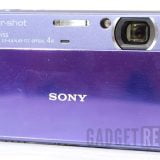 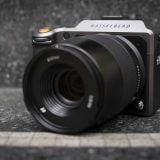 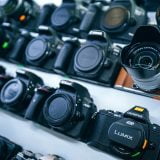 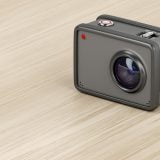 How Do I Get My Computer To Recognize My Digital Camera?