Drivebot Is A Dongle That Monitors Your Car’s Health_

The best car alarm will keep your car from being stolen, but this gadget keeps it healthy. Many drivers try to make sure there vehicles are in the best working condition, while some find it difficult to keep track of everything happening inside your car. What if there was an app to make sure you can find out if there’s anything wrong with your car? Well, you can now, thanks to Drivebot, a small dongle which plugs in to your car, and connects to a smartphone app to give you with useful insights about your car’s health. The company describes it as “Fitbit for your car.”

How does it work? Well, Drivebot plus in to your car through the On Board Diagnostic (OBD-II) port found on most cars sold since 1996. It’s then connected to a smartphone Bluetooth, and you can monitor your car’s health through the Drivebot app which is available on Android and iPhone. So, with just a single tap, you’ll find out if there’s anything wrong with your car, and possible solutions to fix the issues before they become severe.

It doesn’t only identify the problems, it helps users become a fuel-efficient driver by providing drivers with the best and shortest routes to their destinations, thereby saving fuel. It doesn’t end there, the app even offer users with several driving tips to help them save on fuel costs, and improve their driving habits.

Drivebot also comes with internal memory which can store the trips data even if it’s not connected to a smartphone. Furthermore, you can export your trips data from the smartphone in the form of a CSV file which works in most spreadsheets programs. This will help you analyze your driving habits, and show you how much money you’ve saved.

The project is currently seeking funds on Indiegogo, and have already surpassed their goal of raising $35,000. At the time of writing, the project generated almost $72,000. The unit is expected to retail for $119 when it launches, but Indiegogo backers can get it at a massive discount. The dongle is expected to launch in February alongside its iOS app, while the Android app is scheduled to launch in March.

Head over to Indiegogo to get more details about this new device. 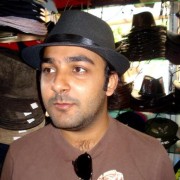 Hammad is a full time writer who worked for many popular websites in the past. He loves to write about smartphones and gadgets. When he is not writing, he can be found playing Clash of Clans on his iPhone or looking for a good place to eat.