If you are thinking about purchasing a top-rated air purifier, you may be wondering one thing. Does an air purifier remove smells? Read on to find out.

It can be helpful to understand what causes foul odors before you can realize if an air purifier can help. Smells are actually caused by minuscule physical compounds. For instance, the smell of a banana is caused by opening that banana and allowing a compound called geranyl acetate to be released into the air.

Absolutely, though results will vary depending on the severity of the odor and the type of air purifier you have. As previously stated, foul odors are caused by small physical particles being released into the air. Air purifiers will draw in these odor-causing particles, trap them, or eliminate them at the point of contact. They can also help reduce certain allergens.

How to Reduce Foul Odors in the Home

Here are some tips to help reduce and eliminate nasty smells from your home or office.

We do recommend that if you choose to run your purifier 24 hours a day and seven days a week that you do so at its lowest setting.

It is important that you choose an air purifier, like the Filtrete Fap02 air purifier that has been purpose-built for the reduction and elimination of foul odors. A genuine HEPA filter can help trap these odorous particles, as aroma particles are typically the correct size to be captured and trapped by the air filter. Carbon filters can also be a great choice. You should also consider an air purifier that has been equipped with an odor diffuser of some kind, as these diffusers will release pleasing aromas to combat foul smells in the home. Common diffuser types include lavender and other calming smells.

Your air purifier can also work with your central air conditioning for maximum efficiency.

Now that you have chosen an air purifier that has been designed to reduce or eliminate foul odors, don’t be afraid to use it. It is generally considered to be an acceptable practice to leave an air purifier running continuously. We do recommend that if you choose to run your purifier 24 hours a day and seven days a week that you do so at its lowest setting. Running it continuously on its highest setting can tax the purifier’s internal components.

Some nasty smells are caused by mold, mildew, and fungus. An air purifier will help with these smells but it can be more efficient to eliminate the root cause of the problem. Try to find the source of the odor and do something about it, preventing further outbreaks in the process.

What are the different types of odor-reducing Activated Carbon filters?

Can an air purifier remove odors without a carbon filter?

Sure, though some kind of filter will be necessary. Activated carbon filters are considered to be a highly effective choice for eliminating smells, but HEPA filters and electrostatic filters are not far behind.

Air purifiers can certainly help with cigarette smoke, as smoke is heavy enough that it will easily be pulled into the filter.

STAT: In a study of over 1,000 American adults, 34.7% reported health problems when exposed to fragranced products in the workplace. (source) 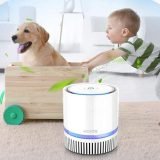 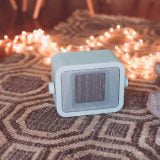 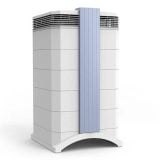 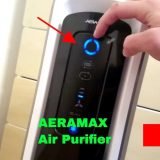 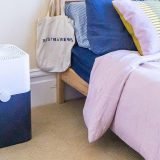 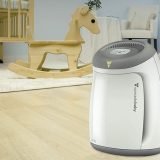