If you are looking for the best professional drone or the best follow-me drone then the DJI Phantom 4 Pro should be one you check out. Although, for a quick peek at other DJI drones, read our DJI Spark remote-controlled drone review and our DJI Inspire 1 Pro black edition review. What makes the DJI Phantom 4 Pro so special? Well, it’s largely due to its excellent obstacle avoidance system and the five-mile transmission distance. With all these features, you’ll wonder why the Phantom wasn’t just included in the Mavic Series line as it is one of the top-rated drones. 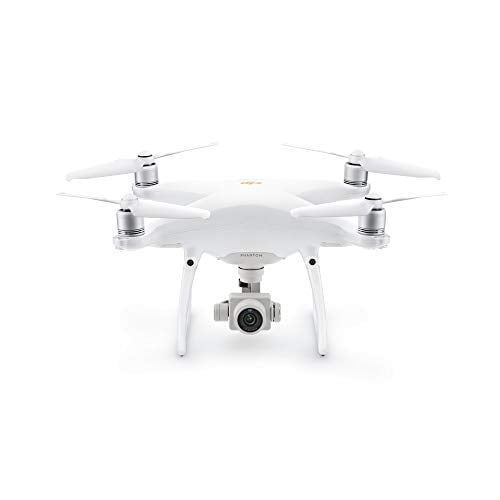 The DJI Phantom 4 Pro may be a departure from the flagship Mavic series for DJI, but this doesn’t mean it’s abandoned all the features that make DJI great. A high top speed and long flight time are just two examples. It may be a little heavier, but are three pounds all that hard?

The maximum speed on the DJI Phantom 4 Pro is 45 miles per hour which is fast enough to cover a lot of ground. If you’re confident in your piloting skills and want to go faster, try the DJI Inspire 2, but be aware that it’s expensive. The Phantom 4 Pro also has a variety of intelligent flight modes, and obstacle avoidance, so you can confidently fly without worrying about damage to the drone. If you are a novice then you should take a look at our DJI Spark Fly More Combo review.

The Phantom Pro 4 provides up to 30 minutes of flight time on a single battery charge. It’s not the highest we’ve seen, that title belongs to the Autel EVO Drone, but it’s still a respectable, and higher than average, amount of time. The Phantom 4 Pro may earn distinction as one of the best drones for its transmission system too. Thanks to OcuSync 2.0 technology a signal is transmissible as far as 5 miles. But be aware that in most drone laws around the state a drone must be within 500 meters of its operator at all times.

Compared to other drones DJI offers, especially the DJI Mavic Pro series, the Phantom 4 is quite large and bulky. The drone itself weighs three pounds, which is lighter than the FreeFly Alta 8. But, that’s excluding any extra batteries or the even bigger remote. While I see this as a plus, because it means it’s more stable in the air if conditions are less than optimal, I can understand how cumbersome it can be for others who want a simple, lightweight drone. Especially if you’re going to be transporting it around a lot. For a much compact drone, check out the DJI Phantom 3 Standard review.

Despite not being able to take full use of the OcuSync 2.0 technology, the Wi-Fi at a mere 500 meters will be secure. The Phantom Pro, like all its brethren, is compatible with the DJI GO App. Just make sure you’re installing the GO 4 app and not that standard one. The larger remote controller also means you can use your tablet to control the drone instead of your phone if you find tablets more comfortable.

The fantastic camera means you’ll get a return on investment for both advanced drone users and industry professionals alike. I double this drone would be an easy sell for a drone newcomer, but if you have the money and want to jump in head-first, this is an excellent drone to pick! 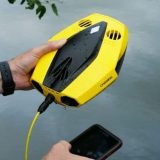 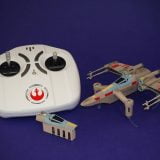 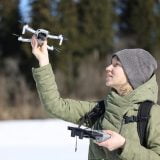 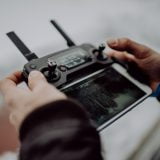 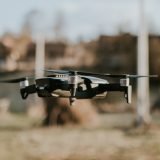 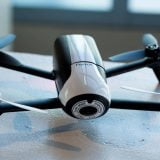