When it comes to the brand Dell, it’s almost a guarantee that you’ll receive a quality product. Featured in our category for Best Computer Monitors, the Dell UltraSharp U2515H is no different, offering easy setup for dual monitor display, wide viewing angles, and VESA compatibility. It’s no wonder why this monitor made it to our list for Best Vertical Monitors and Best Computer Monitors, even with issues regarding low contrast ratio and back bleed. 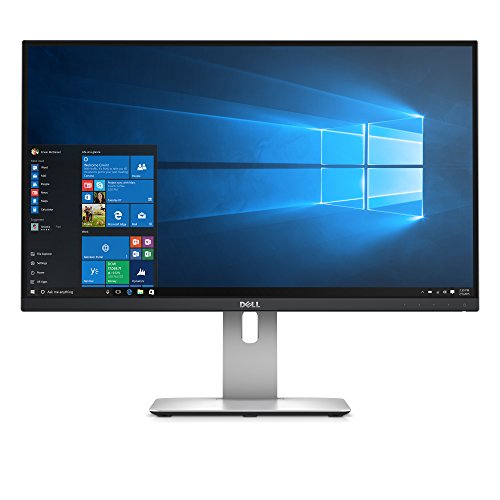 The Dell UltraSharp U2515H features a good picture all while saving on power consumption. A high aspect ratio ensures a clear picture.

With the Dell Display manager, it’s easy to finetune the model U2515H to fit whatever profile you want. With a resolution of 2560 x 1440, no small detail will go unnoticed. Additionally, the 1:78:1 aspect ratio helps to ensure the best picture the Dell UltraSharp U2515H can provide. One noticeable downside however is the contrast ratio is not the best, especially compared to the BenQ PD2700Q.

Able to be seen from virtually any angle, the Dell UltraSharp U2515H provides a crisp clear image no matter where you look. Featuring ultra wide viewing angles of 178 degrees on either side, you won’t have to worry about staying perfectly centered to get the best view. Rotation is also a breeze, much like the Samsung Business SR650, the Dell UltraSharp U2515H is effortlessly able to switch between being a horizontal to a vertical monitor in a matter of seconds.

While seeming thin and light, the Dell UltraSharp U2515H is surprisingly durable. The monitor is slim and light, but is supported by a stand that feels solid and secure. For those who want an extra layer of security for their new investment, the Ultrasharp U2515H is VESA compatible, meaning you can securely mount your monitor to a wall and never fear about dropping your new monitor.

For the price, you’re getting a desktop monitor that will last for a while, just be aware that while it may be marketed as a primarily productivity based monitor, features such as the aspect ratio, dual monitor setup and 60 hz refresh rate make it a fair alternative when it comes to gaming. Versatile with wide viewing angles, there’s something that everyone will like about the Dell UltraSharp U2515H.

Sleek, slim and durable, the Dell UltraSharp U2515H is a monitor for the everyman, while still offering something unique to buyers. Featuring dual monitor support, wide viewing angles, and VESA support, not even issues with bleeding and low contrast should scare customers from considering the Dell UltraSharp U2515H as their next monitor of choice.