As an artist, finding a laptop that’s versatile is key to being the best Chromebook for artists. One you should consider is the Dell 3189 Chromebook. It has the ability to go from being a laptop for browsing purposes, to being a touchscreen tablet in one quick movement. And hey, its color accuracy isn’t bad either! 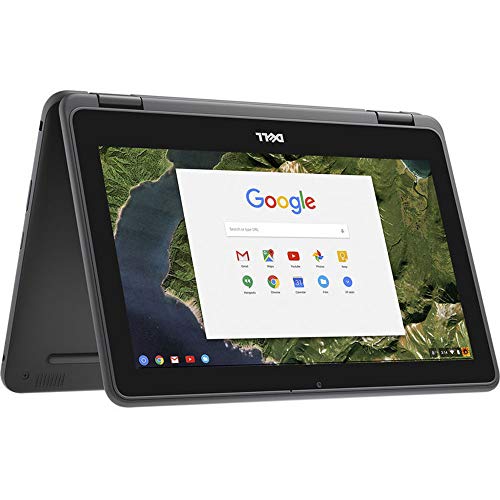 For an all-in-one option, the Dell 3189 Chromebook begs to be used. As an artist, you’ll want the most versatile deal, and considering this Chromebook has a touchscreen with good color gamut, it’s a tempting offer.

Resolution maxes out at 1366×768, which is just slightly better than 720p. However, it covers just a bit over 80% of the sRGB color gamut, with standard scores being around 95%. Its display is also touch screen, giving you 11.6 inches of space to work with, especially if you hunt around for art programs among Android apps.

Battery life is also really good, surviving a 9-hour trip without the need of a charger. The Google PixelBook Go i5 Chromebook has it beat by just 3 hours. Either way you’ll survive a day in school.

Weighing in at 3.2 pounds, the Dell 3189 Chromebook is fairly light. While not made of metal, it has been dropped 26 times onto plywood, from 30 inches high, and still worked. That was done by Dell’s on testing. It even passed several MIL-SPEC tests, covering shocks, temperature extremes, and vibration.

You have your standard selection of inputs, at least the most important. You have an audio jack, SD card reader, HDMI, two USB 3.1 ports, Wi Fi 802.11ac, and Bluetooth. This gives you options on extended storage through the SD card, casting it to a second screen via Bluetooth or HDMI, and enough ports to plug in an external mouse and keyboard. Unfortunately, it doesn’t have USB-C, unlike the Lenovo Chromebook S330.

Is the Dell 3189 Chromebook worth picking up? The life of an artist can be difficult early on, so having a laptop that’s also touchscreen can be a valuable asset. It may save you the trouble of seeking out a graphics tablet. However, it isn’t the best multitasking tool; the N3060 Intel Celeron processor is only dual-core. If you don’t need touchscreen, go with the HP Chromebook 14.

The Dell 3189 Chromebook is one solid number you should really consider. Being able to use it for drawing, thanks to a touchscreen, is a valuable trait to have—especially considering how pricey graphics tablets can get. It has good color gamut coverage, which is also important for art. And while void of USB C, it has enough ports for external peripherals.