If you’ve got a large property that needs a lot of security with not a whole lot of cameras in the mix, you’re probably thinking about investing in wide-angle options like the D-Link DCS-8200LH.

With its 180° lens, this camera can easily cover twice the viewing landscape of some competing options, but is that one benefit alone enough to help us forget the many places where it falls flat on it face?

Summary: The D-Link DCS-8200LH 180° wide-angle IP security camera is a decent choice if your number one concern is seeing as much of your front/back yard as possible in a single shot, but otherwise its lacking software support is enough for you to leave it behind for better options.

The design of the D-Link DCS-8200LH isn’t really all that much to look at – but then again that’s sort of the point, right?

The D-Link DCS-8200LH HD 180° Wide-Eye IP security camera is a very basic looking piece of kit from the outset, but then again when you remember that security cameras are supposed to be unassuming and discrete, the apparent style choices start to make a bit more sense.

Because of the aforementioned 180° HD wide-angle lens, the design of the DCS-8200LH is designed to give the camera as much space as necessary to get the widest picture possible. This means that almost the entire housing of the unit is occupied either by the lens or its surrounding IR emitters, which could be difficult to find a place for if you’re not already sure where to put it.

Mounting the camera is sightly more complex than other stick-and-go systems you might find, requiring you to mount the unit in a wall that has at least one available stud to drill into. We would have preferred this process be simpler, but it wasn’t exactly a huge hassle, either.

The D-Link DCS-8200LH features a 720p resolution camera with a 2-megapixel sensor, 180-degree field of view wide-angle lens, night vision capability up to 16ft, a micro-USB plug in port, and an onboard one-way speaker.

Setting up the D-Link DCS-8200LH was eerily reminiscent of the process we first encountered during our review of the Netgear Arlo Q IP camera, with a QR code and an app download taking up the majority of the five minutes it took to get everything up and running smoothly.

If you want to mount the camera there is an included mounting kit that can be installed with only a screwdriver, though it’s recommended you do it the proper way with a power drill if you plan to mount the camera anywhere outside for extended periods of time.

The available features on the D-Link DCS-8200LH are anything but revolutionary, and should pretty much be considered standard additions by this point for any security company worth its salt.

All the obvious inclusions are here like night vision and the option to record footage either manually, or through the onboard motion sensor. You can configure how the motion sensor responds, as well as setup local recording on a micro-SD card if you’re worried about someone robbing your house and hacking your accounts all at the same time.

There’s also a one-way speaker, though we would have preferred to see this run as a two-way system as we have so many times before. Last is the feature which allows you to integrate new or existing IFTTT recipes into the mix of how the camera is used, which can either be hugely helpful or just an annoyance, depending on how much you use IFTTT already.

The included mydlink app for iOS and Android is simple, intuitive, and easy to get the hang of in just a few minutes, which should be great for novice users. All that said, one big thorny gash in the side of the DCS-8200LH is its total lack of desktop/laptop access, which you’ll only discover after you try to login to your mydlink account from the unsupported device.

There’s no indication that D-Link has plans to re-introduce the DCS-8200LH back into the mix of cameras that have mydlink access from a browser page or software application, which to be perfectly frank is a deal-breaker full stop for me.

Competing IP cameras like Netgear’s Arlo Q already have all the infrastructure set up you need to start watching and streaming from your computer instantly, no matter if you’re on a Windows build or a Chromebook. Everything including settings and configurations, along with the free included cloud storage, is easily accessible straight out of the gate from one portal, something D-Link is known to do well (when it actually works).

Until browser support is re-added by D-Link, no matter which way you swing it, the HD 180° DCS-8200LH is a bum beat. With its dated 720p resolution, no cloud-saving options available, and complete lack of desktop access, the DCS-8200LH is missing way too many core features that come standard on any IP camera worth the money released in the second half of 2016.

If you’re in the market for a great IP camera that just works, you’re way better off going with something like the 1080p Arlo Q instead, which only costs about $50 more but saves you money in the long run thanks to the addition of a free subscription to Netgear’s cloud recording service. 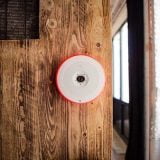 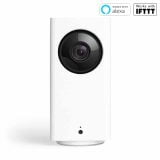 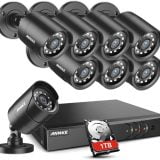 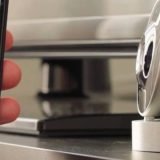 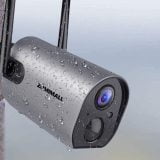 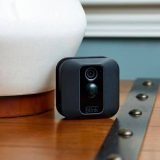