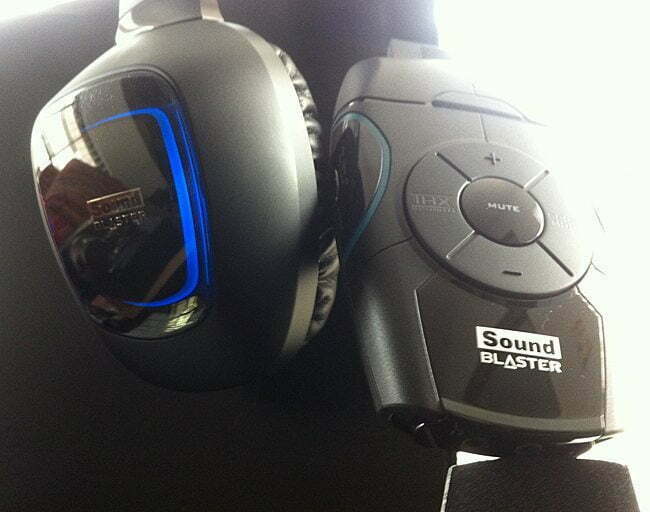 Before early 2012 I had been an outspoken naysayer when it came to wireless headphones and mice. I could give you a laundry list of past issues I had with such setups. But the major hurdle boiled down to latency and response times. Much has changed in just over a year. I still avoid wireless mice for my own personal use. But wireless headphones have made long strides to resolve many of my past pet peeves.

Some solutions that have proven head and shoulders above the rest in performance and signal quality are the Skullcandy PLYR2, Astro Gaming A50 Wireless, and the PDP Afterglow Wireless gaming headphones. Today we’re adding one more wireless gaming headset solution to the unanchored fray. This one comes to us from Creative Labs. The Creative Sound Blaster Recon 3D Omega Wireless is a 7.1 Dolby Digital solution that plays nicely with PC, Xbox 360, and PS3. And for an additional option to check out that’s 7.1 as well, read our Corsair Vengeance 2000 Wireless 7.1 gaming headset review. 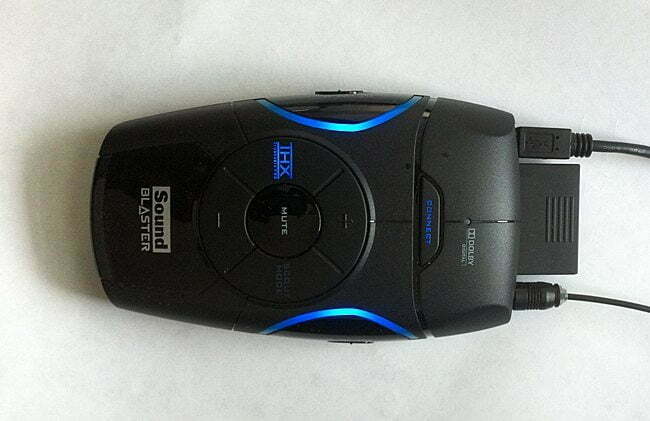 The Sound Blaster Recon 3D Omega comes with the main Tactic3D Omega wireless headphone unit, Sound Blaster Recon transmitter, Tactic Link wireless card, installation CD, inline volume control for Xbox 360, 2x Micro-USB-to-USB cables, and a single optical cable. Unfortunately, you do not get a stand or a charging base. Also, past experience has shown that USB charging is flawed. It requires a device (PC/laptop/console) to be powered on so power-needy devices like the SB Recon 3D Omega headphones can nurse power. It would be nice if these companies could include a 110-volt AC plug with a USB connection. They are found packaged with more mobile-friendly devices. If you have one, I suggest using this to power your headset and kill the reliance on powered-on devices.

Installing the SB Recon3D Omega set is easy but involved. When connecting to the PC, slide the Tactic Link wireless card into the SB Recon transmitter. Then plug one end of the Micro-USB-to-USB into the Recon transmitter and the other end into an available USB port on your PC or game console. Now run the optical cable from the port on your PC sound card, motherboard, or console and connect the other end to the corresponding port on the transmitter. Xbox 360 owners will want to connect the Xbox chat cable from a 360 controller to the 3.5mm port underneath the left earpiece. A mini USB port is also located next to this port and is used for charging the headphones. A full charge takes 5 hours, which will give you about  8 hrs of continuous game time across the unit’s lithium battery. Plus, you can still use the SB Recon 3D Omega set while they charge. 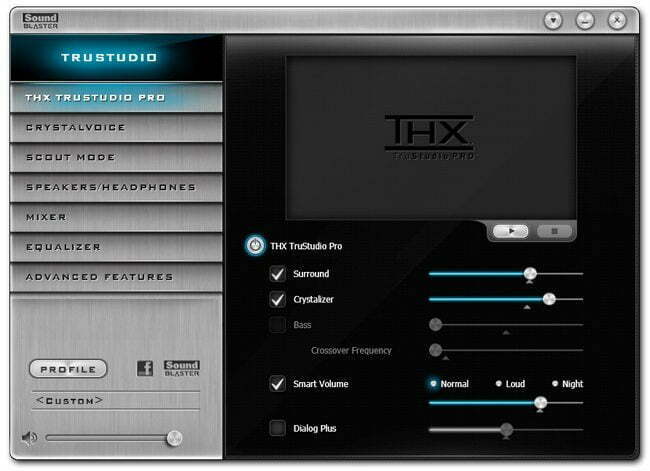 I can’t speak highly enough of just how enjoyable I find the Sound Blaster Recon3D headset. They’re comfortable with more than enough padding. My head is small, so the lowest adjustment is right for me. But the earpieces extend and retract to fit various sizes–as is to be expected with most headphones. The earpieces in the Recon3D Omega also feature a thin blue illumination that frames the company logo found on each earpiece. Volume and mute functions are located on the headset to the front and back of the left earpiece. They’re easy to reach and responsive. The microphone is not retractable, and you can’t tilt it up to mute it. But it is flexible and can be positioned how you see fit. It is also removable. But I would have a much-preferred one that tilts up out of the way when not needed.

Audio playback in both games and movies is beastly! The sound easily beats out the Razer Tiamat 7.1 set we tried. They also push out clearer highs and punchier lows than the Astro Gaming A50 Wireless Dolby Digital 5.1 set. In fact, the only competition comes from Mad Catz with their surprising F.R.E.Q. 7 Dolby Prologic xII headset. The crystal clarity is unmatched–but just barely. Where the Mad Catz falls short is the lack of customizations to the sound you hear. 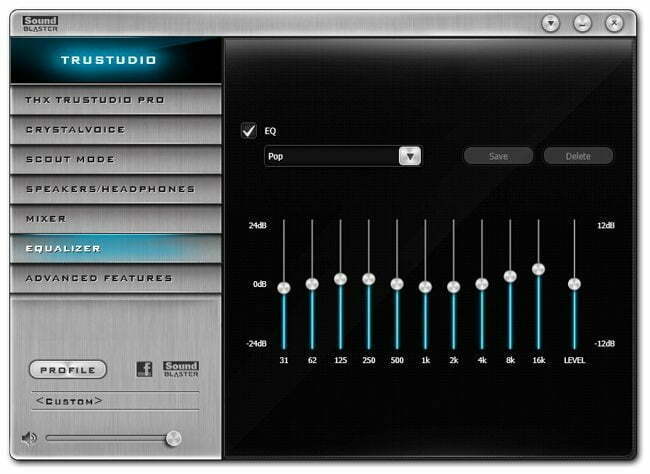 Where Mad Catz offered a simple trio of EQ presets, Creative has packed the SB Recon3D Omega wireless headset with their Sound Blaster Recon 3D software set. It’s a robust suite of tools and tech nearly identical to what is packed with the Sound Blaster Z soundcard we reviewed in January.

The THX Trustudio Pro is your first stop. Here you can adjust and test the surround and the Crystalizer function. Crystalizer is great for adding pitch and crisper clarity to high and midrange sounds. In this same section, you can also adjust Dialog Plus, which makes movie dialog distinctly clearer. Crystal voice gives you several chat-related enhancements to play with, such as mic volume and boost, noise reduction and cancellation, and CrystalVoice, which adds special effects to your voice. The Sound Blaster Recon 3D Omega gets even more interesting with another in-game sound feature called Scout Mode. It can be accessed through the SB utilities or directly via a button on the Recon transmitter. Scout Mode enhances game sounds like footsteps and such to give you a tactical edge in games. I was skeptical, but it worked very well. The Recon 3D Omega also has a fully working and customizable equalizer on hand so you can fine-tune your highs, lows, and midranges just right. 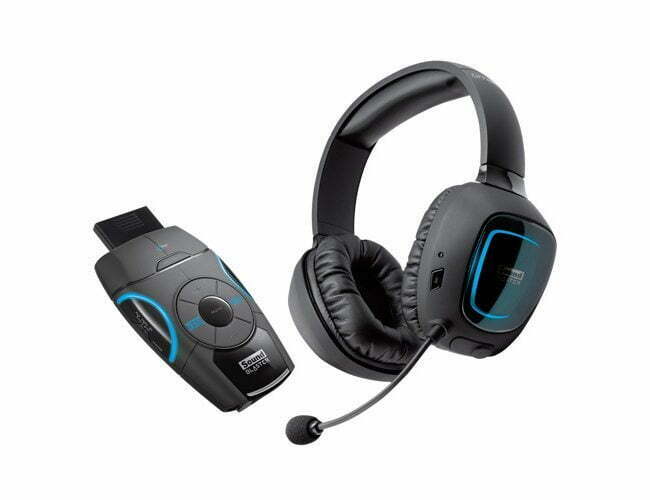 This is the ace up Creative’s sleeve. With a little time and attention in the bundled software suite, the SB Recon3D Omega wireless can strongly compete against the cool but unfortunately tethered Mad Catz F.R.E.Q. 7 headsets, and then some. Nothing comes off as hollow or airy. There is no tinny sound from the highs; the lows are deep like an abyss, yet remain full and powerful. Sound bleeds out of the earpieces at higher volume levels and can irritate those nearby.

But those are minor crumbs from a very rich table. The Sound Blaster Recon 3D Omega wireless headset is one of Creative’s finer achievements and there are many. It is a fabulously well-rounded system that works well with PC and console systems. It comes packed with all that’s needed–even Xbox chat cable and optical cable. They are comfortable for the full scope of the 8 hr battery life and look sharp too. The set has its flaws, but nothing that will bar you from loving them. To top it off, they are wireless with strong signal strength, freeing you to frolic and grandstand in untethered bliss. And if you prefer wireless, the Logitech G533 gaming headset is another option you can check out. Additionally, we have a great list of the top SteelSeries gaming headsets you can check out if you are still looking.

Bottom Line: Creative has an amazing solution in the Creative Sound Blaster Recon 3D Omega wireless gaming headset. All pieces hit on all cylinders. A stand would help and so would a better charging solution. But both of these gripes are extremely minor and can be circumvented with a little resourcefulness.

·  Wireless is so liberating

·  Much cheaper than competing solutions

·  AC-to-USB adapter would be helpful

·  No wired option when the battery dies

·  Some sound bleed could be irritating to others 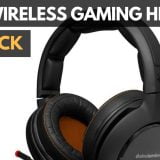 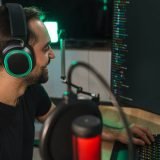 Gaming Headset with 3.5 mm vs USB 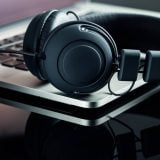 How to Connect a Gaming Headset to an Audio Interface 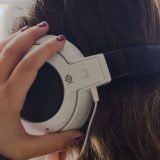