The next step is important, especially if you’re in the market for the best air purifier. Is it a small room purifier or the best large room air purifier? If you leaned towards the latter, we suggest the Coway Airmega 200M. It’s small, compact, and has a 4-stage filtration system as opposed to three or two for improved performance and efficient indoor air purification. Check out our Hamilton Beach Trueair Odor Eliminator review for a similar unit. 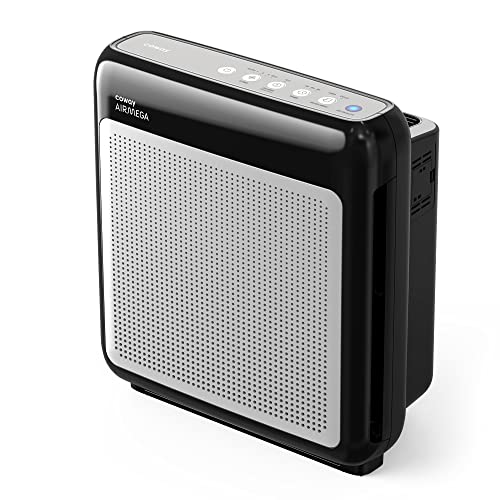 The Coway Airmega 200M pushes ahead of other air purifiers by introducing a fourth filtration system, as opposed to three or two and a half. It’s also small, compact, and easy to move. For more information about inner workings, read our guide on how do air purifiers work.

You’ll find three different speed settings on the Coway Airmega 200M, which is one less than the Coway Airmega 400, but is still average in terms of levels. On the highest setting, you can expect a CFM rating of nearly 250. Unfortunately, it isn’t Energy Star certified; and despite being of smaller design, it can use upwards of 80 watts.

For more Coway brands, check out our Coway AP 1512HH review and our Coway Airmega 300 review.

Similar to the Blueair Sense air purifier, it’s more than capable of improving indoor air quality for rooms no bigger than 360 square feet. That’s more on the smaller size, which is fine if that’s what you need, but still twice as much as the Levoit Core 300. On the other hand, the Airmega 200M cycles out the air in your room every 15 minutes. Alternatively, for larger room coverage check out the Dreval D-950 air purifier.

Not entirely unique, but still great is the Coway Airmega 200M’s 4-stage filtration system. Its pre-filter has no problem grabbing large particles in the air (human and pet hair or even mold). Harmful gases have to contend with the activated carbon filter, which fails and is trapped and scrubbed of odor. Afterward, the True HEPA filter will tackle allergens, pollen, fungi, and even virus particles as small as 0.3 microns (99.97% efficiency).

Rather than be short and wide bits of plastic, the Coway Airmega 200M is slender, yet wide. It measures 9.6 x 16.8 x 18.3 inches, which does add some depth to its base, but could lead to knocking it over if not careful. After all, it’s just 12.3 lbs.

Considering how affordable the Coway Airmega 200M is, especially compared to Alen Breathesmart Classic Large Room Air Purifier, it’s right on track for having excellent value. It has the performance and design to warrant its price. You’ll pay just an itty bitty more on energy, but it’s peanuts compared to other air purifiers in this bracket.

Coway did it again with the Coway Airmega 200M: an affordable, yet strong companion for purifying the air around you. And it’s in the perfect position for improving the air in your living room or bedroom, especially with its improved filtration system and Auto Mode. Don’t let the lack of an Energy Star certification turn you away. 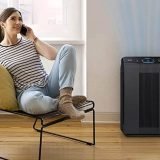 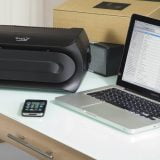 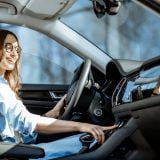 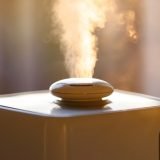 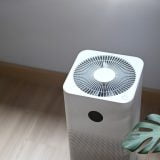 What is a Pre-Filter in an Air Purifier?