Designed for both commercial and home use, this blender from Cleanblend promises to be your trusty sidekick whenever you need to mix, emulsify or make a puree out of your food. It is perfect for making smoothies, ice cream, milk shakes, fresh juice, soups and a whole bunch of other edibles that involve breaking down your food to its finest form. You get to be fully in control of the whole blending process through its many different variable speeds, and its powerful motor works fast for when you don’t have that much time to spend in the kitchen. With that said, you must be wondering whether or not it is the best blender to get for your kitchen needs. Instead of wondering, how about you get on with the rest of this review and find out.

The Commercial Blender by Cleanblend is an all-in-one, heavy duty appliance that allows you to perform up to 9 tasks without much hassle, making it a great addition to your kitchen. The blender features 8 stainless steel blades and a powerful 3 HP motor that pulverises anything you throw its way.

One of the biggest pet peeves for almost anyone that regularly uses a blender is how noisy it normally gets. While this is difficult to completely get rid of, there are commercial blenders that are noisier than others (hint: the Oster Versa Pro Series Blender), but this model from Cleanblend is a relatively quiet one. You’ll get to make smoothies or blend frozen fruit without too much disruption. If you really want to tone down the dB output though, make sure you go for a different blender that comes with a sound enclosure. Other than that, the one thing we wished this blender came with is a countdown timer, but then we guessed that if it did, it’d probably be more expensive than it currently is.

Regarding its size, this blender is almost as tall as the Hamilton Beach Blender at 19-inches, and this is only because of its shatterproof 64 oz container. Operation is also straightforward since the controls on this Cleanblend blender are really as simple as it can get: you have a power switch to turn it on or off, a variable speed dial for speed control, and a pulse clicker for push-release action. Is it the best blender in terms of design? Well, the Blendtec Designer 725 looks a lot better if that’s what you’re going for, but you should be prepared to dig a bit deeper into your purse or wallet to get it into your kitchen.

The Vitamix 7500 may be the best commercial blender you could get from Amazon com right now, but if it’s a bit out of your budget, then this Cleanblend blender will also do just fine. Its long list of abilities make it great for commercial use even in a food establishment, and the many positive product reviews you’ll find about it goes to show how much value you’ll be getting once it lands in your kitchen.

As far as we’re concerned, this model from Cleanblend is one of the best commercial blenders that you can get on a budget. It’s not as hushed as the Vitamix quiet one, but its price and features make the blender best in its category. 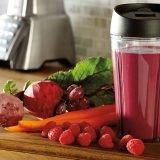 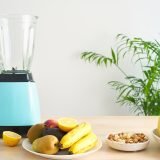 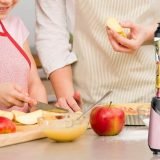 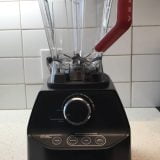 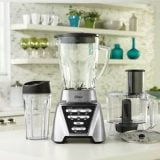 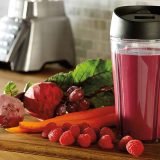