Finding the best keyboard requires knowing what its primary use will be. For example, the right keyboard for a competitive gamer is likely different than that of an accountant. And for mechanical keyboards, the switch is one of the most critical parts of the keyboard. There are many types of switches, and each design has a unique purpose. Below, we’ll compare two widely used gaming mechanical switches, the Cherry MX Speed vs Red.

Suppose you want to know more about keyboards generally before buying anything. In that case, you can read our article explaining the differences between hot-swap vs solder keyboards.

For those still learning, a keyboard switch is the mechanical part of the key that presses down to activate the sensor. Once pressed, the sensor communicates the command to the software, making it appear onscreen.

Cherry also offers Silent Red key switches. They are the exact dimensions and specs as traditional Red Cherry MX Switch but are made slightly differently to make much less noise.

It may seem trivial to nitpick over what type of switch is best. Still, it’s often something that can make a big difference depending on your preferences.

Right now, we’re looking at two switches: Cherry MX’s Silver Speeds and Reds. Cherry MX is the name of the company that manufactures the switches. However, when you hear someone refer to a Cherry switch, they aren’t necessarily talking about the specific manufacturer. Instead, they are probably referencing the original Cherry design, which is how many brands’ design switches today. Think of it as seeing an off-brand tissue and calling it a Kleenex.

Today we’re looking at Cherry MX’s two most popular gaming switches, the Silver Speed and the Red. Both of these are linear switches. Compared to clicky or tactile switches, with linear switches, there is no click or tactile bump when the key is pressed. Instead, they have a smooth and easy keystroke, whereas tactile feedback switches have resistance and make noise. For more on this subject, we have an article explaining linear vs clicky switches.

And for anyone specifically interested in switches with a tactile bump, check out our piece that compares significant differences between the Cherry MX Clear vs Brown switches.

The fastest switch out there is the Speed Silver. They are optimized for speed by being .06 MM thinner than Reds, which creates a shorter travel distance. The Silver switch’s faster actuation makes a desirable difference for gamers who take their play seriously and must register many repetitive commands.

However, although Red switches are also fast, some prefer the slight delay from the Cherry MX Red switches longer travel distance. This medium makes the Red Cherry’s most popular switch, but both types are a great option for gaming.

The shortened activation point for the Speed Silver is too sensitive for most common typing purposes.

Because of the decreased travel distance, many find Silver Speed hard to type with because it can register strokes that aren’t meant to be part of the text. On the other hand, because the Red switch takes slightly more to activate the command, many prefer it for typing.

What are the quietest switches?

How much do Cherry MX switches cost?

Most Cherry MX switches cost around $10 for a pack of 10.

What is the difference between Gateron and Cherry switches?

These are two of the most common switch manufacturers. Cherry is a brand with a well-established history and quality, but Gateron often has more cost-efficient prices. 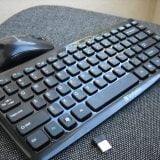 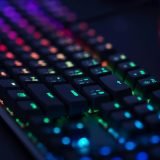 Which Cherry Switches Are Quietest? 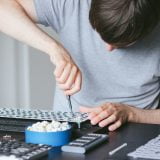 How to Fix a Chromebook Keyboard 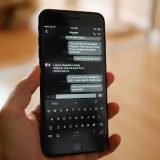 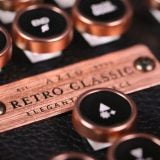