When you search for the best grills available in the market, the name Char-Broil is going to pop up more often than not. And this Char-Broil electric grill moves that reputation forward very well. It is one of the better mid-range options available on the market and can pretty much certainly be considered one of the best electric grill options, depending on the user. 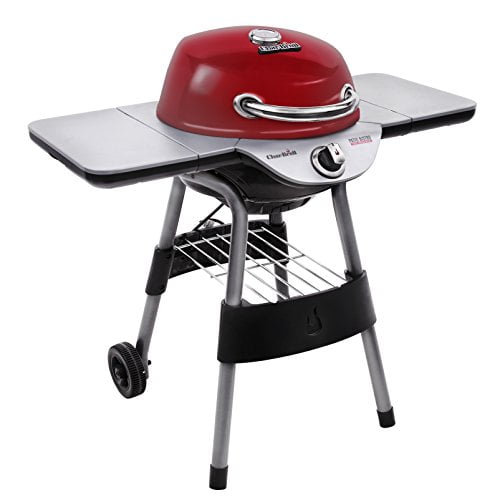 The Char-Broil Electric Grills available in the market are already extremely popular because of their hybrid nature. And this Char-Broil Patio Bistro electric grill is no different. It sports the same electric and infrared heating elements with a massive body below $200.

If you are looking for performance similar to gas grills, the Char-Broil Patio Bistro electric grill is not really something you should go for. Users have reported a wide range of max temperatures depending on their unit (~170-550 degrees Fahrenheit). So it’s clear that your performance may vary. At least it has even heat distribution. But, if you’re not satisfied, you should go for the Weber Q1400 instead.

Related: If you like this grill, take a look at our Char-Broil Performance 2 Burner review.

We already said how heavy it is. So it shouldn’t surprise anyone when we say that it’s exceptionally sturdily built too. Even on a very windy plane, you’ll be able to arrange tailgates, host BBQs, and do a lot more with this Char-Broil Patio Bistro electric grill. It’s much better than the George Foreman Electric Grill GGR50B in this case. And pretty much every part of it is rust-resistant.

Everyone will welcome a massive 240 square inches of cooking space. And on top of that, this grill also has a warming rack (80 square inches) for warming up side dishes and toasting buns. And the temperature knob is not something we often see on electric grills and gas grills at this price. It even has a removable grease tray for mess-free cleaning. Not to mention the extremely handy folding side shelves. And that is not at all where the list of functionalities ends. It even has a lid-mounted temperature monitor. The same can’t be said for the George Foreman 4, unfortunately.

The overall value of this Char-Broil Patio Bistro electric grill is absolutely fantastic, below 200 bucks. It has a lot of things (massive cooking space, a warming rack, even heat distribution, etc.) that even gas grills at this price range don’t come with.

If you don’t want any carcinogenic material on your food, infrared grills are your best bet. And the Char-Broil Electric Grill includes the benefits of an infrared grill at a terrific price. 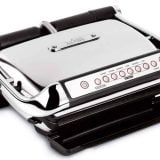 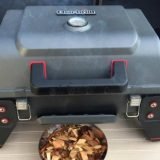 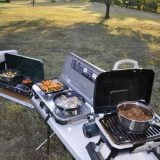 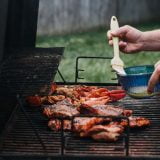 What Grills are Made in the USA? 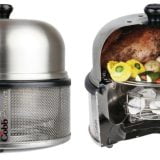 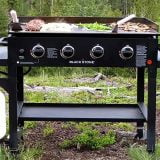