If you’re an experienced photographer ready for the big league, you need the best DSLR camera to compliment your confidence and skills. Here we’re introducing the Canon EOS 5DS, a DSLR camera boasting superb resolution and oodles of manual configurations to ticker with, provided you are an expert, and not a beginner. 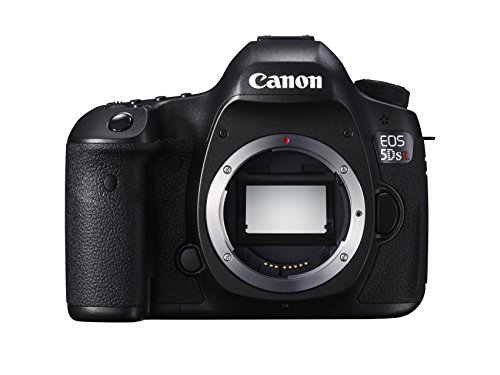 The Canon EOS 5DS R provides all the necessary toggles and switches necessary for advanced users, while still providing high quality images Canon is known for thanks to integrated features and functions.

The Canon EOS 5DS is all about presenting high resolution images, by canceling low-pass filter effects, which tend to blur images (like in the original 5DS Canon cameras). Our 5DS R review noticed a stark contrast between the two cameras, with the 5DS R Canon capturing more fine detail than the original model.

Better image quality is captured with its full-frame sensor and dual Digic 6 image processor. It makes use of every pixel in its 50.6 megapixel count, making it the highest resolution sensor EOS has ever used, and higher than Nikon D810’s 36.3 megapixels. And with its various crop modes, while still keeping to a high pixel count. Performance doesn’t falter in video either. When recording, it’ll handle up to 5 frames of continuous shooting every second if you’re shooting RAW files.

Thanks to its anti-flicker function, shutter speeds will vary based on the environment. If you’re under irregular lighting, the camera detects the phasing and then captures the image once it reaches peak brightness.

The Canon 5DS R is a pretty hefty camera, weighing nearly twice as much as the Canon EOS Rebel T6i at 2.05 pounds. Part of that weight is attributed to the battery. It’s a great battery, withstanding about 700 images, but that’s if you aren’t using Live View. And if that’s the case, you’d get about 550 images. Buttons can be found all over the Canon EOS 5DS R, like dynamic range and ISO settings, which can reach up between 100-6,400. Setting ISO to 6,400 is a high ISO in and of itself, but can be expanded upon.

The value here is very split. On one hand, Canon isn’t a slouch when it comes to creating high quality DSLR cameras, or any cameras for that matter. However, we cannot recommend this camera to beginners. But for advanced/expert users? Absolutely! They alone have the knowledge and skill to make use (and understand) the various toggles and settings that an inexperienced photographer would scratch their head over. Not to mention the pricing doesn’t fit a newcomer’s budget, especially when Canon lenses aren’t a part of the package.

For something a beginner could sink their teeth into, check out the Pentax K-S2. When you’ve grown familiar, check out a EOS 5D Mark III or Sony a7R.

The Canon EOS 5DS R is an impressive DSLR camera that’s more than capable of capturing high quality images in just about any environment. A dedicated anti-flicker function goes a long way to make that happen, and it definitely pays off—so make use of its long battery life. As great as this DSLR camera is, it isn’t for beginners.