If you’re seeking the best DSLR camera for beginners, my Canon 5Ds DSLR review isn’t really going to meet your needs. This is an advanced camera aimed squarely at the intermediate and professional photographers in the marketplace, filled with plenty of manual control features. So, it might not be the best digital camera for beginners. However, if you are looking for a great DSLR camera, you might be in luck.

Not to mention, the Canon EOS 5Ds DSLR camera (body only) costs a few thousand dollars, which probably isn’t going to fit in the budget of most inexperienced photographers. Still, if you have the skills and experience that allow you to take advantage of the manual control options found in the 5Ds, few cameras can match the results you’ll receive from this impressive Canon DSLR.

Summary: When you’re ready to take your photography to a new level, the Canon EOS 5Ds DSLR camera will be able to fill your needs, offering a full-frame image sensor and all of the high-end features you’d require in an advanced camera.

If you’ve been using Canon Rebel DSLRs, before advancing to the Canon EOS 5Ds you may want to hit the gym for a couple of weeks. You’re going to want to have some muscles built up before using the 5Ds regularly, as this model weighs nearly 30 ounces for the camera body only. As shown in our Canon EOS Rebel T6i DSLR review, that camera body weighs only 18 ounces. Although a 12-ounce difference doesn’t sound like much, you’ll feel it in your arms after a couple of hours of using this behemoth.

Canon’s designers decided against giving the EOS 5Ds some of the “fun” features that are common in the best compact cameras and some entry-level DSLRs, such as built-in WiFi, a touch screen LCD, or a tiltable LCD. Still, the 5Ds does have a 3.2-inch LCD screen with more than 1 million pixels of resolution, both of which are better than the average DSLR camera. And the 5Ds can shoot HDR photos and multiple exposure photos easily through the camera’s built-in software.

As you might expect in a camera in this price range, the 5Ds is a fast performer. You can record at up to 5 frames per second when shooting in the RAW image format, which is extremely impressive.  One reason this model can record images so quickly is because of its 61-point autofocus system, which outranks average DSLRs on the market. The 5Ds’ options for raw files are RAW, M-RAW (28MP), and S-RAW (12.4MP).

Advanced photographers will appreciate the camera’s dual memory card slots, which allow for shooting with either SD memory cards or the higher-performing CF memory cards.

Related: If you want to compare it with a similar product, see our Canon 90D review for more information.

Even with all of the features Canon included with the EOS 5Ds, there’s one thing in which this camera specializes: High-level image quality. The full-frame image sensor is as large as you’ll find in a DSLR camera, and our tests showed it provides tremendous photographs in nearly all lighting conditions.

But Canon didn’t stop with the full-frame image sensor. The manufacturer gave the sensor 50.6 megapixels of resolution, which far surpasses most DSLR cameras available to consumers. With 50-plus megapixels, you’ll be able to crop the images freely, while maintaining a large number of pixels in the final image, allowing you to make sharp prints at large sizes, even after a significant crop.

When comparing the 5Ds to the Canon 5D Mark II DSLR, both cameras have a full-frame image sensor. But the 5D Mark II includes just 21.1 megapixels of resolution, less than half of what the 5Ds provide, and its successor, the 5D Mark III, has 23 MP of resolution. The Nikon D810 is another option with 36MP of resolution, which isn’t the highest resolution out of these four cameras, but it’s still a high resolution that when combined with the EXPEED 4 image processor, helps capture sharp, noise-free photos in a shorter amount of time. Also, the Nikon lacks an optical low-pass filter.

With such a large image sensor, it’s no surprise that the Canon 5Ds excels when shooting in low light conditions. Don’t let the fact that Canon limits the maximum ISO setting to 12,800 cause you to question this camera’s low light photo quality. The camera’s noise reduction software does a tremendous job of removing noise from the final image, even at high ISOs. You may notice a few very minor image flaws at ISO 6400 and 12800, but certainly not enough problems to prevent you from using those ISO settings, which range from ISO 100-12,800.

If you want to use a flash unit, you will have to add an external flash to the hot shoe of the 5Ds. Canon chose not to give the EOS 5Ds a built-in pop-up flash unit. This is another cost you’ll have to budget for when considering this expensive camera.

Movie quality is very good with this model, which isn’t always the case with DSLR cameras. You can shoot at full 1080p HD resolution at 30 frames per second, but there is no 4K video resolution option.

Canon estimates the battery life for the EOS 5Ds at 700 shots per charge. However, you won’t receive this type of battery performance unless you’re using the viewfinder as the primary means of recording images, rather than shooting in Live View with the LCD screen most of the time. Around 500-550 shots per charge is probably a more realistic number for this camera. Don’t get me wrong; that’s still very strong battery life, but not quite as good as what Canon claims.

If you want to obtain quite a bit more battery power, you can add a battery grip to the 5Ds for an extra cost. Of course, you will want to hit the gym again if you choose to go with the battery grip, which adds several ounces of weight to the camera’s setup.

Although the Canon 5D DSLR camera price is lower than the Canon 5Ds, it’s the 5Ds that made our best DSLR cameras list because of its nearly four times higher resolution.

The 5Ds is a very impressive model that produces great images in nearly every shooting condition. This camera is a fast performer too, offering an amazing five frames per second of RAW image format photos, something only a handful of cameras on the market can match. Bottom line: When the biggest downside to a camera is that it has too many features and too much power for inexperienced photographers, you know that you are considering an impressive piece of electronics. 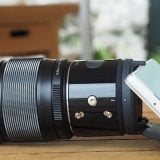 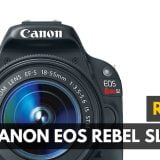 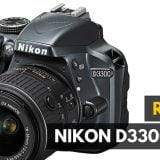 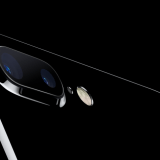 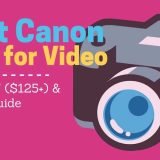