When compiling a list of the best police radar detector units, we considered a wide range of options from numerous manufacturers, seeking a unit that works fast above all else. If the detector cannot warn you quickly enough, you’re going to receive a ticket. Then you’ll feel like demoting that detector to its new job as an overpriced paperweight to keep the ticket from blowing away, and you’ll never trust it again. You might also want to read about the best radar gun. When we were compiling this list, we made sure to include a variety of models so you can find the best radar detector for you.

But what might be important, is  radar detector that can pair with your smartphone and deliver realtime updates regarding speed traps, speed cameras, and more, alerting you to any potential “threats”. And with those criteria in mind our #1 pick is the Escort iX Long Range Radar Detector ($460) ; it’s a pricey unit, but its feature set and response speeds are outstanding, making it well worth the money.

The Escort iX offers four levels of sensitivity, easily meeting the needs of drivers with varying driving habits. For example, you may drive in an area where X-band radar is still in use (such as Ohio), so you can select this type of detection sensitivity from the iX. There’s also a K-band sensitivity reduction feature, which will eliminate false positives from automatic sliding doors on retail buildings and those alike.

How We Choose the Best Police Radar Detector

When testing radar detectors, I always look for a unit that’s easy to use. After all, it’s a tool that should work for you as you’re driving; not something that will distract you from the task of driving. There’s nothing worse as a driver than finding yourself fiddling with the settings on a police detector, nearly missing a red light, forcing you to slam on the brakes at the last second. Not only is it frustrating, but it’s also extremely dangerous to be a distracted driver. So a top radar detector must run seamlessly with minimal interaction from the driver.

I also appreciate a detector that has solid hardware and a firm attachment to the dashboard/windshield. This is something drivers who purchase a detector often take for granted, but having a unit that won’t suddenly start flying around your car whenever you make a sharp turn is important.

Finally, you will want a police radar detector that is accurate. Trust me from first hand experience: accuracy can be the difference between sailing through a radar trap because you were warned and a police officer waving you off to a side street where a ticket awaits. If a detector lacks an ability to distinguish between actual police radar and false signals, you’re going to become frustrated using the detector, perhaps causing you to unplug it. The K-band can cause the most frustration in this area, so we sought out detectors that excelled in treating the K-band properly. Ultimately, accurate detection of radar is the core mission of a top police radar detector, so this is the most important feature of all that we consider.

Why You Should Buy a New Police Radar Detector

Although you may be satisfied with your current police radar detector, if you’ve owned it for a few years, you’re going to be amazed at the technological advancements found in the newest detectors, including the following.

False Alarms:  A newer unit will have the ability to sort false alarms from actual radar signals, whereas older detectors couldn’t “learn” the permanent location of false signals — such as in the K-band from an automatic door opener at a store front. Reducing the number of false alarms makes these detectors more useful.

Multiple Radar Types: You’ll need a new radar detector unit if you want to detect multiple types of radar. Police officers will employ new radar types as they become available, so it’s important to have a new detector that can match these changes.

Feedback Options: Some drivers prefer an audio alarm, while others want a message to appear on a screen. Newer detectors are able to provide both audible and visual feedback, allowing you to select the method that works better for you.

Real Time Alerts: All of the best new police radar detectors on our list make use of smartphone apps to give them access to the latest information. Such apps are invaluable pieces of software when it comes to making your radar detector as efficient as possible. The app will connect to a network, allowing it to alert you to today’s speed trap locations in your city. Or if a new set of speed cameras has become active, the app will let you know right away.

Hiding the Detector: A newer radar detector will be removable when it’s not in use, allowing you to take it with you when you’re not in the car. Older units often could not be removed easily, making them targets for thieves.

Related: If you’d like a wireless detector then browse the best cordless radar detectors.

Having such technologies available will make a new detector easier to use and more successful in keeping you ticket-free than your older model.

Might as well discuss the bad news first: The Escort iX radar detector has an extremely high price tag, but this is one of those cases where you get what you pay for, as the iX has all of the latest features that you’d expect to find in one of the newest units on the market.

The fast performing Cobra SPX 7800 BT radar detector provides instant-on performance, which is a great defense against certain law enforcement radar monitoring systems. You can connect the 7800 with your smartphone, allowing it to receive real time updates on speed traps or speed cameras. It also has false signal rejection technology, which removes one of the biggest levels of frustration radar detector owners experience on a daily basis. Another one of the best radar detectors is the Escort MAX 360C Laser Radar Detector that has 360 degree protection and an OLED display. This windshield mount’s 360 degree protection uses front and rear facing antennas to detect any threats around your vehicle. With the Escort Live app, you can get several voice alerts, including red light, speed limit, and camera alerts to help you avoid a speeding ticket.

The Escort Passport 8500 X50 doesn’t quite have the extensive feature set of our top pick, the Escort iX, such as a full color screen and voice alerts, but it does one thing extremely well: Long range radar detection. By giving you warning of an active radar from far off, you’ll have more warning time before you reach the radar trap.

The 8500 X50 specializes in providing laser warnings, and Escort allows you to add the optional ZR4 Laser Shifter to boost its performance further. And it also works well over long distances for other types of radar, making use of V-Tune technology, which handles X-band, K-band, and Ka-band radars, all at a lower price than the iX. Be sure to also check out the Uniden R7 Radar Detector, which uses a large OLED display to show you the direction of detected threats and their distance away from you by the arrow color too (anywhere from green to red). This product sits a little lower on the price range of all the detectors on this list, which is nice for those on a budget.

What to Look for in the Best Police Radar Detector

Clear Alerts: A good radar detector should provide very clear alerts when encountering a radar signal. You don’t want to be guessing about an alert, trying to read and comprehend a display screen when you should be focusing on the road. Make sure you can receive audio alerts when needed, so you can continue to drive safely while receiving an alert. Make sure the visual alerts are easy to understand, too.

Not Understanding Your Needs: Just like almost all pieces of electronics, radar detectors are available in many configurations. Some are expensive pieces of equipment providing all of the latest technologies while others – especially simple smartphone apps – just provide the basics. By thinking about how you plan to use the police detector ahead of time, you will have a better chance of ensuring that you don’t overspend.

Not Removing False Alerts: Higher quality radar detectors will provide the ability to recognize and eliminate false alerts, ensuring you don’t become inundated with false alarms to the point that you stop using the unit. False alarms can be especially problematic for those who spend most of their time driving in cities.

The best police radar detector selections on our list will give you a host of great features, regardless of how much you have to spend. But if you can afford our #1 pick, the Escort iX, you’re going to receive the best features currently available on the market, including the ability to precisely filter false alarms, while still giving you plenty of warning of real radar traps. Our radar detector reviews can help you understand more about these strong car accessory units. And if you’re still unsure about these devices, we’ve broken down the features to help you determine whether radar detectors actually work.

And if you’d like to supplement your radar detector with some other options, consider apps that provide realtime data about radar traps and red light cameras, for example. The free Waze app is one of the best, tapping into social media feeds and using crowdsourcing to collect relevant data. And most newer radar detectors also ship with their own apps to enhance the detector’s capabilities. Such apps are legal everywhere, but radar blockers aren’t legal in some areas. In fact, using a radar blocker can be considered a federal offense, depending on the device and how it’s used. So our recommended option is to pair a strong radar detector, such as the Escort iX, with realtime information on a smartphone app to achieve the best results! 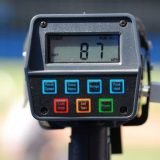 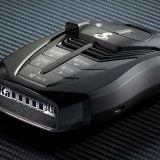 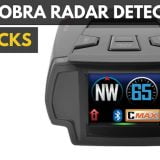 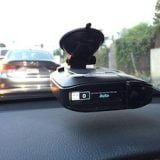 A Hands On Experience With the Escort Max 360 Radar Detector 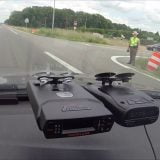 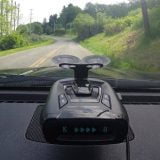