There used to be a time when the majority of games were linear, whether it be a 2D platformer or just a game confined to hallways. But that’s no longer the case, and now it seems that the majority of new games are open world games. In my opinion, those are the best kind. Open world games provide a sandbox experience where players can do, basically, whatever the hell they want to. Some of these games are miserable failures (I’m looking at you, Two Worlds) while others change the way we play video games. To me, these are the best video games, since I can explore everything at whatever pace I want and live in that world.

So without further ado, here are 12 of the best open world games to date.  If you’re looking for some of the best gifts for gamers, take note.

Last year’s Dragon Age: Inquisition swept the gaming community by storm, engulfing everyone it touched with its incredible, vast open world. Aside from unraveling the well-written story, you’re tasked with slaying 10 dragons — all of which are uniquely designed to create different challenges. With over 100 hours of gameplay, there was never a shortage of things to do in the world. As part of the Inquisition, you’ll take down waves of demons, spiders, bears and dragons, and build relationships with other characters in the world. Crafting is an essential part of your success, requiring you to track down unique materials scattered about the world. Combat is pleasing, and leveling is gratifying. Dragon Age: Inquisition is the only RPG to hold my attention for over 100 hours. And if you love gaming on PS, read our review on the PS4 update 2.01, coming soon.

The Elder Scrolls V: Skyrim is widely regarded as the best game in the series (and yes, that includes last year’s Elder Scrolls Online). Like Dragon Age: Inquisition, the land in Skyrim is under assault by dragons which has created a Civil War (also like in Inquisition). But the major selling point of Skyrim is its rich history. The fiction contained within is incredibly dense, and if you’ve played the other games in the series, you’ll appreciate the tales that allude to it. Each character is expertly designed and unique, and everyone will find one that they’ll want to hold on to. The world is huge, and would allegedly cover 14 square miles in real life. You should compare this with any of the 6 best open world games for the PS4.

I’m going to say Far Cry 3 is the best open world game in the series, since Far Cry 4 is basically just a clone of Far Cry 3 but in another setting. Far Cry 3 is great — killing tigers, clearing out bases, riding boats and hunting sharks are all things to do. The tropical world — named Rook Island — looks great, and exploration is rewarded. Crafting causes the necessity to seek out specific animal types within the world so that you can upgrade your wallet, weapon holsters, and rucksacks, and all animals are in specific areas that you have to seek out (don’t cheat and look on Google…it makes the game better). And if you’re looking for newer experiences with your PS4, also check out the best PS4 games, 2014 editions.

Here we are nearly 6 years after the release of Bethesda’s Fallout 3, and the gaming community is still wanting more of the series. There has yet to be an announcement for Fallout 4, but you can bet that Bethesda is secretly working hard on getting a Fallout 4 out in 2015 or 2016. Fallout 3 was a fantastic post apocalyptic setting, and the story was crafted so that you didn’t have to play its predecessors to enjoy. You basically create your own story as the Vault Dweller, starting the day that you first get your Pip-Boy 3000 in Vault 101, a bunker that was designed to keep survivors during a nuclear war. The world around Vault 101 is filled with mutant humanoids and mutant animals, and mutant mutants — seriously, some of these things are pretty damn ugly. But there’s a lot to explore in Fallout 3, and the massive open world was an impressive achievement for the Xbox 360/PS3 era of gaming. You may compare it to other awesome games by reading our list of the best video games of 2014, why they are special, and where you can find them for yourself or for friends.

If you didn’t play Grand Theft Auto 5, you’re simply not gaming right. It’s undeniable that Grand Theft Auto 5’s open world is beautiful, and the story is the best of the series so far. GTA 5 takes place in Los Santos, a Los Angeles-themed setting which takes over 12 minutes to travel from one side of the map to the other. There is well over 30 hours of gameplay to keep you busy, and that’s not including the GTA Online mode that will keep you busy afterwards. Aimlessly puttering about the open world and causing havoc is when GTA 5 is at its best, and there’s plenty of havoc to be caused. To get around the game like a pro, access the best GTA 5 cheats.

It’s hard to include Crackdown in this list of the best open world games because of how long ago it was released, but its undeniable that it was a unique experience upon its release. It took the Grand Theft Auto model of gameplay and added the element of leveling up your character’s abilities by collecting orbs scattered about the world — some of which were truly difficult to reach. It takes place in Pacific City, starting players off in the Agency hub with no powers. The goal of the game is to wipe the enemy gangs off of the face of the earth, and you’ll do so in over-the-top action fashion. Compare this with some of the best games on Xbox Live today.

To this date, Burnout Paradise is the best open world car game to date, in my opinion. I spent numerous hours roaming around Paradise City with friends, tracking down every last gate, billboard and jump. Driving around in the open world looks great and feels great, and no other car game has captured my attention for so long. Unfortunately, the Burnout franchise is in jeopardy, as the studio head Alex Ward left in 2014 after he wanted to steer away from the racing genre. EA still owns the license I believe, but I don’t see a new Burnout coming anytime soon, especially given 2014’s mass influx of racing games.

Skate 3 remains the only reason that I miss my Xbox 360 now that I have an Xbox One. Skate 3 was the last open world skateboarding game to be released, and that was way back in May 2010. Here we are five years later, and it’s unlikely that we’ll see another Skate game, since the developer studio Black Box has been disbanded and closed. At least we have Skate 3 to play, which allowed players to create their own skate spots and skate parks on the fly, anywhere in the massive open world. Exploration is essential to players, since tracking down the best skate spots is so rewarding. If there’s one game I spent the most time with on my Xbox 360, it was Skate 3, the best non-RPG open world game to date.

I skipped all of the previous Red Dead games until Red Dead Redemption was released. Rockstar Games’ cousin to GTA was an open world western action-adventure game that was also released in May 2010. The game is set during the decline of the American Frontier in 1911, and you’re tasked with bringing justice to the gang that kidnapped your wife and son for ransom. It is a visually stunning western-set world, which was filled with bandits and, eventually, took the horror route with a zombie plagued version (also badass in its own right). They’re two of the best open world games.

Saints Row IV is simply a bat-shit crazy version of Grand Theft Auto IV. The story is absolutely ridiculous, as you, a former leader of a gang, become president and are forced to take down an alien invasion. It’s over-the-top fun, and the open world is heavily themed. It doesn’t exactly look the greatest, but the amount of ridiculous fun you can have in the world makes it one of the top open world games. The majority of the game takes place within a simulation world, with the player often attempting to hack the simulation to attempt to escape it. Seriously, it’s bat-shit crazy. Fun, but bat-shit crazy.

The best open-world PC game to date is still the incredible world in World of Warcraft that was designed by the folks at Blizzard Entertainment. To this date, World of Warcraft still has the highest number of players of any MMORPG. Many have tried to take down this giant of a game — the most recent attempt being the miserably failed WildStar from Carbine Studios — and all of which have been largely unsuccessful. Players are dedicated to WoW’s rich history and unique locales that they’re now familiar with. As a whole, World of Warcraft is the best open world game for PC ever a made, and there are even random pop culture references scattered about the world, rewarding players for their exploration.

Techland’s Dying Light, which just released yesterday, is surprisingly a great game. I honestly wasn’t expecting to like it as much as I do (as January games are typically complete and utter duds). But this open world is so dense and filled with the undead, and it has a great deal of verticality to it, that traversing around is a thrill. The island as a whole doesn’t feel very big, but running around is still a thrill, and if you haven’t had a chance to check out Dying Light just yet, I highly suggest that you do so. 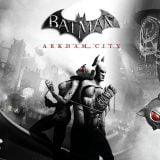 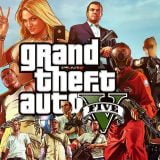 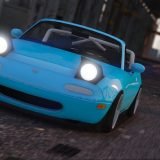 GTA 5 Mod Lets You Crouch and Teabag At Last 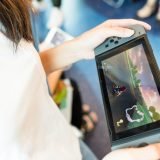 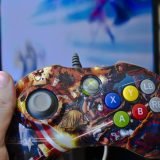