There are a lot of important aspects to consider when you’re looking to purchase a gaming laptop, but the first thing on your checklist should find the best gaming laptop video card. After all, you’re going to need something powerful if you’re looking to run the latest games. And a video card doesn’t just work for gaming, it also comes in handy when doing video editing and other graphical work, which is why the best laptops have great video cards.

It’s not like your current laptop video card is upgradeable; when purchasing a laptop, you’re basically stuck with the embedded predetermined chip until you purchase an entirely new one. So, finding the best video card for your laptop at the time of purchase is of the utmost importance.

So with that in mind, here are our choices for the top gaming laptop video card on the market right now, and the laptops that contain them.

Nvidia’s latest mobile gaming graphics chip is its best yet.

WHY IT’S A TOP PICK: The Nvidia GTX 980M is the latest gaming laptop video card by the leading manufacturer on the market.

When you’re looking at the newest gaming laptops on the market, you’ll find a breadth of new or recent options that contain the Nvidia GTX 980M chip, because it’s Nvidia’s latest and greatest gaming laptop video card yet.

Even with minimal specs to back it up, like memory and processor, the 980M is able to run the latest games with impressive framerates. You’ll typically find it alongside an Intel Core i7, and the combination of the two chips provide an unmatched mobile gaming experience that will get you the smoothest, most visually impressive gameplay on the market right now.

Take A Look: If you’re looking for a strict work laptop then you might be interested in the best business laptop.

Right now, the GTX 980M can be found in some of the best gaming laptops available, including the Asus ROG G75 and the MSI GT72.

WHY IT’S A TOP PICK: Although not nearly as powerful as the GTX 980, Nvidia’s GTX 960M is a great option for those on a budget.

You can still get great framerates for the latest games without breaking the bank entirely, as proven by the Nvidia GTX 960M. What was the standard chip two years ago has become somewhat of budget option today, and even though it’s old, it’s still typically able to run most games on medium settings at good framerates.

WHY IT’S A TOP PICK: The Nvidia GeForce GTX 970M is a great 2nd-tier option.

In some of the best gaming laptops available, you’ll find the Nvidia GeForce GTX 970M, which is a great second choice if you don’t want to shell out the extra bucks for the 980M.

Related: If you’re looking for a gaming laptop on a budget then check out the best gaming laptops under $1000.

You’ll find it contained in the Alienware 15, paired with an Intel Core i5 4th generation processor and 16GB of RAM for $1900, as well as the impressive Razer Blade and a 6th gen Intel i7 for $2000. With both of these gaming laptops, you’ll be able to run games like Fallout 4 and Overwatch on ultra settings with ease.

WHY IT’S A TOP PICK: The GeForce GTX 860M is still a formidable option for running older games at high framerates, and it will cost you significantly less.

Not all games require the best gaming laptop video card to run smoothly, and if you’re looking to get into some less graphic-intensive games like World of Warcraft, Hearthstone, or even Total War Rome II, the 860M can power you to enjoyable framerates.

No, it won’t run top-tier games like Fallout 4 or DOOM on the highest settings, but if you’re more of a casual game, the laptops containing an Nvidia GeForce GTX 860M are a great option.

WHY IT’S A TOP PICK: AMD might have fallen behind with laptops, but the Radeon R9 M275 is still a great option.

Admittedly, AMD-based laptops are becoming rarer by the day, but that’s not going to stop me from praising the Radeon R9 M275 graphics card. Of course, it pales in comparison to any of the Nvidia-based laptops on the market right now, but if you can find a great deal on a gaming laptop that contains the R9, it’s a solid choice.

You’re able to achieve full 1080p gaming on medium settings with games like Sim City 2013, and other games in the same quality range.

It’s currently found in the Lenovo IdeaPad y40 line of gaming laptops, which has a variety of different variations and prices.

Note: Other graphics cards worth mentioning that we haven’t fully reviewed yet, that may end up on this list are the Nvidia GeForce RTX 20-series cards for ray tracing like the GeForce RTX 2060 and RTX 2080. These ray tracing graphics cards are found in the best gaming machines like the Asus ROG Zephyrus laptops that have Intel Core i7 and up to 24GB of RAM for performance, and with excellent battery life. You may need additional drivers like with the Sparkle Nvidia GeForce Graphics CardSF – PX71SDH.

Going Cheap: The problem with buying a top gaming laptop is that you’re basically stuck with it for a couple of years until you absolutely need an upgrade. So, if you cheap out and buy something that isn’t considered top of the line, in this case the GeForce 980M or one with integrated graphics only option, you’re going to have to upgrade much sooner than if you just purchase a laptop with a 980M graphics chip today. Of course, everyone has a different budget, but you’ll definitely want to get the best laptop graphics card that you can for the money that you have.

Not Researching Game Framerate Requirements: There are a lot of factors that determine a game’s framerate, with a lot of different variables at play. So if you’re planning to buy a new gaming laptop, your best bet is to do some research for the laptop that you are looking at possibly buying and the game(s) you’re looking to play. If you’re seeing others getting great framerates and quality with their gameplay on the gaming laptop you’re looking at, then it’s probably a safe bet. Conversely, if you’re seeing numerous complaints and troubleshooting topics on forums, it might be a headache and you should avoid purchasing.

Which Gaming Laptop Graphics Card is Right For You? 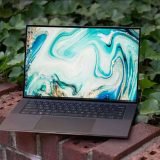 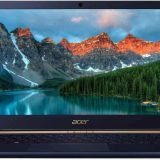 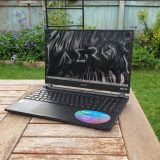 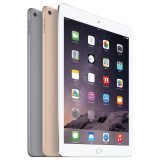 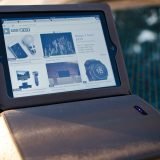