As more of our daily interests and hobbies drift online, it’s only natural that our personal lives begin to follow suit. According to findings published in the journal Proceedings of the National Academy of Sciences, the number of marriages that started with online romance was approximately one in three. Of the 33-plus-percent of singles who found love online, 45-percent of those did so with the help of an online dating site. The rest met via social media, chat rooms, online forums, or games, according to the study of 19,000 individuals marries between 2005 and 2012.

Although this study is almost two years old, the number of online daters continues to grow, and with the advent of the millennial-driven Tinder, the casual dating market just took center stage and brought about a whole new generation looking to cyberspace for their next relationship or hook up.

Here are seven of the best free dating apps for iOS.

Tinder took a relatively innovative approach to online dating by remaining simple, and purpose-driven. The simplistic user interface remains clutter-free outside of a main image, age, distance from you, shared friends, shared interests and a short about section with space for a brief bio. Outside of that, you’re met with an X or a Heart button (or you could just swipe left or right) that you’ll use to determine whether you want to express your interest in someone, or if you’d rather move on. If it’s a match on both ends, Tinder allows you to connect, share contact details and start a conversation.

Still confused about Tinder?  Read our “What is Tinder” and quickly learn how to maximize your results.

Match boasts the largest pool of users in the country, and although the mobile interface wasn’t particularly innovative until recently, the ability to use the site in a mobile-friendly manner is a big plus for many of their millions of users. That said, the interface did get a major overhaul in 2014, and they “borrowed” the swipe left and swipe right feature from a certain uber-popular dating app that rhymes with Tinder. Now, both Match, Tinder (and others named on this list) are owned by IAC, so I suppose that it’s reasonable to assume that the user-friendly swipe left, swipe right, functionality of Tinder could make its way to several other IAC dating apps in the near future (Ok Cupid, How About We, etc.).

eHarmony uses an algorithmic approach to match users based on computer-generated compatibility ratings. While they still boast a large user base, eHarmony is the victim of diminishing marketshare, especially amongst millennials. While the algorithmic approach isn’t broken, the paid subscription model just might be – at least for those under 30. This shouldn’t hurt the app, as it’s largely marketed as less of a dating app, and one that touts the most successful marriages of any dating service. The mass appeal of this service is for the 30s and 40s types with a career focus or limited time.

OkCupid is another site with an algorithmic approach, much like eHarmony. Where they differ is in the pricing model, with OkCupid remaining free. This pricing model, as you probably could have guessed, leaves them pretty popular with the younger millennial crowd, and as such, this is a site that is best served for the mid-20’s to mid-30’s demographic. Older targets should hit eHarmony, while younger demographics tend to skew toward Tinder.

Pure is branded – maybe unfairly – as purely a hookup app. That said, there are a great deal of users who use the app for more PG or PG-13 related adventures. Pure works by allowing you to post a photo and an action-oriented message that expires within the hour. Whether you’re looking to hit up a local poetry reading, gossip on a park bench, or fog up the windows in your mom’s Dodge Caravan, the only limitations that pure offers are the one hour time window in order to find a match, and your imagination.

Of all the mobile dating apps, Coffee Meets Bagel (CMB) might be the most interesting. Every 24 hours you are given a potential match (a bagel), and you must decide whether to pass, give your match to a friend, or like your match. If the match is mutual, you are given a private texting line that expires in a week so that you can share contact details. The algorithm is the most interesting part. You see, unlike most dating apps that pair you up with random strangers, the CMB algorithm relies heavily on Facebook, and friends that use the app in order to create networks featuring single “friends of friends” that can be vetted by existing people in your network. It’s an innovative approach, but the app still has a relatively small user base.

How About We offers another interesting approach. Instead of staring up a conversation with random icebreakers, this app gives you ideas in the form of meeting people for a specific purpose. For example, “How about we… go for a walk on the Santa Monica Pier” or “How about we, go to the gallery opening tonight at X Gallery?” Check out the photo, see what they’d like to do for their date, and send a message if you’re game. It’s a pretty simple concept, and should help to erase a whole lot of awkward first conversation. 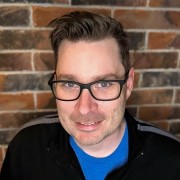 How to Install Free Pirated Apps on your iPhone Without Jailbreaking
January 24, 2020

10 of the Best Navigation Apps for the iPhone: Navigate to the End of the Earth
4 days ago
StealthText: Self Destructing Text Messages
February 12, 2020