Sometimes, taking a full-sized DSLR with you just doesn’t make sense. This is where compact digital cameras come into play. We took it upon ourselves to find the best compact digital camera of 2019 by buying over 50 different models and testing them in real time. Before we bought anything, though, we did extensive research online to vet our choices and ensure we were testing the best of the best. During our tests, we pushed each camera to the limits, evaluating features like image sensors, image quality, display quality and more. Soon enough, we had eliminated the bulk of the options and found the top 5 best point-and-shoot cameras of 2019, with the Panasonic Lumix ZS200 coming out as our #1 top pick.

The Panasonic Lumix ZS200 can shoot photo and video in 4K resolution, and overall, it outperforms any other compact camera on our list. Keep reading to learn more about the Lumix ZS200 and the other 4 cameras that made the cut.

WHY IT’S A TOP PICK: Great to have pocket sized camera with 4K video and photo functionality

The 15X optical zoom lens in the thin Lumix ZS200 is a great feature for a compact camera, giving you plenty of versatility and possibly making it a top point and shoot camera. It’s helpful to be able to carry a thin camera with such a large focal range. What is the best compact camera for travel? Photos look great with this model as long as the lighting is good in the scene, but you may have some loss in image quality if you’re trying to shoot in low light conditions without using the popup flash, which is a common problem for compact cameras.

The ZS200, which measures 2.61 inches in thickness, offers 20.1 megapixels of resolution and 4K resolution on both photos and videos. It also has Wi-Fi connectivity built into the camera’s software. It has a fast image processor, allowing for good burst mode performance. Unlike many compact cameras that can only record in burst mode for a couple of seconds, the Panasonic Lumix ZS200 is able to maintain its burst mode over several seconds of shooting.

While it would be nice if this point-and-shoot camera was a little more affordable, the Panasonic Lumix’s image quality is really sharp and the price is well worth the quality. Its movie quality is very good too, as you can record in 4K ultra HD for movies at up to 30 frames per second. It’s enjoyable to watch your recorded movies on the Lumix ZS200’s sharp 3-inch LCD screen. The ZS200 is just a strong overall camera in its price range, providing a lot of features to like in the compact camera market.

WHY IT’S A TOP PICK: Amazing image quality in a thin and small camera at an affordable price.

Sony gave the DSCW800/B a MP Super HAD CCD image sensor, which gives this model some of the best image quality you’re going to find in a compact camera, especially compared to other cameras in a similar price range. This camera offers 20.1 megapixels of resolution, and its image sensor size allows it to outperform other compact cameras that may have more resolution but a smaller image sensor in physical size.

The DSCW800/B doesn’t have much of an optical zoom measurement at 5X, but it does offer a 360-degree sweep panorama option, as well as SteadyShot image stabilization. The DSCW800/B’s LCD screen is another very strong feature, measuring 2.7 inches in size (diagonally) and allowing you to view your pictures at any time. The camera is only .87 inches thick, allowing it to fit in a pocket easily.

The Sony DSCW800/B is a very fast performer, which is another great option in a compact camera in this price range. It can shoot its first photo 1 second after pressing the power button, and it has almost no shutter lag. This is our pick for the best budget compact camera.

WHY IT’S A TOP PICK: A large assortment of features packed into a compact 1-inch sensor camera.

When it comes to travel, you’ll want something small but packed with features, and the Canon PowerShot ELPH 180 gives you all of that and more. The Canon PowerShot ELPH only measures .87 inches in thickness with the lens detracted, which makes it a great size for such a high-quality compact camera. It has a high-quality CCD image sensor with 20.0 megapixels of resolution, as well as plenty of other strong photography features, including a smart AUTO mode and digital image stabilization, which helps to set the J5 apart from other compact cameras.

Canon gave the PowerShot the ability to shoot video with a dedicated recording button so you don’t miss a moment as it’s passing you buy. Unfortunately, you can only record in 720p – a bummer in today’s world of 4K – but that’s almost to be expected from a budget travel camera. And Canon gave this model a whopping 5.0-inch LCD display, which is going to help beginning photographers learn to use this camera more quickly.

WHY IT’S A TOP PICK: Tremendous image quality and the ability to change lenses for more versatile photography.

Along with being a strong mirrorless compact camera, Sony’s Alpha a6000 could rank as a best travel camera, thanks to its ability to change lenses for different situations and a compact design, allowing it to fit in a pocket. Few other compact cameras can offer this kind of versatility. This model also weighs 0.76 pounds, even with the battery inserted, which is impressive even in the world of compact cameras.

The Sony Alpha a6000 offers 24 megapixels of resolution and an APS-C image sensor that’s the same size as most full-sized DSLR cameras. You can record 1080p movies at 60 frames per second with the a6000. And it has an impressive and clear OLED viewfinder, along with a 3.0-inch Xtra Fine, tilt adjustable touch screen display that offers extremely sharp resolution.

Another area where the Sony Alpha a6000 shows impressive performance versus the other cameras on this list is in its shooting speed. Because it’s a mirrorless camera, it has almost no shutter lag due to its simpler mechanics, and you can shoot full resolution images at up to 11 frames per second, which is great speed.

WHY IT’S A TOP PICK: Waterproof up to 65 feet under water, an extra-durable design and Wi-Fi connectivity make this a perfect compact camera for outdoors enthusiasts.

The Fujifilm FinePix XP130 is every outdoor enthusiast’s dream. It was build specifically for being outside and underwater. It can be fully submerged underwater at depths up to 65 feet. It’s shockproof for drops up to 6 feet. It’s even freeze proof in temperatures as low as -10 degrees. If you want to take pictures of your adventures, this is the camera for the job.

This waterproof compact camera doesn’t pull any punches when it comes to image quality, either. With 16.4 megapixels of resolution on its BSI-CMOS image sensor, the XP130 can create amazing photographs, outperforming most compact cameras in terms of low light image quality. This Fujifilm camera also can record 1080p resolution movies at 30 frames per second. It even has the option of shooting movies in slow motion at a whopping 320 frames per second, so you can capture every little detail.

The Fujifilm FinePix XP130 has built-in WiFi and NFC connectivity options, along with a high-resolution 3.0-inch LCD screen. Finding all of these features in a camera with all the additional durability features is pretty impressive in the compact camera market. And you won’t even have to pay an arm and a leg to get it.

Which Compact Digital Camera Is Right For You

While some people will choose to rely on their smartphone over the hassle of carrying a compact camera as a second device, such dedicated, thin digital cameras do have significant advantages over smartphone cameras. Because most people shopping for a compact camera are beginning photographers, look for a camera that’s easy and fun to use. A well-designed touch screen display can really help in this area too. And don’t spend too much, as the best compact cameras can be had for a relatively low price versus more advanced models. Just don’t let your desire for a thin camera cause you to sacrifice image quality, and you’ll be pleased with your options in the compact camera category! 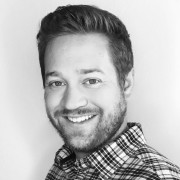 When he’s not exploring everything Oregon has to offer with his family, Ryan Hansen is probably writing. He loves writing about anything he can get his hands on, and is always anxious for the next adventure.