If you’re looking for the best air purifier under $100, we’ve done the research, consulted air quality experts and delved into the specifications of the top budget air purifiers on the market. We’ve narrowed it down to the best all-around choices among affordable HEPA air purifiers and air purifiers for smoke, to bring you the best indoor air quality without breaking the bank.

Our top pick and the best air purifier for under $100, is the Germ Guardian True HEPA purifier, which is independently rated and certified by AHAM to remove allergens, tobacco smoke and even viruses in rooms up to 167 square feet.

14,328 Reviews
Our #1 Pick is the Germ Guardian HEPA Purifier
Check Price
WHY WE LIKE IT: An affordable HEPA purifier that includes UV-C sterilization and a 3 micron pre-filter to remove allergens. It’s great for anyone wanting to make sure of the best indoor air quality in rooms up to about 160 square feet, or to help get rid of odors and germs in shared living spaces.
Pros
Cons

This 3-in-1 air purifier, like many of the top HEPA air purifiers on the market, incorporates a fan with adjustable speeds; a coarse “pre-filter” with charcoal designed to trap larger particles; a HEPA filter to catch dust mites, pollen and dander, and a UV-C lighting element to kill bacteria. The Germ Guardian HEPA filter employs much tested industrial air purification technology to assist in the disinfection. Titanium Dioxide is used for photo catalytic disinfection, helping to eliminate 99.7 percent of airborne bacteria and viruses.

This filter is rated for rooms up to 167 square feet, so it works well in living rooms, large bedrooms and hallways. It’s great for homes with pets since it includes odor reduction as well. Filters last a claimed 6-8 months. That is not bad at all for air purifiers.

259 Reviews
Our #2 Pick is the Levoit Air Purifier for Home
Check Price
WHY WE LIKE IT: A compact desktop friendly budget air purifier that reduces odors while filtering out smoke, pollen, pet dander and PM 2.5 pollutants. It’s great for someone looking to remove smoke, cooking odors or allergens from a small space such as an office, den or bedroom.
Pros
Cons

This desktop air purifier is great for removing smoke, pollen, dust and pet dander from the air in rooms up to about 87 square feet. It’s energy efficient, too, with an Energy Star certification, like our top pick. This air filter is CARB compliant for California and benefits from a compact, aesthetically pleasing design that incorporates a switchable nightlight. It has three fan speeds and can circulate the air in a typical 87 square foot room about four times per hour.

Unlike the Germ Guardian free-standing air purifier, however, the Levoit desktop air purifier lacks a UV-C sanitization function. Depending on what you want from your air purifier, however, this is either a benefit or a drawback. On the one hand, it doesn’t kill viruses or smaller bacteria (though it does remove a lot of bacteria and mold from the air, since it traps particles as small as .3 microns.) On the other hand, it doesn’t use ozone, which can itself be a lung irritant. Speaking of lung irritants, check out the best air purifier for mold.

3,623 Reviews
Our #3 Pick is the Pluggable Air Purifier and Sanitizer
Check Price
WHY WE LIKE IT: A small and convenient air sanitizer with a built-in UV-C light designed for desktop use. It’s great for those looking for an air purifier for kitchens, litter box areas, or shared office spaces, with a focus on germ and odor reduction.
Pros
Cons

This small pluggable unit is an air purifier roughly the size and shape of a plug-in nightlight or a Febreeze plug in. It uses a UV-C bulb and a photocatalytic process to sterilize the air. This effectively inactivates mold and viruses, kills bacteria and helps break down odors from volatile organic compounds. While it works best in a small, humid and enclosed area, it’s rated to flow just over 450 cubic feet of air per hour. Thus it works well in bathrooms, small kitchens and cat litter areas. It doesn’t generate heat and is in general as pet safe as any other lamp or electric fan.

On the downside, this isn’t intended to scrub smoke and other pollutants from the air or really improve air quality; it’s more of a sanitization and odor removal tool. Also, it needs humidity in order to achieve maximum odor reduction, and may lead to incomplete breakdown of VOCs and excess ozone if used in too dry an area. You can also read about the best air purifier for smoke.

2,319 Reviews
Our #4 Pick is the KOIOS Air Purifier
Check Price
WHY WE LIKE IT: A budget friendly true HEPA filter purifier with 3 stage air purification, comparable to the top rated air purifiers under $100 like the Germ Guaridan, but at barely half the cost. It’s great for those wanting an ozone-free, highest grade deodorizing air purifier for smoke, allergens, dust and other pollutants at home or at the office.
Pros
Cons

One of the most affordable true HEPA air purifiers on the market, this compact 7” tall unit boasts up to a 99.7 percent filtration efficiency and works in small to medium sized rooms to cut down on smoke, pollen, dust mites and PM 2.5 pollutants. It’s energy efficient thanks to a 360-degree inlet, and it uses the typical three stage system consisting of a coarse pre-filter, a true HEPA filter and an activated carbon filter to remove odors from volatile organic compounds.

A bargain choice, it makes a great second or third air purifier for offices, break rooms, kitchens, pet areas and nurseries. It doesn’t use photocatalysis so it releases no ozone or partially oxidized VOCs. However, this bargain unit doesn’t flow as much air as the larger Germ Guardian or Levoit (our #1 and 2 picks, respectively) air purifiers. It also has a built in nightlight that, frustratingly, doesn’t have a separate off-switch. You may also want to read about the best air purifiers for asthma.

This air purifier from Levoit is one of the quietest and most energy efficient affordable air purifiers on the market. It emits just 26 db on the fan’s low setting, making it suitable for all night use in bedrooms and hallways. It also uses a claimed .9 W, which is significantly less than the KOIOS air purifier (our #4 pick.) The Levoit Vista 200 also includes a warm night light feature which can be turned on and off independently of the fan. It also includes a programmable timer function, but unfortunately you can’t set the fan speed to high or low with the timer.

A great choice for reducing PM 2.5 pollution and improving air quality, this Levoit model stands out for its quietness and energy efficiency. Plus, it has very effective CTC 100 formula activated carbon for odor reduction. Always look for a best HEPA air purifier.

1,871 Reviews
Our #6 Pick is the MOOKA True HEPA Air Purifier
Check Price
WHY WE LIKE IT: A budget air purifier that’s CARB and prop 65 certified in California and meets standards for environmental friendliness. It’s great for anyone looking for for a low cost and eco friendly air purifier for their office or home, especially in California.
Pros
Cons

The MOOKA EPI810 is a budget air purifier for smoke and PM 2.5 pollution that comes certified by the California Air Resources Board and EPA for environmental responsibility. It emits no ozone and uses the tried-and-true three step filtration process, along with free flowing 360-degree air intake, as with the Levoit Vista 200 (our #5 pick.)

However, unlike with the more expensive Levoit, the lighting feature on this MOOKA air purifier isn’t independently controllable. If you don’t like the mild blue glow, you must remove the LED bulbs.  Anyone looking for more outdoor options may also want to consider one of the best outdoor patio heaters. At least this isn’t particularly difficult and the manufacturer even suggests looking for tutorials on Youtube. If you have pets you want the best air purifier for pets.

1,560 Reviews
Our #7 Pick is the PARTU HEPA Filter
Check Price
WHY WE LIKE IT: This innovative air purifier for smoke combines a HEPA filter with a fragrance sponge so you can use it as a diffuser as well. It’s great for someone looking for an air purifier for use in bathrooms or smaller bedrooms and play areas.
Pros
Cons

This PARTU HEPA air purifier comes with some interesting, innovative features that set it apart from the crowd of desktop air purifiers for smoke and indoor air pollution. It may not be the quietest on the market, but it does have an ace up its sleeve in the form of a fragrance sponge that lets the PARTU filter double as an essential oil diffuser. Just add a few drops of your favorite non irritating scent and you can combine dust and pollen reduction with aromatherapy.

It also features a lock function, great for areas where the filter will be in use around kids and pets playing. This prevents, for example, your cats from “accidentally” turning the filter on or off. The heating, cooling and air section is also a great read. Also, air conditioners can help your home’s air.

In order to narrow it down to the best choices among air purifiers under $100 we identified a few different market niches and use cases for these devices, and highlighted the essential specs for each one.

Among medium sized room air purifiers and desktop air purifiers, we chose only models that came with at least federal EPA certification (California certification is a bonus) and they must filter out particles down to at least 2.5 microns in size; this makes them effective for the widely used PM 2.5 standard of air pollution. This is important since it represents some of the most harmful macroscopic pollution hazards from soot and smoke particles. They also had to be effective against VOC’s, pollen and pet dander and offer some deodorizing capability as well.

For air sanitizers such as the Pluggable Germ Guardian (our #3 pick) on the other hand, we required that they claim at least 99.6 percent sanitization efficiency and that, for photocatalytic sanitizers, a remediation system to limit ozone emissions.

Are these effective at cleaning up smokey air?

The best air purifiers for the home and office cut down significantly on smoke and PM 2.5 pollution–such as the harmful particles that cause air quality to get so hazardous around wildfires–due to a combination of true HEPA filtration and activated carbon.

How often do you have to change the filters?

Depending on the model and the size of filter, it can range from 3 to about 8 months. For sanitizers such as the Pluggable Germ Guardian, our #3 pick, the UV-C bulb must be changed every 10 months or after 4000 hours of use. 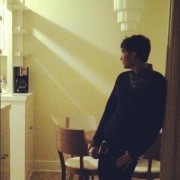 Ryan McBride is a writer based in Los Angeles. He has contributed work to magazines and sites including Gayot, Spy, Paper, Ladygunn, 3AM and the Crab Creek Review. He writes consumer reviews, essays, science and tech journalism as well as literary and art criticism.

Air Purifier vs Humidifier – Pick the Right One
February 10, 2020