After more than 16 hours of research and testing, our pick for the best 4K Blu-ray player goes to the Sony Ultra HD 4K Blu-ray player. This is an absolute dynamo, supporting Dolby Vision for outstanding color depth and contrasts. Audio is on point with no distortion or compression and streaming services like Amazon Prime Video and Netflix are integrated into the navigation options. If you want to get the best blu ray player, you need to read this guide. 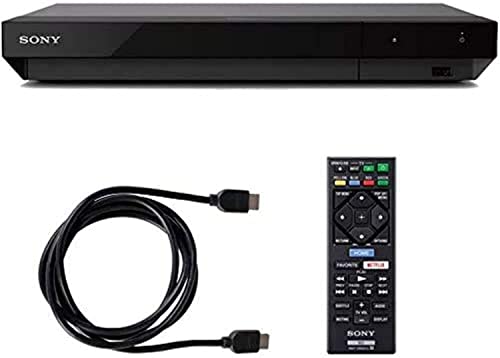 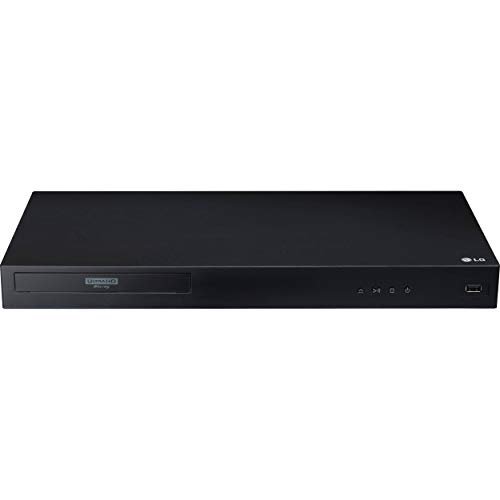 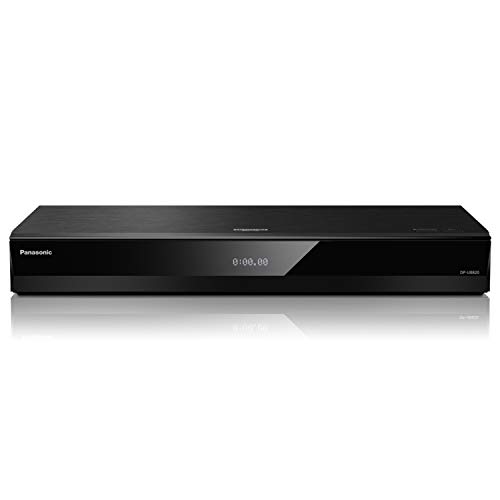 WHY WE LIKE IT: This 4K Blu-Ray player is an all-around workhorse, supporting the Dolby Vision HDR format, great for people who want the highest image quality standard possible for larger screens.

The audio and video quality on this 4K Blu-ray player is exceptional. We love its striking High Dynamic Range, which allows for a more diverse contrast of color with deeper blacks and lower lows. Rugged visuals like smokestacks will show much more rugged detail and contrasts between plumes. Advanced surround sound also sounds crisp with no distortion or compression.

We love this Sony UBP-X700 4K Ultra HD Blu-ray player’s streaming options. Its built-in streaming players include Amazon Prime Video and Netflix, two of the more popular movie options out there. This helps eliminate the need to purchase a separate accessory like the Amazon Fire Stick or the Apple TV to play. This blu-ray player will be the perfect addition to any of your best TVs.

WHY WE LIKE IT: This 4K Blu-Ray player delivers High Dynamic Range support for really sharp image reproduction and color contrast depth, making it a great choice for any room in the house.

While testing, video and audio reproduction were very sharp, with intense colors and a wide contrast range. A row of brownstone townhomes was so sharp even rows of bricks were easily discernible at a distance. This Blu-ray player also fares well with standard DVDs, capturing images in great detail.

One of our favorite features with this 4K Blu-ray player is its intuitive menu system, with a simple and straightforward design. Its Menu has neatly presented options for Movie, Music, Photos, and Settings. Multiple file types are also supported and users have the option of connecting to external storage to pull up an intuitive folder system on screen for quick file retrieval and playback. Our only knock is that there is a dearth of streaming options with no Wifi or internet-enabled, unlike other picks on our list. Once you’ve got this blu-ray player, you’ll also want to read our guide to the best 4K tv.

WHY WE LIKE IT: This 4K Blu-ray player plays media in four formats, including HDR10+, HDR10, Dolby Vision, and includes Alexa integration, especially useful for people who easily lose remotes and need an easier way to flip the channels.

Our favorite feature with this 4K Blu-ray player is its ability to play HDR10 and Dolby Vision HD Blu-ray discs. Both are set standards that support contrast depth, with Dolby Vision edging out HDR10 in terms of overall depth quality for a superior picture. This allows users to play all types of content without worrying about compatibility.192-kHz/32-bit 4-DAC-compatibility also allows for super clear audio quality.

This 4K Blu-ray player’s exhaustive menu system is packed with options, including streaming services such as Amazon Prime Video and Netflix. Other supported features include Amazon Alexa for voice commands to play, pause, fast forward, and rewind, which is a godsend for couch potatoes who cannot find a remote. Kudos for being on the slim side (8.06″ by 16.9″ by 2.5″ ) for easy placement in most entertainment centers. Consider this the ultimate audiophile Blu-ray player. This will definitely become the best Blu-ray player that you’ve ever used. Take some time to also check out our guide to the best portable dvd player. 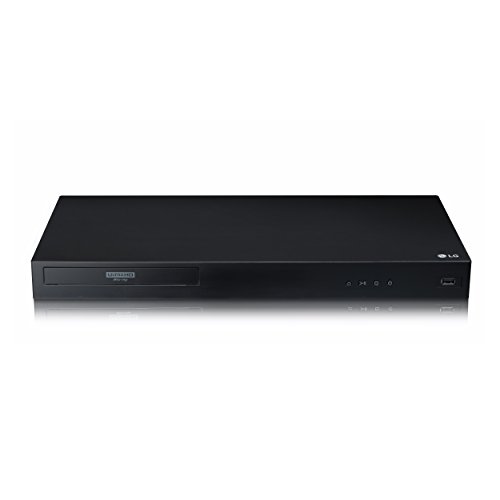 WHY WE LIKE IT: This 4K Blu-ray player supports USB connectivity and is DVD-backward compatible, making it a great option for people with large DVD collections or who want to play digital files.

The audio and video quality appear very crisp with this 4K Blu-ray player. Our only knock is that it supports HDR10 with no Dolby Vision support, which produces a higher color contrast ratio for a better-looking picture. All in all, we were very impressed with the audio and video reproduction.

This 4K Blu-ray player also has built-in Wi-Fi to connect to online video services like Netflix and Youtube. USB connectivity also allows users to play digital movies and music with easy file navigation using your remote control. We also appreciate this 4K Blu-ray player’s 17-inch wide body design, which makes it appear seamlessly integrated into most entertainment centers. Kudos for being 4K disc backward compatible, which allows users to watch standard DVDs and Blu-ray discs. If you want the perfect TV to go with your blu-ray player, our guide to the best TV brand might be a good place to start. 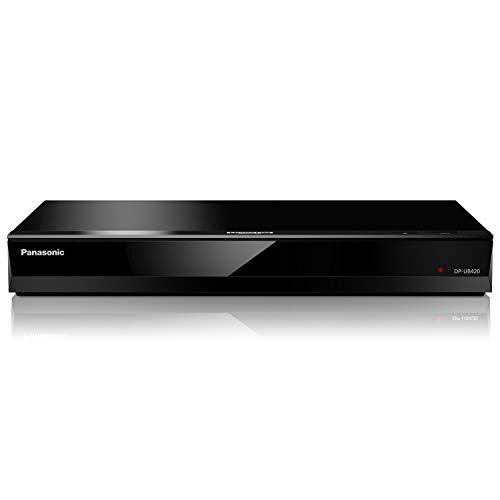 WHY WE LIKE IT: This 4K Blu-Ray player comes with HDR10 and HDR10+ compatibility and a slim, compact design, working best for people with smaller entertainment centers.

Our favorite feature is its slim profile, measuring only 12.5” wide and weighing less than 3 pounds to save space atop your entertainment center. Audio and video quality are very crisp on this device. While watching Ben Affleck’s movie “The Town” using this player, the Boston backdrop was true-to-life and very well represented with colors literally popping off the screen. Although it is not as close in quality as Dolby Vision, it is very respectable for most people.

Kudos for this 4K Blu-ray player’s integrations, including built-in streaming services and Alexa compatibility to issue quick voice commands to control video playback. It also offers backward compatible functionality with the ability to play regular DVDs. If you’re also looking for a new TV for your home, you should also read our guide to the best TV for the money. And if you still use VHS tapes, check out the best VCR DVD combo.

In determining the best 4K Blu-ray player to buy, we explored video/audio quality, 4K HDR vs. Dolby Vision integration (contrast ratios), streaming app availability, and size/profile. Audio and video quality should be sharp and crystal clear, with a wide contrast ratio. For that, all of our picks have HDR-10 or Dolby Vision, two competing standards for picture quality that measures depth and range of colors.

Look for 4K Blu-ray players with an intuitive menu system and access to several streaming apps, such as Youtube, Amazon Prime Video, and Netflix. It definitely beats having to purchase a separate device to do the same thing.

Is it worth buying a 4k Blu Ray player?

Yes, we definitely feel it is worth getting a 4K Blu Ray player. Its sharp and crisp audio and video quality are helped with a wider range of color contrasts than your standard DVD player, which means an entirely new experience when watching your favorite movie or show. Note, a 4K TV is required to take full advantage of a 4k Blu Ray player. Dolby Atmos and DTS-compatibility is also a plus.

Which is better, DVD or Blu Ray?

Blu Ray overalls better quality overall, particularly with being able to hold more data, For perspective, a standard DVD has a 4.7 GB data capacity whereas a single Blu-Ray disc can hold 25 GB of data.

What is the best 4K Blu Ray player?

In our opinion, the best 4K Blu Ray player is the Sony Ultra HD 4K Blu Ray Player. It supports Dolby Vision, which is the highest picture standard as of the time of this writing. There are also built-in streaming players like Netflix and Amazon Prime Video for easy access to your shows without the need to buy a peripheral. It should also be the best region free 4K Blu-ray player.

What other 4K Blu Ray players do you recommend? 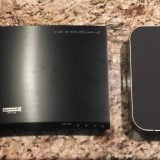 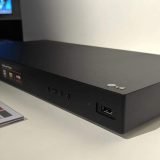 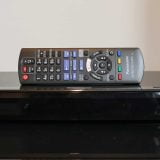 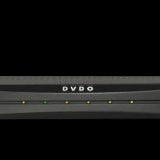 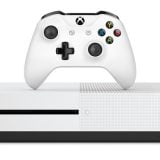