iPad Keyboard cases are plentiful but few are any good. The problem is that most compromise good form and function for price. As we’ve seen recently, even Logitech, who in the past has been a personal favorite with iOS accessories, has succeeded in producing some surprisingly mediocre cases while still maintaining a premium price point. So far Logitech has led the way with top-of-the-line keyboard cases; considering the lack of overall finesse, I tried one of Belkin’s, the QODE Ultimate Keyboard Case. And it’s pretty dashing.

The QODE Ultimate Keyboard comes with almost all the bells and whistles you could dream of on an iPad keyboard case, even if it’s not the greatest iPad mini keyboard. It has a full keyboard with a dedicated tab and caps lock keys, which is unprecedented for a keyboard of this size. Most iPad keyboards worth their weight double those keys with the Q and A keys, respectively; as dedicated keys, it pushes all of the keys to the right, which in turn aligns the number row much more closely to the rest of the keyboard (though on the right hand the 8, 9, and 0 buttons are noticeably out of place, too far to the left). This design helps maintain continuity for users who use their iPads and — what an absurd idea — their standard computing devices like laptops and desktops.

The keys themselves are small yet easy presses. They have good weight, and the chiclet design works extremely well to give all of the keys the necessary space per finger press. I’ve never had any issue typing at high speed with the QODE, which for most iPad keyboards just isn’t possible, though users with larger hands will have trouble with the small keys. The inclusion of some simple secondary functions like pulling up the multi-task menu, enabling the virtual keyboard, and the lock function sharing the home button are just smart and “duh” features that for some reason no one else has properly done. Belkin even includes a dedicated Siri activation key, which is great…if you actually use Siri. On the iPad. Can you hear me Apple? 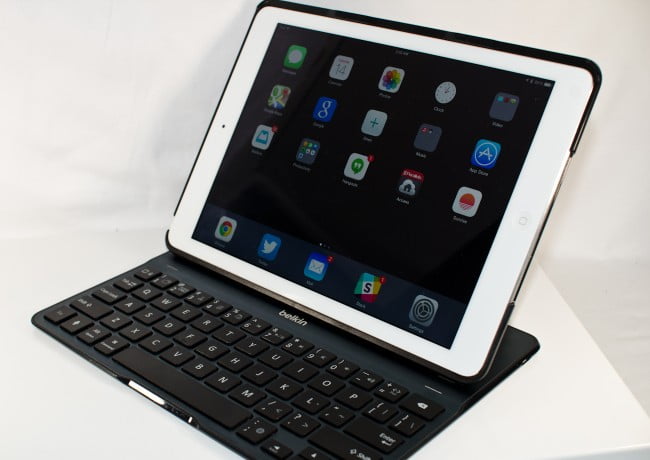 Typing on the QODE is good, not great. Aside from the size of the keys, the one major fault is that the semicolon key has been moved from the middle row to the bottom, beside the spacebar. While the rest of the keyboard screams “use me like you would any keyboard!”, this one change is a fairly drastic one, especially if you’re a fan of the rarely-used punctuation mark. Even as I type this review on the keyboard I hesitate to write anything which would call for a semicolon or, gasp, even a colon. Then again, perhaps Belkin has the data to show that no, most people don’t even know what it’s used for, let alone why it’s on the keyboard in the first place.

Unlike competing cases, the QODE Ultimate Keyboard has a very perplexing design, one that’s almost ugly but is more like long lost stepchild from a family of beautiful people. The keyboard is simple and almost chic with a shale-blue finish and dull black keys, covered with a black bezel. Completely metal and almost exclusively battery, the cover and keyboard part of the case is thin, clean, and only slightly pushy but in a nice, friendly way. And when the Air is holstered and you plug away at the keys, it looks very good from the front.

From the side is a completely different story. The leatherback sticks out like a firm washcloth. It protrudes beyond the cover and just looks strange. Sticking out like this is almost like skin, and in fact, it is quite useful because it gives the Air a little bit of leeway when magnetically connected to the keyboard. You can tilt the screen back and forth a good 20 degrees, which is completely useless. Thankfully, there are three tilt “settings”, which are really just three spots on the cover where the iPad can stick, and each holds the iPad steady at a different angle. And if you seat it as upright as possible, this little leather fold can be inverted to put the iPad at a sharp 85-degree angle. It’s not exactly steady, but it’s much more convenient when flat on your back (or close to it). 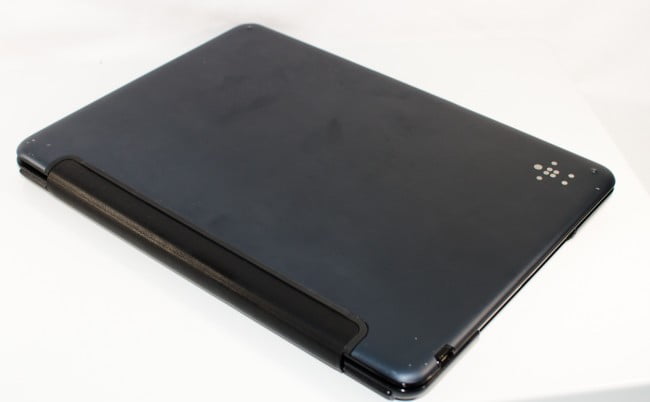 The iPad itself is housed in a cheap-feeling plastic frame, though it holds well. There are no buttons on the case anywhere; the magnetic lock is the only way to turn the keyboard on, and if it’s not connected the keyboard stays off. There’s only one MicroUSB charge port for what Belkin promises is six months of charge (per two hours of use daily), and after a good month of heavy use, I haven’t had to charge it once.

Sadly, there’s one excruciating thing missing from Belkin’s top-notch iPad keyboard case: no magnetic lock shutoff mechanism. If you want to close the lid to lock the screen, like you would with any “smart” case or cover since Apple released the iPad 2 over three years ago, too bad. Apple changed how the lock mechanism works slightly on the Air and Belkin didn’t incorporate those changes into the QODE Ultimate. When I first sat down to complete this review, I felt that this was a dealbreaker. However, since then I’ve tested the competition and nearly all have failed to produce a case that can actually stay closed. Ironically, the QODE does have a magnet to keep it closed…it just doesn’t lock the screen.

When I asked why the company didn’t include the feature, Belkin responded by saying that they shipped knowing that feature wasn’t included because Apple made the change, and that it’ll be in the next model.

Belkin has built a strangely great case, one that is quirky and highly functional. It looks both raggedy and clean; it feels both accurate yet small. The mixture of features and functions is both ahead of the curve and behind it. This duplicity points to an argument with the product design; maybe there are just too many cooks in the Belkin product management kitchen. I know what that’s like. Yet somehow it came together to be an overall good product.

For typists, I recommend sticking with the Logitech Ultrathin Keyboard Cover, which has the best-in-class type experience you can get for the iPad Air. For a case, however, if you just turn off the magnetic lock on the iPad for Logitech’s Protective Keyboard Folio you might have a slightly better experience, though without as many features and without such a clean keyboard. Moreover, other Logitech options include the Logitech Bluetooth illuminated keyboard K810 and the Logitech K811 Bluetooth easy switch keyboard. But, if you want a keyboard for the Galaxy Tab, you’re better off with the Zaggfolio for Samsung Galaxy 10.1 tab. 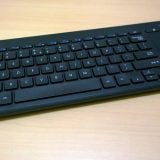 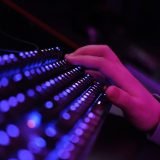 How to Replace Keyboard Keys 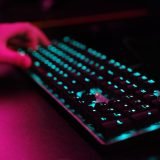 How Many Keys Are On a Keyboard? 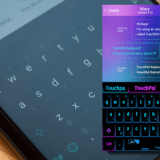 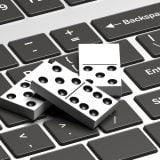 How to Fix a Keyboard