Pretty much everyone knows that smartphones are the Best GPS Tracker options available in the market. But that doesn’t mean that GPS trackers like the Bad Elf 2200 GPS Pro are completely irrelevant. It offers so much for its price, that it pretty much deserves to be on top of your shortlist if you’re looking for the Best GPS Tracker For Hiking on a small budget. 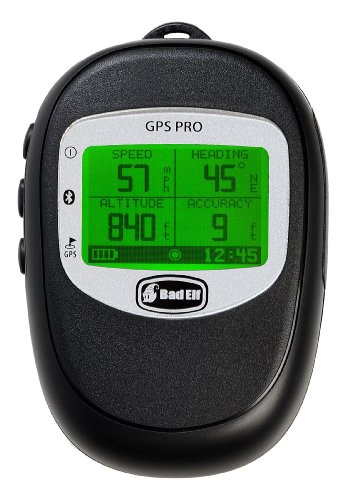 Putting aside very slight inaccuracies, the Bad Elf 2200 GPS Pro is a fantastic GPS receiver overall. Its main appeal is its relatively affordable price point, which makes it stay relevant even in today’s smartphone age. As far as GPS data trackers go, this is pretty much as good as it gets below 200 bucks.

The Bad Elf GPS Pro is a fantastic performer, albeit slightly inaccurate. But it’s expected, as this GPS data logging device was released almost nine years ago originally. That’s why you can quite easily connect it to older devices like the Fifth Generation iPod Touch, iPad Mini, etc. However, on newer devices with newer versions of iOS, you’ll face issues.

Bad Elf products historically have had fantastic battery life. And this Bluetooth GPS receiver is no different. In the stand-alone data logging mode, it lasts about 35 hours. The number is the same for standby mode, but you’ll rarely be using it in those modes. If you’re a regular traveler, you can expect somewhere around 16 hours of battery life.

While the Bad Elf GPS Pro is nothing like the Garmin inReach Tracking device, it still has some of the more simplistic interfaces you’ll see in a Bluetooth GPS receiver. It even includes a mini USB cable right in the box that you can use with a vehicle USB charger.

For a tracking device that provides location based tracking data, it’s fairly well built. The outside plastic shell does feel slightly cheap, but it works great. And it’s matte black, which means it won’t get scuffed up easily with falls and rough use. Unlike the Garmin Montana 680, it only has IPX4 certified water protection.

For just 150 bucks, no other GPS receiver comes even close to this one in terms of usability. The Bad Elf GPS Pro will definitely be the perfect choice for you if you’re looking for a GPS tracker for cheap.

The Bad Elf 2200 GPS Pro might not come with the greatest display of all time or come with the most amount of functions. But what’s important is, it still works well and is still usable almost nine years later.